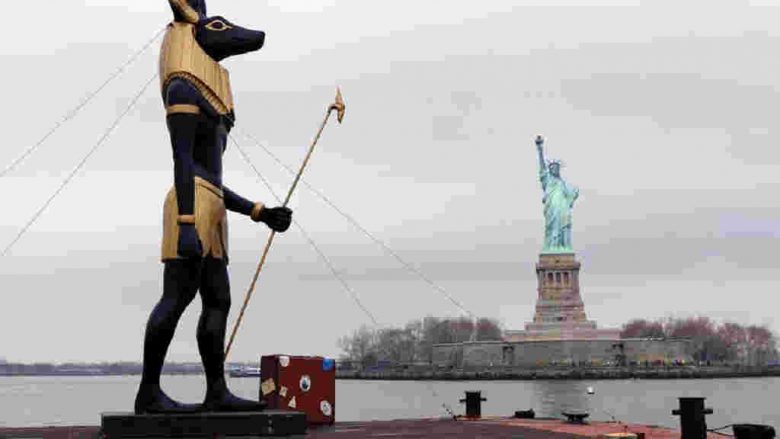 “My name is Ozymandias, king of kings: Look on my works, ye Mighty, and despair!” So goes a line in Percy Bysshe Shelley’s poem about Ramesses II, a pharaoh of Egypt.

Every Christian knows from Revelation 19:16 and 17:14 that Jesus Christ is “King of kings” and “Lord of lords”. But many may not know that Ramesses II, who was known to the Greeks as Osymandyas, the pharaoh of Egypt at the time of Exodus, declared himself as “king of kings”. The Greek historian Diodorus Siculus, circa 80-20 BC, found in the land of Egypt, in his day, a stone statue with the inscription, “King of Kings am I, Osymandyas. If anyone would know how great I am and where I lie, let him surpass one of my works” (ref. 1). It is from this passage of Diodorus that Shelley’s famous line comes.

“I met a traveller from an antique land
Who said: Two vast and trunkless legs of stone
Stand in the desert. Near them, on the sand,
Half sunk, a shattered visage lies, whose frown,
And wrinkled lip, and sneer of cold command,
Tell that its sculptor well those passions read
Which yet survive, stamped on these lifeless things,
The hand that mocked them, and the heart that fed:
And on the pedestal these words appear:
‘My name is Ozymandias, king of kings:
Look on my works, ye Mighty, and despair!’
Nothing beside remains. Round the decay
Of that colossal wreck, boundless and bare
The lone and level sands stretch far away.”

Read simply and out of context, Shelley’s poem seems to mock Ramesses II. This king of Egypt who boasted of his works and many colossal statues now has nothing left to show because it has all been swept away by the sands of time. And since Ramesses II was an opponent of Almighty God and Moses and Israel, one might think that Shelley here was for Christ.

But Percy Shelley was no Christian. Quite the opposite. His second wife, Mary Shelley, is renowned for “Frankenstein”, a gothic story about a monstrous corpse being brought to life, as if a scientist could have the power to breathed life just like God. His other famous work is “Prometheus Unbound”, wherein he compares Prometheus, a hero of Greek myth, to Milton’s Satan in “Paradise Lost”.

So what was Shelley really trying to say with his poem Ozymandias?

To properly understand this poem, one must read it knowing the entire gamut of time, and also read it in the context of Shelley’s era.

The Bible explains that Satan will have eight special kingdoms throughout time, past and future (ref. Revelation 17:9-11). The first is Egypt, and the final is Mystery Babylon.

And here is the mind which hath wisdom. The seven heads are seven mountains, on which the woman sitteth. And there are seven kings: five are fallen, and one is, and the other is not yet come; and when he cometh, he must continue a short space. And the beast that was, and is not, even he is the eighth, and is of the seven, and goeth into perdition.

Shelley’s poem was published in 1818. That was three years after the end of the war that started in 1812 between the British Empire and the United States of America. The war of 1812, in particular the Battle of Fort McHenry, inspired the anthem “The Star-Spangled Banner”, because many among the British who were against God were surprised and filled with joy when they found out that the USA would continue as a nation despite losing the war of 1812, a war in which the redcoats reached Washington DC and burnt down the White House and the Capitol.

“And the rocket’s red glare, the bombs bursting in air
Gave proof through the night that our flag was still there
O say does that star-spangled banner yet wave
O’er the land of the free and the home of the brave”

I think, Shelley intended his poem in 1818, a 14 line sonnet, to pay homage to the emerging USA, the promised land of Satan.

Shelley’s focus on the legs of stone, and its feet above the pedestal, alludes to the legs and feet and ten toes of the statue of Daniel 2, in other words, the seventh and eighth kingdoms of Satan. So, when the inscription reads “Look on my works, ye Mighty, and despair!”, what Shelley is actually saying is that these two final kingdoms of Satan will devastate the world such that nothing beside remains.

This is the cryptic boast of Shelley’s Ozymandias.

As for why Ramesses II described himself “king of kings” like Almighty God, the spirit that guided Ramesses II was of course Lucifer, the one that considers himself “like the most High” (ref. Isaiah 14:14).

Just as the first Babylon considered itself king of kings, so too the final Babylon (ref. Revelation 17:18).

And the woman which thou sawest is that great city [lit. polis, as in civilisation], which reigneth over the kings of the earth.

In case you think I am reading too much into Shelley’s poem, consider the poem on the same subject by Horace Smith, someone who was within Shelley’s literary circle. Smith’s poem was also published in 1818.

“In Egypt’s sandy silence, all alone
Stands a gigantic Leg, which far off throws
The only shadow that the Desert knows –
‘I am the great OZYMANDIAS,’ saith the stone,
‘The King of Kings; this mighty City shows
The wonders of my hand.’ – The City’s gone –
Naught but the Leg remaining to disclose
The Site of this forgotten Babylon.
We wonder – and some Hunter may express
Wonder like ours, when through the wilderness
Where London stood, holding the wolf in chase,
He meets some fragment huge, and stops to guess
What powerful but unrecorded race
Once dwelt in that annihilated place.”

Smith’s, however, clearly mentions Babylon, describing the Egypt of antiquity as a “forgotten Babylon”. Remember, Satan is to have eight kingdoms throughout time. Since all eight are evil, the first is no different from the final. Therefore, all eight are a kind of Babylon.

So he carried me away in the spirit into the wilderness: and I saw a woman sit upon a scarlet coloured beast, full of names of blasphemy, having seven heads and ten horns… And upon her forehead was a name written, MYSTERY, BABYLON THE GREAT…

Furthermore, the poem reads, this final Babylon, though “powerful”, will one day be “annihilated” (ref. Revelation 18:8).

Therefore shall her plagues come in one day, death, and mourning, and famine; and she shall be utterly burned with fire: for strong is the Lord God who judgeth her.

While I am not sure which side Horace Smith was on, Percy Shelley certainly spoke for Satan. This explains the inscription of Shelley’s effort, “Look on my works, ye Mighty, and despair!”, which is quite different from Diodorus’s passage, the archaeological evidence if you will.

In the movie “Alien: Covenant” (2017), there is a scene where the AI robot David recites Shelley’s Ozymandias, as he retells the day he killed the entire civilisation of the Engineers through a black bio-weapon that falls from the sky in the shape of a DNA double-helix.

You see, Satan is very pleased with the bio-weapon that his minions have CRISPR-ed, known to the world as SARS-COV-2, a weapon that is killing friend and foe alike, a weapon that is even injuring and killing the young and the unborn (ref. 2).

And whosoever shall offend one of these little ones that believe in me, it is better for him that a millstone were hanged about his neck, and he were cast into the sea.

And a mighty angel took up a stone like a great millstone, and cast it into the sea, saying, Thus with violence shall that great city Babylon be thrown down, and shall be found no more at all.

Besides that, Babylon and the others of the west are arrogant that their nuclear deterrent can protect them, dismissing the prophecy of Jeremiah 51:53-56.

Though Babylon should mount up to heaven, and though she should fortify the height of her strength, yet from me shall spoilers come unto her, saith the LORD… Because the spoiler is come upon her, even upon Babylon, and her mighty men are taken, every one of their bows is broken: for the LORD God of recompences shall surely requite.

It is foretold in scripture that a day will come when the west shall fear the name of the LORD, and fear his glory from the rising of the sun.

According to their deeds, accordingly he will repay, fury to his adversaries, recompence to his enemies; to the islands he will repay recompence. So shall they fear the name of the LORD from the west, and his glory from the rising of the sun…

Satan might have said, “My name is Ozymandias, king of kings: Look on my works, ye Mighty, and despair!”

Even so, in time, it will be they who serve Satan that will despair.

God says in Psalms 46, for when the earth is removed and when the mountains are carried into the midst of the sea and when the waters thereof roar: behold, the works of the LORD.

In these last days, when the Pacific ring of fire erupts, some will tremble while others will be still. 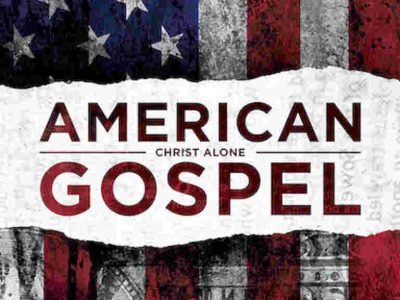 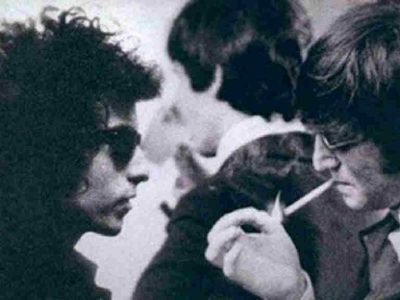 Bob Dylan’s song “All Along the Watchtower” speaks of Mystery Babylon, confusion, and princes
It is said, Bob Dylan introduced the Beatles to marijuana when the Beatles were in… 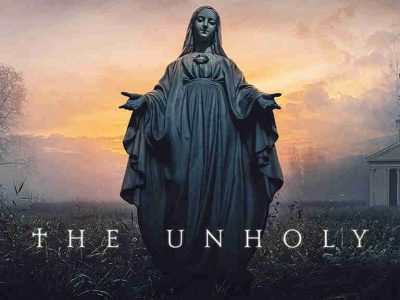 Mary, the mother of Jesus Christ, is not “the queen of heaven”
Mary, who was filled with the Holy Spirit and who gave birth to Jesus Christ,…
Buy a book to support this site: