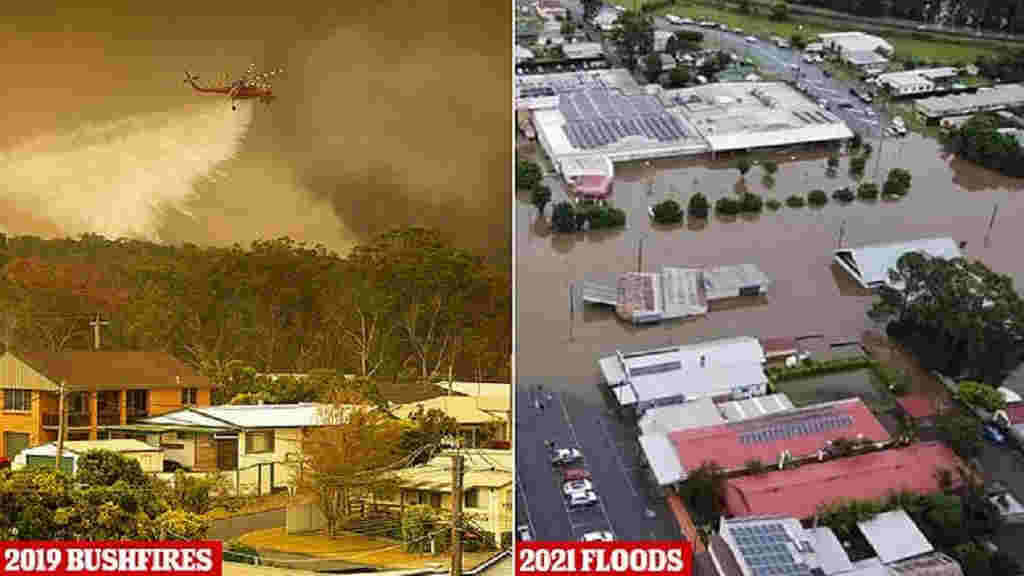 In New South Wales, Australia, record-breaking rainfall over several days, described by meteorologists as a “once in a century” event, has burst the banks of some twenty rivers, flooded several towns, and forced thousands to evacuate their homes (ref. 1). Notably, Port Macquarie (ref. 2) and west of Sydney (ref. 3) are swamped. Sydney’s largest dam at Warragamba is overflowing (ref. 4). And more rain is expected in the coming days.

So far, thirty-eight areas have been declared a national disaster.

Meteorologists say, what is unusual about the rain event is how widespread it is (ref. 1). Normally, rain might hammer one specific location. This time, vast swathes of New South Wales have been hammered. Not only that. There are also heavy rains and consequent floods in parts of Queensland (ref. 5) and outback South Australia (ref. 6).

By the way, don’t be deceived by the rhetoric of “climate change”. Don’t confuse a sign from God with chance.

The LORD is slow to anger, and great in power, and will not at all acquit the wicked: the LORD hath his way in the whirlwind and in the storm, and the clouds are the dust of his feet.

Now, the flooding of Port Macquarie is noteworthy because a year or so ago Port Macquarie experienced bush fires that were so intense that the sky turned red (ref. 7)

For those who don’t know, Port Macquarie is named after Lachlan Macquarie, a British Army officer from Scotland and the Governor of New South Wales from 1810 to 1821. In the early 1800s, Freemasonry including Scottish Rite was proscribed throughout the British Empire (ref. 8). It was proscribed because Freemasons sided with Napoleon’s France and with revolutionary North America, both of which were at war against the British Empire. As late as 1803, Masonic meetings were outlawed in Sydney. Things changed after 1810, and the rest as they say is history.

Today, Freemasons are entrenched in this country, and powerful. The Liberal Party of Australia was founded by Robert Menzies, a renowned Freemason, the same person who created ASIO. The Liberals constitute the entire, current right-wing of politics. No doubt, there are Freemasons also in the Labor Party, as Bob Hawke once let slip in an interview (ref. 9). Hawke, of course, secretly worked for the CIA during the Whitlam era (ref. 10).

For Australia, it remains to be seen whether the end comes on the day of the LORD, or sometime during the Millennial Reign of Jesus Christ.

Will war and Armageddon be enough? Or will it be a rod of iron and the pillars of the earth that correct this country?

Ask of me, and I shall give thee the heathen for thine inheritance, and the uttermost parts of the earth for thy possession. Thou shalt break them with a rod of iron; thou shalt dash them in pieces like a potter’s vessel.

Either way, the end is coming!