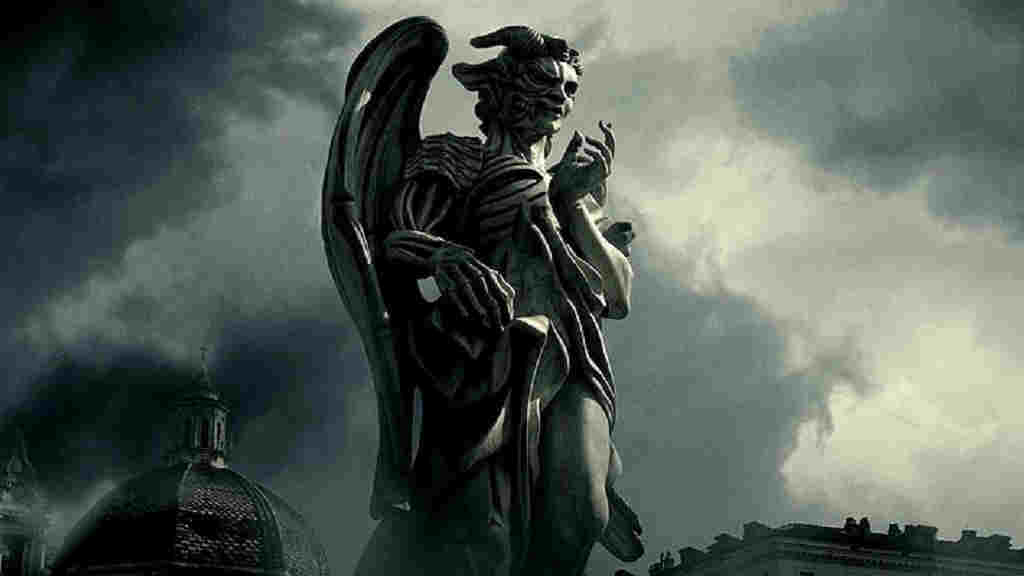 At the birth of Jesus Christ, the Son of man, in a manger in Bethlehem, an angel of the Lord proclaimed the good news to some shepherds who were watching over their flock in the field.

And the angel said unto them, Fear not: for, behold, I bring you good tidings of great joy, which shall be to all people. For unto you is born this day in the city of David a Saviour, which is Christ the Lord.

And then, a multitude of the heavenly host appeared as well to praise God, saying these words: “Glory to God”.

Glory to God in the highest, and on earth peace, good will toward men.

Let me now explain the meaning of the proclamation “Glory to God”.

According to the Oxford English Dictionary, “glory” especially as it relates to God refers to magnificence or an effulgence of light.

To be sure, the glory of God is light and brightness.

And Moses and Aaron went from the presence of the assembly unto the door of the tabernacle of the congregation, and they fell upon their faces: and the glory of the LORD appeared unto them.

Then the glory of the LORD went up from the cherub, and stood over the threshold of the house; and the house was filled with the cloud, and the court was full of the brightness of the LORD’s glory.

And light shines and pierces through darkness, metaphorically.

Then spake Jesus again unto them, saying, I am the light of the world: he that followeth me shall not walk in darkness, but shall have the light of life.

And the light shineth in darkness; and the darkness comprehended it not.

Furthermore, the heavens and all of creation do declare the glory of God (ref. Psalms 19:1), that is to say, the magnificence of God.

But of glory, there is yet another sense.

In times past, during the age of empires, for instance, glory was inextricably linked to war. Specifically, glory is accomplished through victory in war.

You see it among soldiers, in movies for instance, when a battle goes their way and victory is almost assured, there is an elation that something momentous and superb has been achieved. This is glory.

The day of the LORD, the Second Coming of Jesus Christ, is sometimes described as judgement day. It is the culmination of the seven trumpets and seven vials of God’s wrath upon a world that has embraced evil – a world that must end.

In Revelation 14, it is prophesied that before the end of the world, an angel in heaven carrying the gospel, which the two witnesses will preach to every nation, and kindred, and tongue, and people, will proclaim yet again, glory to God.

And I saw another angel fly in the midst of heaven, having the everlasting gospel to preach unto them that dwell on the earth, and to every nation, and kindred, and tongue, and people, Saying with a loud voice, Fear God, and give glory to him; for the hour of his judgment is come: and worship him that made heaven, and earth, and the sea, and the fountains of waters.

Glory to God, because God will be victorious.

Remember, the end begins when war breaks out in heaven, after Satan and his angels openly rebel against God (ref. Revelation 12:7-9).

This war spills on to earth. Satan’s armies and agents here on earth join the fallen angels, also known as demons, and wreak havoc, attacking in particular but not exclusively Jews (ref. Revelation 12:13, Zechariah 12:2-3) who are the people of God (ref. Jeremiah 51:45, etc) and Christians who have the testimony of Jesus Christ (ref Revelation 12:17, Revelation 20:4).

And when the dragon saw that he was cast unto the earth, he persecuted the woman which brought forth the man child… And the dragon was wroth with the woman, and went to make war with the remnant of her seed, which keep the commandments of God, and have the testimony of Jesus Christ.

Their objective is to destroy as many souls as possible (ref. Daniel 11:44).

… he shall go forth with great fury to destroy, and utterly to make away many.

This evil explains why Jesus Christ, who is also the LORD of hosts, makes war here on earth in righteousness (ref. Revelation 19:11-21).

And I saw heaven opened, and behold a white horse; and he that sat upon him was called Faithful and True, and in righteousness he doth judge and make war. His eyes were as a flame of fire, and on his head were many crowns; and he had a name written, that no man knew, but he himself. And he was clothed with a vesture dipped in blood: and his name is called The Word of God… and he treadeth the winepress of the fierceness and wrath of Almighty God.

This righteous war, which will culminate in Armageddon, is part of God’s judgement.

That at the name of Jesus every knee should bow, of things in heaven, and things in earth, and things under the earth; And that every tongue should confess that Jesus Christ is Lord, to the glory of God the Father.

Indeed, the Word of God was made flesh that he might destroy the works of the devil (ref. 1 John 3:8).

… For this purpose the Son of God was manifested, that he might destroy the works of the devil.

This explains why at the time of his birth in Bethlehem as the Son of man, it was already proclaimed, glory to God.

The Son of man himself said, he came not to bring peace to the world, but to give the world a sword.

The sword he meant, of course, was the Bible, the Word of God, sharper than any two-edged sword.

For the word of God is quick, and powerful, and sharper than any twoedged sword, piercing even to the dividing asunder of soul and spirit, and of the joints and marrow, and is a discerner of the thoughts and intents of the heart.

A sword for the world that the devil might be defeated through war.

As Paul said, Christians are soldiers of Christ (ref. 2 Timothy 2:3-4), fighting the good fight (ref. 2 Timothy 4:7), trying to save as many souls as possible. Ours is an information war, but a war nonetheless.

This is not the sort of war where one cedes ground and accommodates the enemy (ref. 2 Corinthians 6:15-18). Neither is it the sort where one surrenders (ref. 1 Timothy 6:12).

Christians can fight the good fight, even during the perilous times of the tribulation (ref. Daniel 11:33), because of the resurrection and because of faith that the dead in Christ will be resurrected.

The resurrection is key to Christ’s victory over the devil. For this reason, there is glory in the crucifixion and resurrection of the Son of man (ref. Isaiah 53, John 12:27-28).

Now is my soul troubled; and what shall I say? Father, save me from this hour: but for this cause came I unto this hour. Father, glorify thy name. Then came there a voice from heaven, saying, I have both glorified it, and will glorify it again.

Ever since Eve’s transgression, the beginning of evil, evil has caused tremendous suffering and injustice in the world.

Blessed are they which do hunger and thirst for righteousness: for they shall be filled.

Now, finally, in these last days, the time has come for evil to be destroyed.

Let them give glory unto the LORD, and declare his praise in the islands. The LORD shall go forth as a mighty man, he shall stir up jealousy like a man of war: he shall cry, yea, roar; he shall prevail against his enemies. I have long time holden my peace; I have been still, and refrained myself: now will I cry like a travailing woman; I will destroy and devour at once… And I will bring the blind by a way that they knew not; I will lead them in paths that they have not known: I will make darkness light before them, and crooked things straight. These things will I do unto them, and not forsake them. They shall be turned back, they shall be greatly ashamed, that trust in graven images, that say to the molten images, Ye are our gods.

I am the LORD: that is my name: and my glory will I not give to another, neither my praise to graven images.

Now, all who fight for these pretenders and many who continue to worship them will be undone (ref. Revelation 9:18-21).

Those on the correct side of this righteous world war, serving in the armies of the kings of the east, for instance, whether they understand the reason why or not, will have the occasion, as they charge towards the enemy as part of a modern-day cavalry, to cry out with glory, “For God and country!”