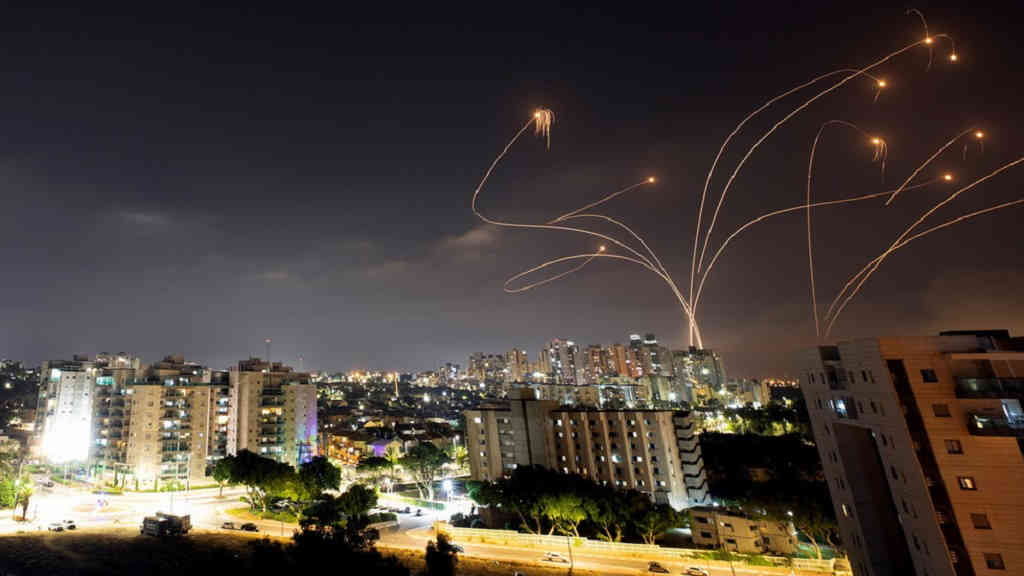 This year, on Jerusalem Day, which celebrates the capture of the city during the Six Day War of 1967, Hamas issued an ultimatum to Israel: withdraw all security forces from the Temple Mount and the Sheikh Jarrah neighbourhood in east Jerusalem by 6 pm, and furthermore release all Palestinians that have been detained over the last few days for rioting by that time, or else – Hamas did not elaborate on the specifics of what they would do (ref. 1).

Needless to say, the government of Israel did not and could not accept the demands of the ultimatum, and so the terror organisation Hamas as well as other Palestinian jihadi organisations entered into a state of war against Israel.

Once the deadline passed, over two hundred rockets were fired from Gaza at southern Israel (ref. 2). Israel responded by carrying out airstrikes against one hundred and thirty targets in Gaza (ref. 2). In retaliation to that, Hamas fired rockets at Tel Aviv (ref. 3). A spokesperson for the IDF, Lt.-Col. Jonathan Conricus, reported that in all over five hundred rockets have been fired from Gaza and about one-third of that fell short and landed in Gaza (ref. 4).

Since the onset of hostilities, Israel’s Iron Dome Aerial Defence System has been intercepting many of the rockets.

However, given the number of rockets fired, a few have managed to get through and hit houses. As of now, two Israelis and one Indian ex-pat have been killed, and according to the other side twenty-eight in Gaza have died (ref. 4).

It should be noticed that Israel is targeting militants (ref. 5) but Hamas is firing at civilians.

Now, about the IDF military exercise “Chariots of Fire”, apparently, IDF Chief of Staff Lt. Gen. Aviv Kohavi has decided to stop the exercise because elements of the IDF are currently involved in an actual war against Gaza and so this is not the time to drill (ref. 6).

Chariots of Fire, which was planned months ago, happens to coincide with the difficult security situation unfolding now, yet it is no mere coincidence. I see Chariots of Fire as a message from God. I explained it the other day.

There is one thing I missed. The expression “Chariots of Fire” in English does appear in the KJV Bible 1769, specifically 2 Kings 6:17. There, the Hebrew is “רכב אש”, and so “chariot” is “rekeb”. There, chariot means a fiery carriage of an angel.

The Hebrew name of the IDF’s exercise is “מרכבות האש”, and so “chariot” is “merkava”. Here, by contrast, chariot means a tank.

So you see, the IDF could not have gotten the expression “Chariots of Fire” from 2 Kings 6:17. It must have been inspired.

Is this the start of the final war of mankind? Will the Assyrian make his move?

There is some indication from the leaders of Turkey (ref. 7) and Iran (ref. 8) that something is afoot.

At any rate, the two witnesses must appear in Jerusalem first. Together with the Holy Spirit, they will guide Israel and the world. Prophetically, there must be a temple of God and an oblation to God before the final forty-two months.

It is interesting also that Chariots of Fire was supposed to go on until the end of May.

I do not know when the two witnesses will come, or even whether this month of May is significant, but it does seem like the world is on the cusp of seeing something irrefutable.