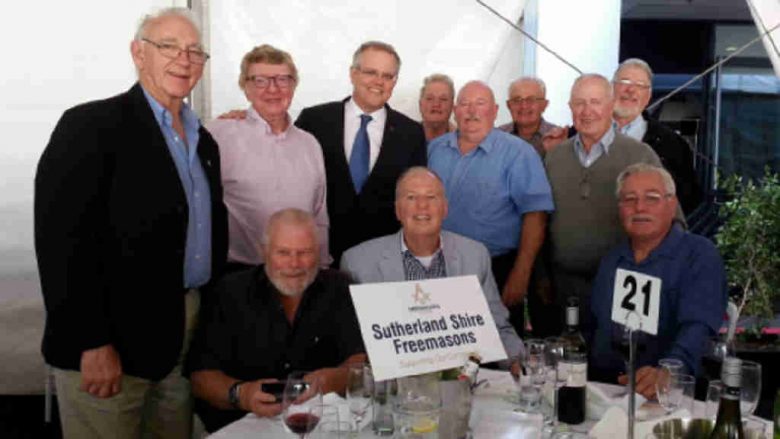 Earlier this year, reportedly nine UFOs were seen on radar swarming a US navy ship at speeds up to 160 mph (ref. 2). While a UFO that appears on radar might well be an advanced drone of China or Russia, or altogether fake news, I want to now address the other kind of UFO that the American military has previously spoken about, namely the phenomena of spheres of light.

In 1967, American soldiers at Montana’s Malmstrom Air Force Base, including one Capt. Robert Salas, saw with their own eyes a glowing spherical light that managed to disable all ten nuclear missiles at that base (ref. 3). The light could move in a very unmechanical way and it made no sound.

Separately, in 1964, at California’s Vandenberg Air Force Base, during a test flight of a three-stage Atlas rocket, one Lt. Robert Jacobs, a photo-optical instrument officer, caught on film what appears to be a saucer-shaped craft that shot several beams of light at the warhead from different angles, causing the warhead to be knocked out of its trajectory back to the earth (ref. 4). This so-called flying saucer, if it was what I think it was, would have also been a sphere of light.

In the forthcoming world war, out of desperation, America will try to use nuclear weapons against her foes, the kings of the east. The Bible prophesies that God will send “spoilers” and consequently America’s nuclear weapons will fail (ref. Jeremiah 51:53-56). These spoilers that will cause America’s weapons to fail are angels of God!

It is written, “every one of their bows” shall be broken!

Because the spoiler is come upon her, even upon Babylon, and her mighty men are taken, every one of their bows is broken: for the LORD God of recompences shall surely requite.

You might say, wait, America has the likes of the B61-12 nuclear gravity bombs, which can be dropped by bombers and even fighter jets.

To this, I should remind that angels can also easily bring down aircraft, anything powered by a jet engine. Certainly, demons have done it before! In recent years, civilian jetliners have been brought down unnaturally and inexplicably.

Furthermore, I imagine propeller based planes and also helicopters can be made to malfunction while in flight.

That leaves backpack or suitcase nukes, and clandestine operations.

But God is omniscient. There is no secret operation that can be hid from him.

Now, I am not saying that every American attack will be stopped.

What is for sure is that America will lose this war. What I am saying is that only one side will be carpet bombed into oblivion.

… the LORD of hosts mustereth the host of the battle. They come from a far country, from the end of heaven, even the LORD, and the weapons of his indignation, to destroy the whole land. Howl ye; for the day of the LORD is at hand; it shall come as a destruction from the Almighty.

The American novelist Cormac McCarthy imagined the future in his book “The Road”.

The land shall be utterly emptied, and utterly spoiled: for the LORD hath spoken this word… Therefore hath the curse devoured the earth, and they that dwell therein are desolate: therefore the inhabitants of the earth are burned, and few men left.

The few men left would have taken the mark of the beast, and so they are condemned. Eventually, there will be no humans in Babylon.

The “land” or “earth” in Isaiah 24 in Hebrew is eretz. It does not mean the whole world. Rather, it refers to Mystery Babylon, which sits upon many waters (ref. Revelation 17:1). Remember, geographically America is not only in North America. There are islands in Asia that are a part of America. There are even military bases across various countries that are technically America. This is why Isaiah 24 reads the way it does.

Isaiah 24 also warns “the kings of the earth” of their fate – those who intend to align with Mystery Babylon, also known as the beast of the earth.

And it shall come to pass in that day, that the LORD shall punish the host of the high ones that are on high, and the kings of the earth upon the earth.

I find it curious that since Federation 1901, almost every prime minister of Australia on the right has been a Freemason. The few that were not were still connected in some way to evil spirits.

Check this out, from an Australian Freemasonry website, mof.org.au (ref 6):

The 10th prime minister, Joseph Lyons of the United Australia Party, was strictly speaking on the right, but he was no Freemason. His party, which split from the right faction of Labor, was usurped and then dismembered by Menzies, the founder of the Liberal Party of Australia.

The 17th prime minister, Harold Holt of the Liberal Party of Australia, who is also not on the list, mysteriously disappeared while in office in 1967 and was pronounced dead.

The 22nd prime minister, Malcolm Fraser of the Liberal Party of Australia, famously sided with America and the CIA in dismissing Labor’s Gough Whitlam who had wanted to shutter the CIA facility Pine Gap.

The 28th prime minister, Tony Abbott of the Liberal Party of Australia, admitted to having smoked marijuana (ref. 7). He famously mixed up the pronouns “you” and “I” when he threatened to shirtfront Mr Putin (ref. 8) as if a voice in his head told him to say what he did.

The 29th prime minister, Malcolm Turnbull of the Liberal Party of Australia, likewise admitted to having smoked marijuana (ref. 9).

That leaves only the incumbent, Scott Morrison.

This is not to say that there have not been any prime ministers on the left in the secret society of Freemasonry. Bob Hawke once slipped during an interview about “Masons” and Catholics within the Australian Labor Party enraged at each other, before the Catholics left and formed the Democratic Labour Party (ref. 10). This is the same Hawke that spied for the CIA during the Whitlam era while he was a Member of Parliament and within Whitlam’s inner circle (ref. 11).

It must be said, the federal electorate of Cook in NSW includes Sutherland Shire. So, Morrison might have been there as the local MP, or to support Sutherland Shire Freemasons as a benefactor, or as a Freemason. Only God knows which is the case.

Therefore judge nothing before the time, until the Lord come, who both will bring to light the hidden things of darkness, and will make manifest the counsels of the hearts…

If the Morrison government is indeed a certain way, then it is no wonder that Australia is on a war footing against China. Even the premier of the state of WA, Mark McGowan of the Australian Labor Party, has described the Morrison government’s sabre rattling against China as “insane” and “off the planet” (ref. 13). China is Australia’s largest trading partner, and the Australian economy has benefited considerably from China over the last decade.

If the Morrison government is indeed a certain way, then it is no wonder also that the Australian Defence Force recently scrapped the Elbit Battle Management System which is produced by Israel (ref. 14). Apart from something about cost, apparently, the ADF is concerned that operational information might be acquired by the Israelis (ref. 14). As of now, 16 June 2021, Australia is not at war against anyone, not even China, and certainly not against Israel. Yet this Australian government and elements of the ADF are anticipating the need to keep military information out of the hands of Israel. Why?

For they are the spirits of devils, working miracles, which go forth unto the kings of the earth and of the whole world, to gather them to the battle of that great day of God Almighty… And he gathered them together into a place called in the Hebrew tongue Armageddon.

The American pop star Lady Gaga, who once remarked on the Jimmy Kimmel show that she swears to Lucifer (ref. 15), has a song called “Babylon”. The refrain of that song sings, “Battle for your life, Babylon”.

In time to come, Babylon will do just that. In her desperation, Babylon will go nuclear, but even so she will lose because God will send spoilers unto her.

Towards the end, the mighty men of Babylon will forbear to fight. They will cower, when it is clear that their might has failed.

The mighty men of Babylon have forborn to fight, they have remained in their holds: their might hath failed; they became as women…

And the kings of the earth, and the great men, and the rich men, and the chief captains, and the mighty men, and every bondman, and every free man, hid themselves in the dens and in the rocks of the mountains; And said to the mountains and rocks, Fall on us, and hide us from the face of him that sitteth on the throne, and from the wrath of the Lamb: For the great day of his wrath is come; and who shall be able to stand?

The end is coming for Babylon.

Even the Devil, the one that leads this rebellion, will be taken and imprisoned in hell (ref. Revelation 20:1-3).

Make no mistake, God is Almighty.

3. “What Disabled Missiles at Malmstrom Air Force Base?”, https://www.youtube.com/watch?v=VgziDyPSUog, youtube.com

5. Anne Barker (30 April 2021), “Indonesia’s sunken submarine may have been hit by a powerful force known as an internal wave”, abc.net.au

8. “Tony Abbott: I’m going to shirtfront Mr Putin, you bet you are… you bet I am.”, https://www.youtube.com/watch?v=Emy4HTdPj-0, youtube.com 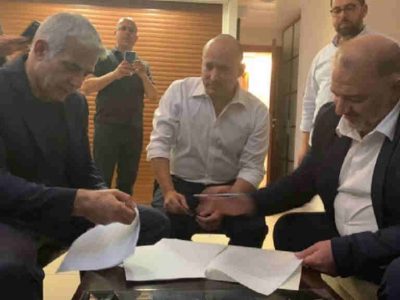 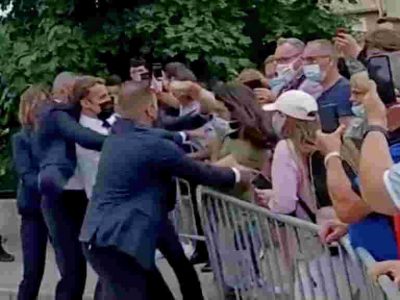 France’s Macron slapped in the face, and the assailant shouted “Montjoie Saint Denis”
While walking about in southern France, greeting a small crowd, the president of France, Emmanuel… 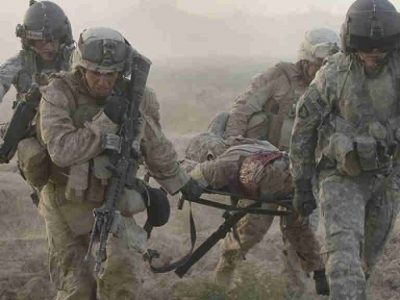 US intelligence claims China is trying to pay Afghans to attack US soldiers
Over the last few months, you might have noticed that America and the other nations…
Buy a book to support this site: