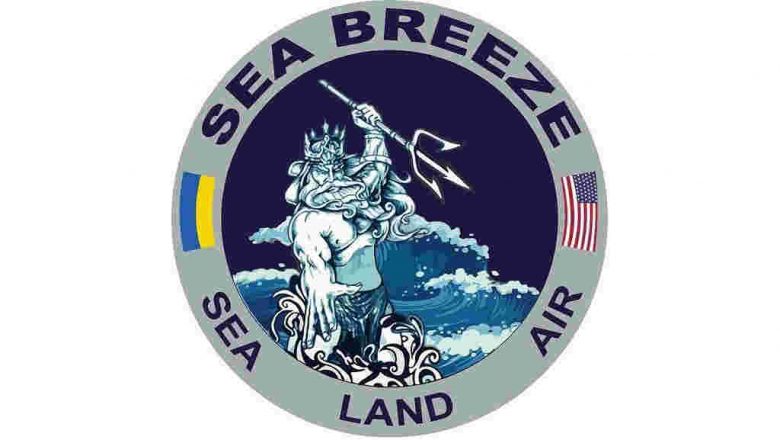 This year, the maritime exercise in the Black Sea between the USA and Ukraine, an annual military exercise which began in 1997 code-named “Sea Breeze”, involves a record number of participants: thirty-two countries, thirty-two ships, forty aircraft, eighteen special operations and dive teams, and some five thousand troops (ref. 1). That is a substantial combat force.

Remarkably, Israel is on the list, alongside Turkey, Morocco, Tunisia and the United Arab Emirates. Egypt is there also but is not currently as Islamic as the aforementioned four. Also on the list but only as an observer is Pakistan (ref. 2), which is allied to China at least in regard to India.

Co-hosted by Ukraine’s navy and the US Sixth Fleet, the emblem of the exercise features the Greek, Olympian god Poseidon wielding his weapon the trident. For those who don’t know, America’s submarine launched nuclear ballistic missile, SLBM, is named “Trident”.

Besides activity inside Ukraine, it is said there will be exercises throughout the Black Sea region, including areas near Russia’s Crimea. Just how near remains to be seen.

And remember, it was only a few days ago that the British destroyer HMS Defender carried out a Freedom of Navigation Operation near Cape Fiolent, Crimea, a stunt that provoked Russia to fire warning shots and drop four bombs in the path of the warship, and to even warn that real bombs would be used the next time (ref. 3).

Russia is watching the exercise closely, and has previously said that NATO intends to use the exercise to transfer military equipment and ammunition to Ukraine (ref. 4). Equipment will be brought into Ukraine for the exercise but not be removed when it is over.

Russia has also warned that it reserves the right to respond if the security of Russia is put at risk. A day or so ago, Russia moved two MiG-31Ks armed with Russia’s new Kinzhal hypersonic anti-ship missiles to Khmeimim airbase in Syria (ref. 5). From there, if necessary, the MiGs, and also Russia’s supersonic bombers, Tu-22M3s, can strike any hostile ship in the Black Sea or the Mediterranean Sea.

It remains to be seen whether Sea Breeze 2021 will cause war to break out. I supposed, all forces on all sides are in a heightened state of readiness.

For now, there are two takeaways.

First, the fact that there are thirty-two countries from six continents participating in this Black Sea exercise organised by the USA shows just how “well favoured” Babylon the harlot is.

So, it is as the Bible prophesies: today in these last days, Babylon the great does reign over the nations of the earth!

Many Christians are anticipating a “one world government”. In reality, the world now is largely under the control of Satan! Except for China and Russia, and perhaps a few others, who are to fight for the LORD of hosts, the entire world lies in wickedness.

And we know that we are of God, and the whole world lieth in wickedness.

Even Israel, right now, is not free from the yoke of the enemy (ref. Isaiah 14:25, Luke 21:22-23), not yet. Days ago, Babylon somehow managed to get Israel to criticise China regarding the Islamic Uighurs of Xinjiang (ref. 6). Israel for Islam, wow!

You see, right now, “the prince of this world” (ref. John 14:30, Ephesians 2:2) is not Jesus Christ or “The Prince of Peace” (ref. Isaiah 9:6) but rather Satan. Right now, Satan and his angels truly command this world.

The LORD will be terrible unto them: for he will famish all the gods of the earth…

The next takeaway from Sea Breeze 2021 is that the one that the US navy worships is clearly not the LORD, or Jesus Christ. Rather, it is Poseidon, a god of Greek polytheism. Poseidon’s image is on the emblem. Poseidon’s trident even emblazons the emblem of RIMPAC, the annual exercise of the US Pacific Fleet.

You see, this world must end. In due time, there will be war! 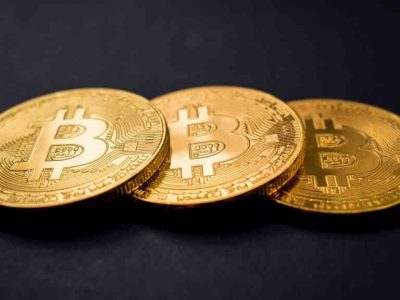 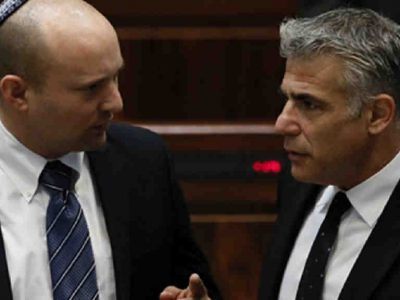 Bennett and Lapid to rotate as prime ministers and bring an end to the era of Netanyahu?
Israel’s fourth election in two years has completed. This time around, Benjamin Netanyahu did not… 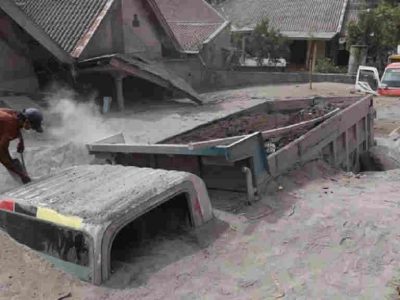 Indonesia’s Semeru volcano erupts, sending a tremendous column of ash into the sky
Two days ago, I wrote about Joel 2:28-29 and Joel 2:32, Israel's coming baptism and…
Buy a book to support this site: