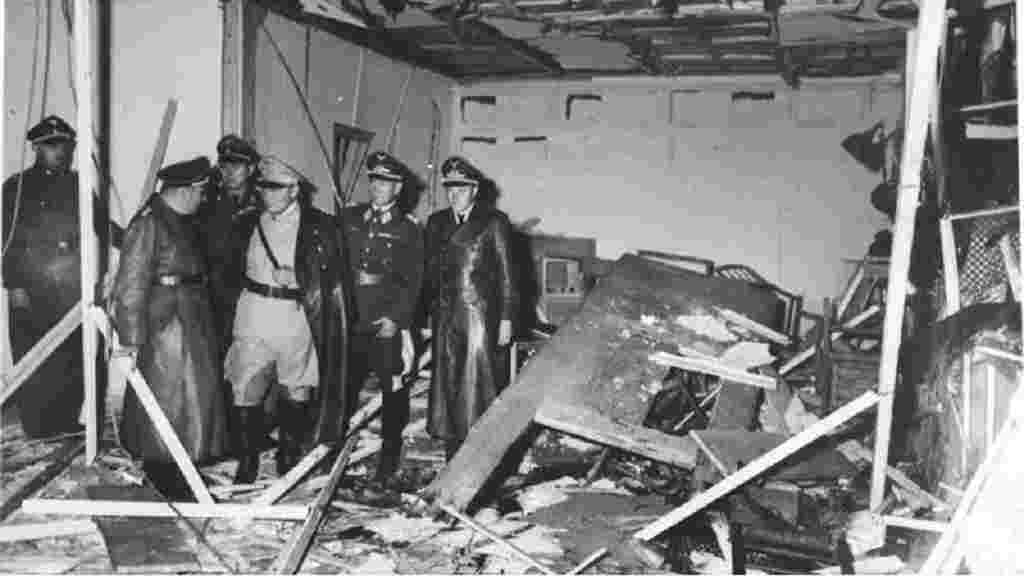 Historians say, during the Second World War there were no fewer than forty-two attempts to assassinate Adolf Hitler. The would-be assassins ranged from simple craftsmen to high-ranking officers in the Führer’s own military. All of the attempts failed. It turned out, Hitler committed suicide when the Red Army reached Berlin in overwhelming numbers.

The most famous attempt was the plot of 20 July 1944, code-named “Operation Valkyrie”.

Remarkably, the bomb in the briefcase of Lt Col. Claus von Stauffenberg that was put under the table near Hitler was moved at the last minute, as if someone knew it was a bomb. That is because someone did know. I am talking about demons, invisible to the human eye.

During the Second World War, no one was able to assassinate Hitler because he was protected by demons. Likewise, in the world war to come, no one will be able to touch the Antichrist, or the False Prophet, or even any of the horns of the beast with seven heads and ten horns. No doubt, these individuals will be protected by evil spirits.

Occultists enjoy boasting that Satan has an “all-seeing eye”. The US one dollar, for instance, depicts an all-seeing eye atop a pyramid. In a way, the demons that are with Satan do give him a tremendous vision, perhaps even a worldwide view. They are sort of like ever-watchful spies, able to notice and foil every clandestine operation no matter the level of secrecy.

I am sure many – everyone from Israel’s Mossad to Russia’s Spetsnaz to China’s naval commandos – will consider going after the head of the snake, as it were. But any operation with a small footprint and that relies on the element of surprise cannot possibly succeed. The reason is that demons will see it coming and advise accordingly.

Indeed, the Bible prophesies that the Antichrist will be undone only by Jesus Christ himself.

In fact, the Antichrist or little horn will be even more dangerous than the other horns of the beast. He will wield the supernatural power of Satan himself.

Now, let me give you another more recent example of demons foiling a clandestine operation besides Valkyrie.

On the night of 15 July 2016, the night of the coup d’état attempt against Turkey’s Recep Tayyip Erdogan, thirty-seven commandos, loyal to Fethullah Gülen of Pennsylvania USA, used three helicopters to raid the holiday resort in Marmaris, where Erdogan had been staying, in an attempt to arrest him. It so happened, approximately fifteen minutes before the raid, for some reason, Erdogan suddenly decided to leave the resort, even though he did not have the faintest idea that commandos were on the way to get him. Incredible luck? I don’t think so.

The only way to hit the Antichrist and the False Prophet is to attack and consequently diminish their human armies!

Just as Hitler was ultimately defeated by overwhelming numbers, so too will the Antichrist and the False Prophet be defeated.