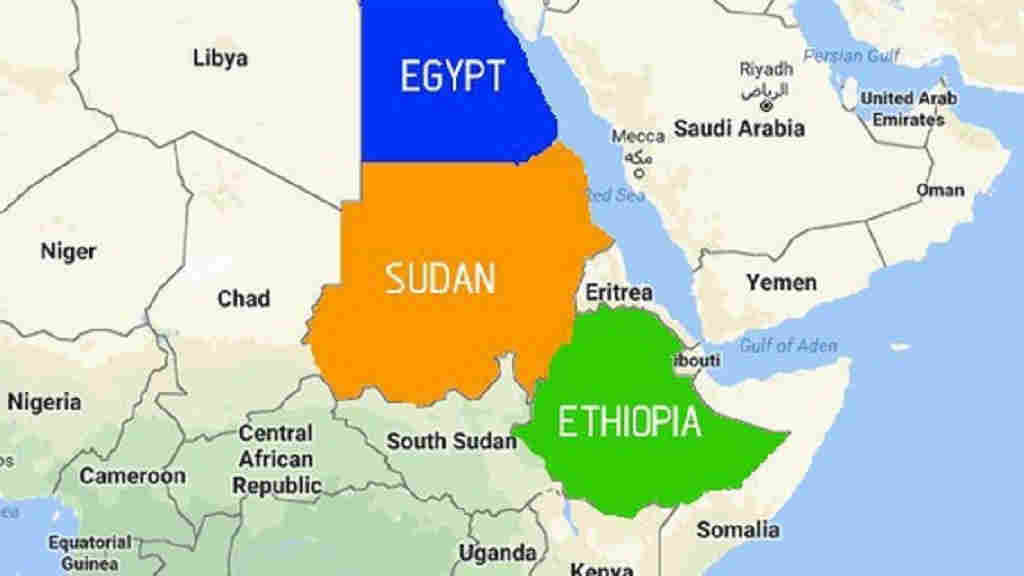 Still, Asmara, the capital of Eritrea, would be interesting. Long ago, the kingdom of Axum encompassed the lands of Tigray and Eritrea. In fact, there are many Tigrayans – that is, Tewahado Christians of the line of Sheba – in Eritrea. Attacking Eritrea would not only punish the perpetrators of recent atrocities in Tigray, but would also give Tigray a seaport, and reconstitute the land of Sheba.

However, Addis Ababa, the capital of Ethiopia, at this point in time would be contrary to Bible prophecy! Such an endeavour would surely fail.

According to Lt Gen. Bacha Debele of the Ethiopian army, federal forces have left Tigray because right now they are needed elsewhere (ref. 2). There is some truth to this. To be sure, the army was routed from Tigray by the TPLF, but at the same time there is an emerging external threat. First, relations between Ethiopia and North Sudan have soured ever since clashes in al-Fashaga late last year. Second, the dispute between Ethiopia on one side and North Sudan and Egypt on the other concerning the river Nile and the Grand Ethiopian Renaissance Dam has worsened. There are reports that Egypt under Al-Sisi may be considering a military solution to Egypt’s water dispute against Ethiopia (ref. 3). As I have said, such a conflagration would be biblical!

Let me remind, prophetically, at some point Egypt will fall to the Antichrist, also known as the Assyrian; and furthermore the “Libyans” and the “Ethiopians” will be there.

He shall stretch forth his hand also upon the countries: and the land of Egypt shall not escape. But he shall have power over the treasures of gold and of silver, and over all the precious things of Egypt: and the Libyans and the Ethiopians [Kushim] shall be at his steps.

This means Egypt will be attacked from the west, no doubt by the jihadists of Libya, who are supported by Turkey, and at the same time Egypt will be attacked from the south, presumably by the Ethiopian army of Abiy Ahmed Ali, who is an Oromo African, that is to say, a Cushite. There is also Somalia, which is Islamic and Cushite, and hosts a Turkish military base. Besides all that, Egypt will have to deal with Islamists from within, including ISIS in the desert and what remains of the Muslim Brotherhood in the cities.

So, a conflagration between Egypt and North Sudan on one side and Ethiopia on the other would be the first step of the Ethiopian army towards Egypt.

Of course, before that first step, the TPLF, essentially an army of Christians, must be separated from the Ethiopian army. That much has happened.

Now, contrary to what some pundits on social media have been saying, the events of recent weeks regarding Tigray do not mean that the Ethiopian army has collapsed. Prophetically, Ethiopia must be in a position to do what it is supposed to do in time to come. Therefore, the army of Abiy Ahmed Ali should still be very much intact as a fighting force, armed with aircraft and tanks and artillery.

Guerrilla formations, even with elite commandos, cannot defeat such an armed force. The correct idea is to wait for the bulk of the Ethiopian army to push into North Sudan and Egypt.

Ethiopia will march towards Egypt because it is Bible prophecy. Implicit in Isaiah 19 is the fact that when Egypt falls and is for the Antichrist, Ethiopia or at least the area around the Grand Ethiopian Renaissance Dam must be against the Antichrist.

And the Egyptians will I give over into the hand of a cruel lord; and a fierce king shall rule over them, saith the Lord, the LORD of hosts. And the waters shall fail from the sea, and the river shall be wasted and dried up. And they shall turn the rivers far away; and the brooks of defence shall be emptied and dried up: the reeds and flags shall wither.

This means, at some point during the final three and a half years, the TPLF will move successfully against Addis Ababa.

Therefore, there will be a time when the Ethiopian army of Abiy Ahmed Ali will be destroyed. Just not yet.

Ye Ethiopians [Kushim] also, ye shall be slain by my sword.

In the end, Cush will be defeated and Sheba will be victorious.

Trust in God, who is the LORD of hosts.

3. Shady Ibrahim (30 June 2021), “Egypt may be looking for a military solution to Ethiopia dam dispute”, middleeasteye.net