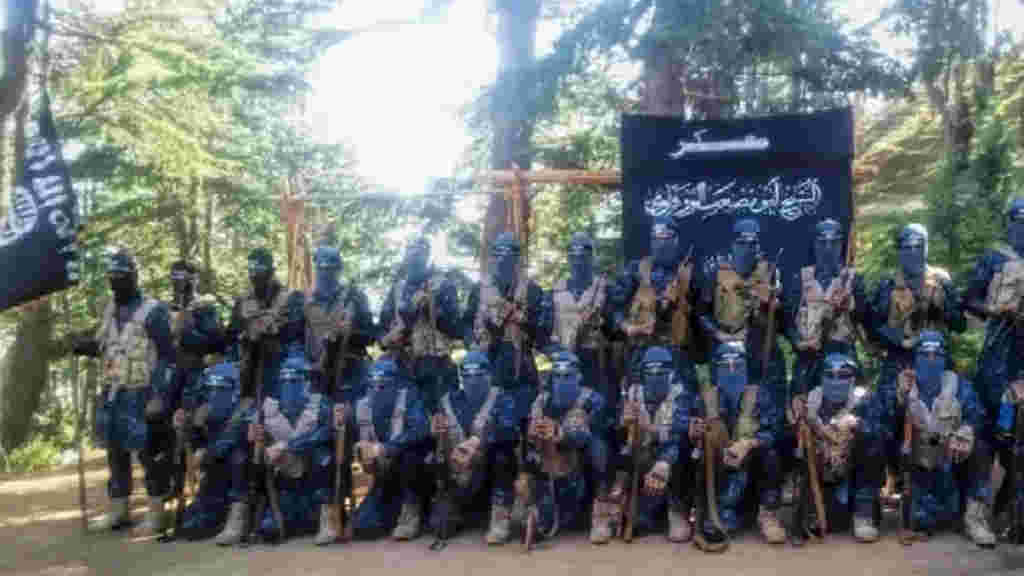 Islamic State Khorasan, or ISIS-K, attacked Kabul airport with suicide bombers, as thousands of Afghans were there trying to claim asylum and flee. One bomb exploded at the Abbey Gate, the main entrance, and the other at the Baron Hotel nearby. Some ninety Afghans and thirteen US soldiers were killed (ref. 1). Many more were injured.

It was the deadliest day in a decade for America in Afghanistan (ref. 2).

One eyewitness said he saw “doomsday” (ref. 3): “I saw bodies and body parts flying in the air like a tornado taking plastic bags into the air. I saw bodies, body parts, elderly and injured men, women and children scattered in the blast site… I saw doomsday.”

US President Joe Biden vowed to strike back: “We will not forgive, we will not forget. We will hunt you down and make you pay… We will not be deterred by terrorists.” (ref. 4) But for many, his words rang hollow, as America already had one foot out the exit door, having done a deal with the equally Islamic Taliban.

Interestingly, Australia’s Scott Morrison described the attack by ISIS-K as “calculated” and “inhuman” and “evil” (ref. 5). Either Australia and this prime minister are now thinking of resisting the beast with seven heads and ten horns, or else there is confusion about who is on which side.

This brings to mind Isaiah 47, a prophecy about Mystery Babylon and the beast. In Isaiah 47, the LORD challenges the daughter of Babylon to stand with her enchantments, with the multitude of her sorceries, as evil comes upon her. Furthermore, the LORD prophesies that Babylon shall burn, and the many astrologers, the stargazers, the monthly prognosticators shall all not deliver themselves from the power of the flame.

… thou hast said in thine heart, I am, and none else beside me. Therefore shall evil come upon thee; thou shalt not know from whence it riseth: and mischief shall fall upon thee, thou shalt not be able to put it off: and desolation shall come upon thee suddenly, which thou shalt not know. Stand now with thine enchantments, and with the multitude of thy sorceries, wherein thou hast laboured from thy youth; if so be thou shalt be able to profit, if so be thou mayest prevail. Thou art wearied in the multitude of thy counsels. Let now the astrologers, the stargazers, the monthly prognosticators, stand up, and save thee from these things that shall come upon thee. Behold, they shall be as stubble; the fire shall burn them; they shall not deliver themselves from the power of the flame…

So, when Babylon’s sorcerers and magicians cry out to their gods for help, there will be none. For the beast with seven heads and ten horns is Satan’s. Indeed, the Assyrian himself, otherwise known as the Antichrist, will wield the supernatural power of Satan (ref. Daniel 8:23-24, Revelation 13:2).

And he exerciseth all the power of the first beast before him, and causeth the earth and them which dwell therein to worship the first beast, whose deadly wound was healed.

Remember, by peace the Antichrist will destroy many!

And through his policy also he shall cause craft to prosper in his hand; and he shall magnify himself in his heart, and by peace shall destroy many: he shall also stand up against the Prince of princes; but he shall be broken without hand.

For when they shall say, Peace and safety; then sudden destruction cometh upon them, as travail upon a woman with child; and they shall not escape.

For now, in Afghanistan, there are three kinds of jihadists. First, the Taliban. Second, a remnant of the former government in the Panjshir. And third, ISIS-K in Nangarhar province near Pakistan.

Earlier, I said that the Panjshir valley might outlast everyone else and recover Afghanistan if only they would renounce Islam. Since then, I have learnt that Ahmad Massoud describes his fighters as the “mujahideen”, which literally means “those engaged in jihad”. Furthermore, Massoud’s fighters speak a language that derives from Persian. This explains Massoud’s time in Iran.

Regarding Iran, I suppose, at some point Iran will join the beast with seven heads and ten horns (ref. Daniel 8), also known as the fourth beast (ref. Daniel 7), and in so doing the Antichrist will have access to Iran’s nuclear weapons, Elam’s mighty bow (ref. Jeremiah 49:35).

So, when Islam unifies under the Antichrist, all jihadists everywhere will be together, making this empire diverse from all others throughout history.

After this I saw in the night visions, and behold a fourth beast, dreadful and terrible, and strong exceedingly; and it had great iron teeth: it devoured and brake in pieces, and stamped the residue with the feet of it: and it was diverse from all the beasts before it; and it had ten horns.

And remember, the Bible prophesies that the name of the man who leads the fourth beast will have a gematria of 666.