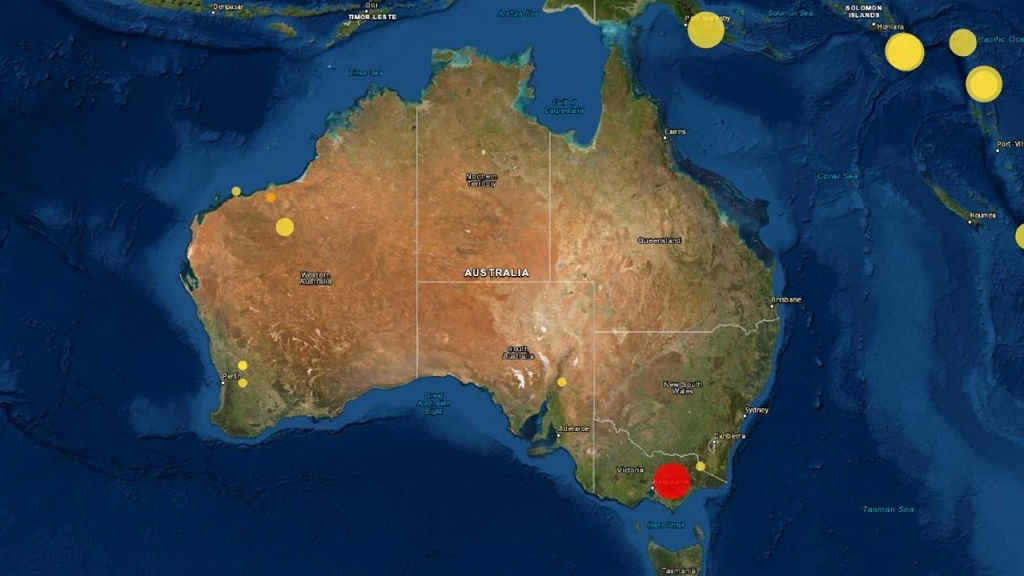 Around 9:15 am this morning, a rare 5.8 to 6.0 magnitude earthquake struck Mansfield, Victoria, Australia, which is north-east of Melbourne. The earthquake was felt in Melbourne CBD and regional Victoria, and Adelaide, and Launceston Tasmania, and New South Wales including Sydney, and even as far Canberra (ref. 1).

It is said, this was the largest earthquake in Australia “since European settlement” (ref. 1).

What is interesting about this earthquake, apart from the fact that such an earthquake has never happened before, is that the location that I am in did not shake at all. Yet, reportedly, the earthquake was felt as far as Adelaide, and as far as Tasmania, and as far as Canberra!

Some of you who are reading this will have absolutely no idea what I am talking about. But some others, surely, must now acknowledge that something supernatural has just happened!

Then said he unto them, Nation shall rise against nation, and kingdom against kingdom: And great earthquakes shall be in diverse places, and famines, and pestilences; and fearful sights and great signs shall there be from heaven.

What is more, today, 22 September 2021, is the second day of Sukkot. Sukkot, or the feast of tabernacles (ref. Leviticus 23:34), signifies the house of God and the Millennial Reign of Jesus Christ.

Concerning the house of God, or the holy place of the tabernacles of the most High, which will be on the Temple Mount in Jerusalem, notice Psalms 46.

… though the earth be removed, and though the mountains be carried into the midst of the sea; Though the waters thereof roar and be troubled, though the mountains shake with the swelling thereof. Selah. There is a river, the streams of which shall make glad the city of God, the holy place of the tabernacles of the most High. God is in the midst of her; she shall not be moved: God shall help her, and that right early. The heathen raged, the kingdoms were moved…

Also, yesterday, I watched a 60 minutes report about “War with China” (ref. 2). Five so-called experts, four Australians and one American, sat around a table and talked about China and the prospect of war, yet not one of them understood that what is about to unfold is biblical. The word of God says, nation shall rise against nation, and kingdom against kingdom! and great earthquakes shall be in diverse places.

2. “War with China: Are we closer than we think?”, youtube.com/watch?v=kA2KaEKs1LA