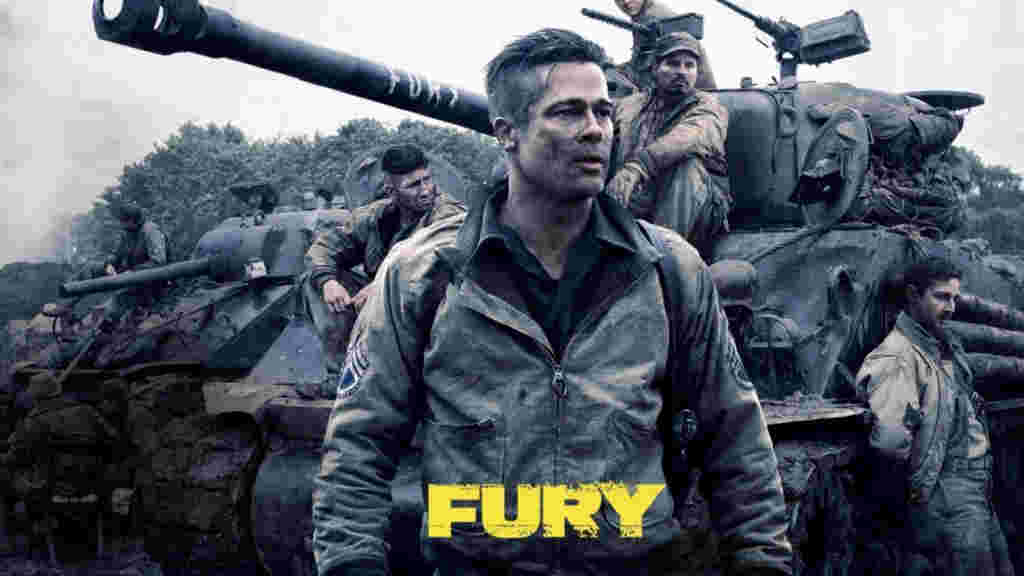 The 2014 movie “Fury” about an American tank crew fighting in Nazi Germany in the last days of WWII contains aspects of Christianity that are noteworthy. One of the characters, the gunner, is called “Bible” by his fellow soldiers because he is a Christian and he tends to proselytise. In one memorable scene, the crew welcomes a newcomer and asks him the question, “Are you saved?” (ref. 1).

First of all, the notion of being “saved” is from the Bible.

For God so loved the world, that he gave his only begotten Son, that whosoever believeth in him should not perish, but have everlasting life. For God sent not his Son into the world to condemn the world; but that the world through him might be saved.

That if thou shalt confess with thy mouth the Lord Jesus, and shalt believe in thine heart that God hath raised him from the dead, thou shalt be saved.

A non-Christian might ask, saved from what? The answer to that is, saved from the wrath of God.

… we shall be saved from wrath through him.

Wrath, of course, is another word for fury.

The Bible explains, at the sounding of the last trumpet, Mystery Babylon will be annihilated – burned utterly by her enemies.

The land shall be utterly emptied, and utterly spoiled: for the LORD hath spoken this word.

Therefore shall her plagues come in one day, death, and mourning, and famine; and she shall be utterly burned with fire: for strong is the Lord God who judgeth her.

Mystery Babylon is also the place where the prophesied mark of the beast will be rolled out by the false prophet, a place that will even execute Christians (ref. Revelation 13:15, 18:20, 18:24).

Therefore, for someone in the United States of America, one must be an actual and faithful Christian right now to be saved. Anyone who is not will surely be damned.

Elsewhere, if by chance someone happens to survive the war, and the seven vials and trumpets – the volcanoes, the earthquakes, the floods, the fires, and so on – and that person is not a Christian, or not Christian enough, he or she may well still become so after the day of the LORD.

To this point, notice the Bible says, Jews must survive, or endure unto the end, to be saved!

And ye shall be hated of all men for my name’s sake: but he that shall endure unto the end, the same shall be saved.

And it shall come to pass, that he that is left in Zion, and he that remaineth in Jerusalem, shall be called holy, even every one that is written among the living in Jerusalem

In time, per Zechariah 12:10 and Joel 2:28-29, all Jews who are alive will receive the Holy Spirit, a gift of God, and accordingly be saved.

For by grace are ye saved through faith; and that not of yourselves: it is the gift of God: Not of works, lest any man should boast.

Anyway, my point is that the question “Are you saved?” is a very American Christian thing. This is not for nothing.

Also I heard the voice of the Lord, saying, Whom shall I send, and who will go for us? Then said I, Here am I; send me.

The movie Fury, being a product of Hollywood, like Saving Private Ryan, gives the impression that America defeated Nazi Germany.

Actually, by the time the US Army landed in Normandy, the army of Nazi Germany had already been broken.

It was broken first by the Red Army at the battle of Moscow – the combination of the Russian winter, which was an act of God, and reinforcements from the east of the USSR (ref. 4).

After that, the army of Nazi Germany was beaten again by the British Empire at El Alamein, in defence of Egypt. If Egypt had fallen, Jerusalem, which was at the time under British control, would have been next.

It is not an accident of history that Hitler was ultimately defeated by the east, by an army that waved a standard that was red.

T-34 is a more satisfying portrayal of history.

Notice, in T-34, there is a scene where a Soviet tanker prays the LORD’s prayer at a crucial moment of the battle (ref. 5).

To be sure, America’s contribution during WWII, despite the Freemason FDR, was to defeat Imperial Japan. The battle of Midway was clearly a miracle, the work of the LORD of hosts. Outnumbered, serendipitously America spotted and attacked the Japanese carriers first.

Now notice, Nazi Germany was defeated from the east, by the USSR. And likewise, Imperial Japan was defeated by America, a nation east of Japan.

Even the British Expeditionary Force that fought and won the battle of Megiddo (aka Armageddon) during WWI, which freed Jerusalem from the Ottoman Caliphate, as a matter of fact included an army from the east, namely Australia – actually the south-east but still east. The seminal battle, Beersheba 1917, was won by literal horsemen that wore a badge on their hats that emblazoned the rising sun.

Again and again, it is the east that is victorious! This is because everything that has happened is a foreshadowing of what is to come: the great war between good and evil, a war that will culminate in Armageddon and the day of the LORD.

So shall they fear the name of the LORD from the west, and his glory from the rising of the sun. When the enemy shall come in like a flood, the Spirit of the LORD shall lift up a standard against him. And the Redeemer shall come to Zion, and unto them that turn from transgression in Jacob, saith the LORD.

Incidentally, in modern warfare, the role of cavalry is done by the tank.

In closing, I should remind, on the day of the LORD, Jesus Christ will come in the clouds from the direction of the east sitting atop a white horse and wearing a vesture with the colour red!

For as the lightning cometh out of the east, and shineth even unto the west; so shall also the coming of the Son of man be.

… and they shall see the Son of man coming in the clouds of heaven with power and great glory.

And I saw heaven opened, and behold a white horse; and he that sat upon him was called Faithful and True, and in righteousness he doth judge and make war… And the armies which were in heaven followed him upon white horses, clothed in fine linen, white and clean. And out of his mouth goeth a sharp sword, that with it he should smite the nations: and he shall rule them with a rod of iron: and he treadeth the winepress of the fierceness and wrath of Almighty God.

Love not the world. The world as it is now will end.

The wrath of God is coming!

Hence the question: Are you saved?

2. “Fury – if any man loves the world”, youtube.com/watch?v=peqHB0_ZslQ