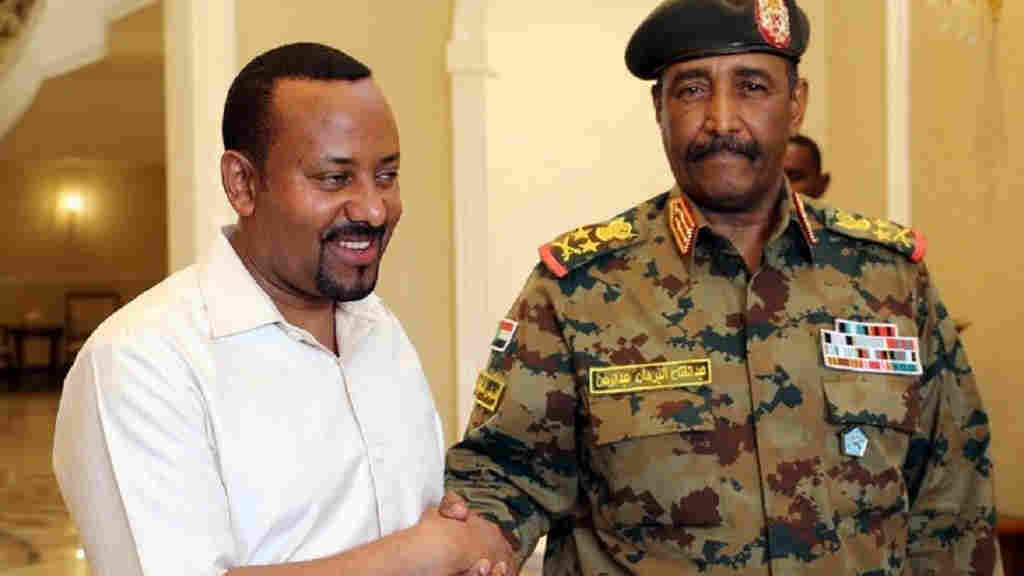 Two days ago, an American special envoy visited Sudan (ref. 1) to meet with both Prime Minister Abdalla Hamdok and General Abdel Fattah al-Burhan, the head of Sudan’s military, to supposedly mediate tensions between the two. Today, General Burhan moved against the PM, placing him under house arrest, together with several senior officials (ref. 2), before declaring on TV that he has dissolved the government. Soon after, thousands of Sudanese took to the streets to protest the coup. In response to that, Sudan’s military opened fire on the crowd, killing three and wounding eighty (ref. 3). The latest is that Sudanese communists have called for strikes and civil disobedience until the coup is defeated.

France and the UK denounced the coup and demanded the release of Hamdok (ref. 3). America, for its part, announced a suspension of $700 million in aid to Sudan (ref. 4).

But do not be duped by the propaganda from America. The American envoy two days ago cannot be a coincidence. Burhan almost certainly got the green light to do this from shadowy figures within that delegation.

This coup, like the one in Guinea in September this year, smacks of the devil’s men. In Guinea, the elected president, Alpha Condé, was arrested by the head of Guinea’s special forces, a colonel that was trained by the American military and with connections to American special forces. Under Condé, Guinea, which is rich in natural resources, especially bauxite and iron ore, had been moving closer to China for economic reasons. The coup changed everything overnight (ref. 5).

Gen. Burhan, though he is a friend of Egypt’s Gen. al-Sisi, is known to be affiliated with Islamists, the likes of which al-Sisi has outlawed (ref. 6). Furthermore, Burhan has been implicated in atrocities in Darfur (ref. 6). He is said to have a lot of blood on his hands.

In Darfur, the Janjaweed, literally “devils on horseback”, a militia of Sudanese Arabs, has been terrorising and enslaving the native Africans there for years, with the goal of making the whole region completely Islamic.

So, on one side a leftist, and the other an Islamist.

Now, this coup might have changed the situation between Sudan and Ethiopia. Before, it seemed, Sudan would side with Egypt, against Ethiopia. Under Burhan, Sudan would probably choose Ethiopia instead.

Prophetically, Cush is to move against Egypt and eventually against Israel.

… and the Libyans and the Ethiopians [Cushim] shall be at his [the Antichrist] steps.

Ye Ethiopians [Cushim] also, ye shall be slain by my sword.

By the way, the civil war in Ethiopia between Abiy Ahmed Ali and Tigray has resumed (ref. 7).

It is noteworthy that increasingly, in many parts of the world, there is conflict between leftists and Islamists.

The Kurds of Syria and Turkey, for instance, are ex-Marxists, while Turkish President Ergodan is an Islamist. In Ethiopia, though the Tigrayans are Tewahedo Christians akin to Greek Orthodox Christians, the TPLF or Tigray People’s Liberation Front is a very leftist sounding organisation. Furthermore, days ago, news broke that ISIS-K has started recruiting Uighurs from the East Turkestan Islamic Movement (ref. 8), the same group that opposes the People’s Liberation Army of China.

That said, in some parts of the world, the devil’s men are not even bothering to cast the emerging war as a conflict against leftists or ex-Marxists. The British army, for instance, is openly pro-Islam in their recruitment ad (ref. 9).

No wonder in due time the LORD will punish all the ships of Tarshish (ref. Isaiah 2:16).

Speaking of army recruitment ads, have you seen the American one, about Emma and her two mothers? (ref. 10)

Clearly, Babylon the great, the wellfavoured harlot (ref. Nahum 3:4), has fallen and has become the habitation of devils (ref. Revelation 18:2)!

And Joshua said unto the people, Ye cannot serve the LORD: for he is an holy God; he is a jealous God; he will not forgive your transgressions nor your sins. If ye forsake the LORD, and serve strange gods, then he will turn and do you hurt, and consume you, after that he hath done you good.

9. “Keeping my Faith – This is Belonging”, youtube.com/watch?v=OQ4OoPNY_YM