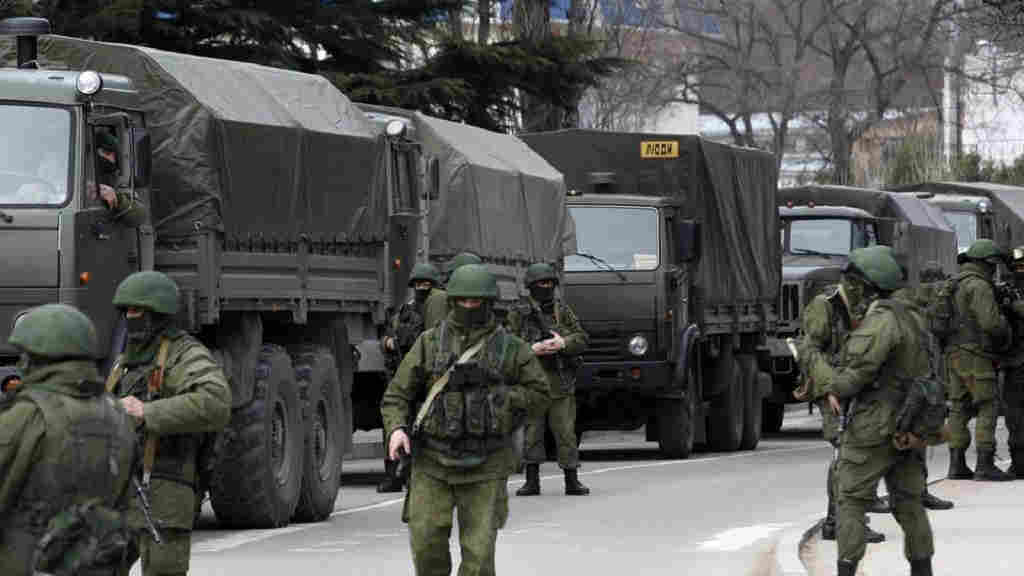 Some 92000 Russian troops have amassed in various positions near Ukraine, about 100 battalion tactical groups, including aircraft, artillery and armour (ref. 1). It is said, Russia is preparing for a large scale push into Ukraine within a month or two to resolve the problem of Donbas (ref. 2). Recently, America crossed Russia’s red line and armed Ukraine, notably with Javelin anti-tank missiles (ref. 2).

As I mentioned the other day, at some point, the second seal will be broken (ref. Revelation 6:3-4) and so a world war will begin. Remember, the Bible says, you shall hear of wars and rumours of wars. Nation shall rise against nation, and kingdom against kingdom. “Such things must needs be” (ref. Mark 13:7).

After weeks of provoking China, over Taiwan, America suddenly changed course and began to grovel to stave off war (ref. 3). I am referring to that virtual meeting between Biden and Xi, when Biden insisted in private that the USA remains committed to the One-China principle (ref. 4).

But of course, China is only one of the kings of the east. Russia is the other. The second horse of the apocalypse may involve either, or both.

Now, for those who still don’t believe that this is the time of the end, check this out. The third seal, the black horse of the apocalypse, involves inflation and even hyperinflation.

In the USA, the Consumer Price Index is now at 6.2%, the highest since 1990 (ref. 5). I have previously explained that in due time the servants of the devil will purposefully hyperinflate the US dollar. They will do this because in economics the textbook solution to hyperinflation is the introduction of a new currency. The currency that they will introduce will be the prophetic mark of the beast (ref. Revelation 13:16-17)!

And he causeth all, both great and small, rich and poor, free and bond, to receive a mark in their right hand, or in their foreheads: And that no man might buy or sell, save he that had the mark, or the name of the beast, or the number of his name.

To get things going, they need inflation. Inflation, left unchecked, will snowball into hyperinflation.

Already, the vast majority of Americans, some 88%, are concerned about the rising cost of groceries and higher bills (ref. 6).

Yet, the US Federal Reserve and the White House insist that inflation is “transitory” (ref. 7), and that there is no need for a rate hike or even to stop quantitative easing. Indeed, the Biden administration recently put forward a multi-trillion dollar spending bill. Of course, much if not all of that money will be printed out of thin air.

The insanity of “Modern Monetary Theory” has even spread across the globe. Prices are now rising even in Australia, despite the Reserve Bank of Australia, and its policy of inflation targeting, unique among central banks.

This is unnatural. Either economists everywhere have suddenly become incompetent and ignorant, or else evil is afoot.

The Bible prophesies that in the last days some men of the cloth will even question the word of God, saying Where is the promise of his coming?

Knowing this first, that there shall come in the last days scoffers, walking after their own lusts, And saying, Where is the promise of his coming? for since the fathers fell asleep, all things continue as they were from the beginning of the creation.

… if that evil servant shall say in his heart, My lord delayeth his coming; And shall begin to smite his fellowservants, and to eat and drink with the drunken; The lord of that servant shall come in a day when he looketh not for him, and in an hour that he is not aware of, And shall cut him asunder, and appoint him his portion with the hypocrites: there shall be weeping and gnashing of teeth.

No wonder, someone like me who is not a professional priest or pastor was chosen. Of course, I don’t know when it is all supposed to start.

The Bible explains that no man knows the exact day or the hour, presumably because this is a large world and everything must be in place, and just right.

But of that day and that hour knoweth no man, no, not the angels which are in heaven, neither the Son, but the Father.

But when it does start, it will be possible to count the precise number of days until the day of the LORD (ref. Daniel 12:11-12), the moment of the Second Coming of Jesus Christ.

Immediately after the tribulation of those days shall the sun be darkened, and the moon shall not give her light, and the stars shall fall from heaven, and the powers of the heavens shall be shaken: And then shall appear the sign of the Son of man in heaven: and then shall all the tribes of the earth mourn, and they shall see the Son of man coming in the clouds of heaven with power and great glory.

Make no mistake, Amillennialism, the official position of the Catholic church and the Greek Orthodox church, is wrong. Augustine is to blame.

The Son of man Jesus Christ will return to earth to establish the kingdom of God. This is the actual gospel!

Of the increase of his government and peace there shall be no end, upon the throne of David, and upon his kingdom, to order it, and to establish it with judgment and with justice from henceforth even for ever. The zeal of the LORD of hosts will perform this.

And just because many pundits of Bible prophecy have been almost always wrong, it does not mean that everyone is wrong about Bible prophecy and about these last days.

In Mark 13, the Bible says that in the last days, some servants of the LORD have been given information, and work.

For the Son of man is as a man taking a far journey, who left his house, and gave authority to his servants, and to every man his work, and commanded the porter to watch.

Therefore, it is wise to watch.

But ye, brethren, are not in darkness, that that day should overtake you as a thief. Ye are all the children of light, and the children of the day: we are not of the night, nor of darkness. Therefore let us not sleep, as do others; but let us watch and be sober.

Watch ye therefore: for ye know not when the master of the house cometh, at even, or at midnight, or at cockcrowing, or in the morning: Lest coming suddenly he find you sleeping. And what I say unto you I say unto all, Watch.