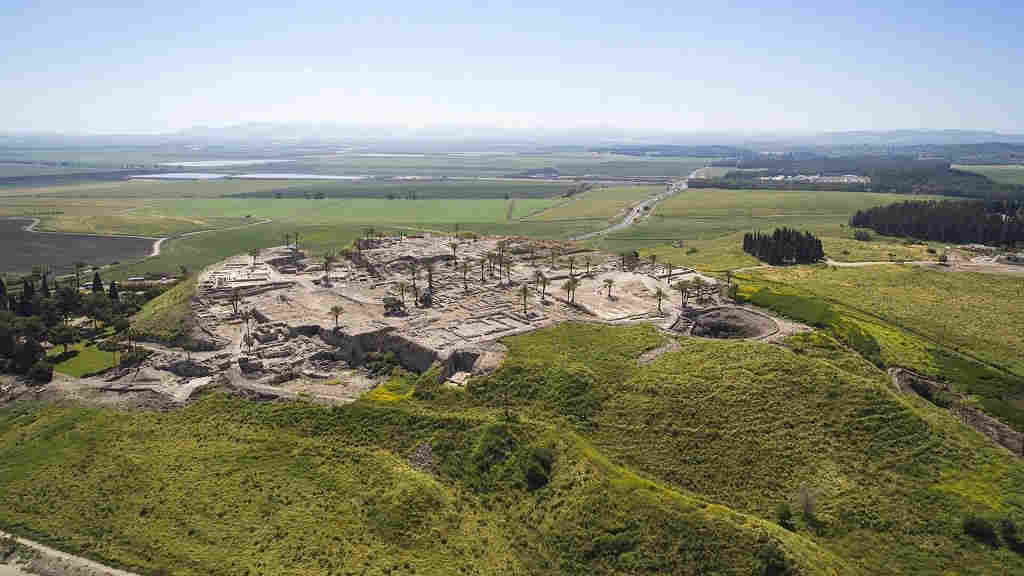 In Joel 2, the LORD describes an army of horsemen that will come to Armageddon as “a great people and a strong; there hath not been ever the like, neither shall be any more after it, even to the years of many generations”.

Blow ye the trumpet in Zion… for the day of the LORD cometh, for it is nigh at hand; A day of darkness and of gloominess, a day of clouds and thick darkness, as the morning spread upon the mountains: a great people and a strong; there hath not been ever the like, neither shall be any more after it, even to the years of many generations.

This is China, more specifically the People’s Liberation Army of China.

Apparently, some ten years ago, Greg Laurie, an American pastor, figured this out. What is more, back then, he even realised that during the tribulation “the kings of the east will face off with the forces of the Antichrist” (ref. 1). Those were his exact words ten years ago.

Actually, to be precise, the prophesied kings of the east – “kings”, plural – are China and Russia, because Russia’s possession of the Kuril islands means Russia is also a nation of the far east.

Today in 2021, China and Russia are moving ever closer together, even to the point of an actual military alliance (ref. 2), something the two ruled out only a few years ago.

Unfortunately, elsewhere Greg Laurie says that today’s Russia is Gog of Magog. This is wrong. For starters, the war of Ezekiel 38 will happen after the Millennial Reign of Jesus Christ, per Revelation 20:7-8. Armageddon will take place at the sounding of the sixth trumpet.

I have previously explained why the Bible describes Mystery Babylon as “the city of confusion” (ref. Isaiah 24:10). So I won’t digress further, except to remind that the land of Babylon has become “the habitation of devils” (ref. Revelation 18:2), and “the treacherous dealers have dealt treacherously” (ref. Isaiah 24:16).

Wherefore take unto you the whole armour of God, that ye may be able to withstand in the evil day, and having done all, to stand.

Anyway, about the army of horsemen, this army, which the LORD describes as “his army” (ref. Joel 2:11), is “great” and its camp is “very great”, because the LORD who executes his word is strong.

And the LORD shall utter his voice before his army: for his camp is very great: for he is strong that executeth his word: for the day of the LORD is great and very terrible; and who can abide it?

It is said, China is one of the oldest, continuous civilisations. It has taken some three thousand and six hundred years to make China into what it has become today, a nation of around 1.4 billion.

In Revelation 9:16, it is further revealed that the number of the army of the horsemen is “two hundred thousand thousand”, or in the original Greek “two ten thousand ten thousand”. By the way, in ancient China, large numbers were counted in lots of ten thousands.

So, this army will be two hundred million strong.

If you are wondering why the world has come to despise China and Russia in these last few years (as opposed to Vietnam, for instance, which is run by the Communist Party of Vietnam), it is because China and Russia are not currently under the control of Satan, and in due time, these two nations in particular, and some others as well, will be against the armies of Satan, as the Bible prophesies.

So shall they fear the name of the LORD from the west, and his glory from the rising of the sun. When the enemy shall come in like a flood, the Spirit of the LORD shall lift up a standard against him.

Now, let me show you why it will be this generation that will see Armageddon.

I read in the news today that China’s birthrate has plummeted to its lowest level since 1978 (ref. 3). While the population is still growing slightly, Babylon’s sorcery, including Covid-19, could quickly change that. Furthermore, despite the Chinese government introducing a swathe of policies to reverse the declining birth rate – everything from removing limits on having children, to reducing costs associated with education and child rearing, to mandatory cooling off periods for divorces – the birth rate continues to decline.

Joel 2:2 reads that this army from the east is not only that of a numerous people, but there has not been a people ever the like, and there shall not be any more afterwards. So, the Bible says, this army of two hundred million from a nation in the east will muster at a time when the nation’s population is greatest, which means now, during this present generation.

Speaking of “this generation”, let me briefly explain what is meant by the words “this generation” in the Olivet Discourse (ref. Matthew 24, Mark 13 and Luke 21), which is the cause of some confusion.

Verily I say unto you, This generation shall not pass, till all these things be fulfilled.

In the Olivet Discourse, at first the Son of man Jesus Christ spoke of the destruction of the temple in Jerusalem that would be fulfilled in 70 AD by Titus, the son of Vespasian (ref. Matthew 24:1-2, Mark 13:1-2, Luke 21:5-6). Then after that, the disciples asked Jesus about his second coming and about the end of the world (ref. Matthew 24:3).

And as he sat upon the mount of Olives, the disciples came unto him privately, saying, Tell us, when shall these things be? and what shall be the sign of thy coming, and of the end of the world?

Then, he said, the generation that will see all these things will be the one at the time of the end (ref. Matthew 24:33).

So likewise ye, when ye shall see all these things, know that it is near, even at the doors. Verily I say unto you, This generation shall not pass, till all these things be fulfilled.

Remember, the Bible is meant to speak to all Christians throughout the ages.

After saying that, Jesus added that most of the world at this time will be as oblivious to the truth as the world was at the time of Noah and the flood (ref. Matthew 24:37-39).

In 2 Thessalonians 2, the Bible explains that the world is essentially in a state of apostasy before the day of Christ. There has been a falling away, apostasia.

Now we beseech you, brethren, by the coming of our Lord Jesus Christ, and by our gathering together unto him, That ye be not soon shaken in mind, or be troubled, neither by spirit, nor by word, nor by letter as from us, as that the day of Christ is at hand. Let no man deceive you by any means: for that day shall not come, except there come a falling away [apostasia] first, and that the man of sin [the Assyrian] be revealed, the son of perdition; Who opposeth and exalteth himself above all that is called God, or that is worshipped; so that he as God sitteth in the temple of God, shewing himself that he is God.

The other day, I drew attention to the final verse of Mark 13.

To be clear, what Christians are to watch for are the signs of the second coming of Jesus Christ.

Revelation 11 reveals that Jesus Christ will come at the time of the seventh trumpet, or “the last trump” as 1 Corinthians 15 puts it.

Behold, I shew you a mystery; We shall not all sleep, but we shall all be changed, In a moment, in the twinkling of an eye, at the last trump: for the trumpet shall sound, and the dead shall be raised incorruptible, and we shall be changed.

But take ye heed: behold, I have foretold you all things. But in those days, after the tribulation, the sun shall be darkened, and the moon shall not give her light, And the stars of heaven shall fall, and the powers that are in heaven shall be shaken. And then shall they see the Son of man coming in the clouds with great power and glory. And then shall he send his angels, and shall gather together his elect from the four winds, from the uttermost part of the earth to the uttermost part of heaven.

The message in Revelation 16 is that the seventh trumpet will happen very soon after the sixth trumpet. This is why verse 15 seems oddly out of place and in between verses about Armageddon.

Behold, I come as a thief. Blessed is he that watched, and keepeth his garments, lest he walk naked, and they see his shame.

And he gathered them together into a place called in the Hebrew tongue Armageddon.

This is why, in these last days, Christians must know about the kings of the east and about Armageddon.