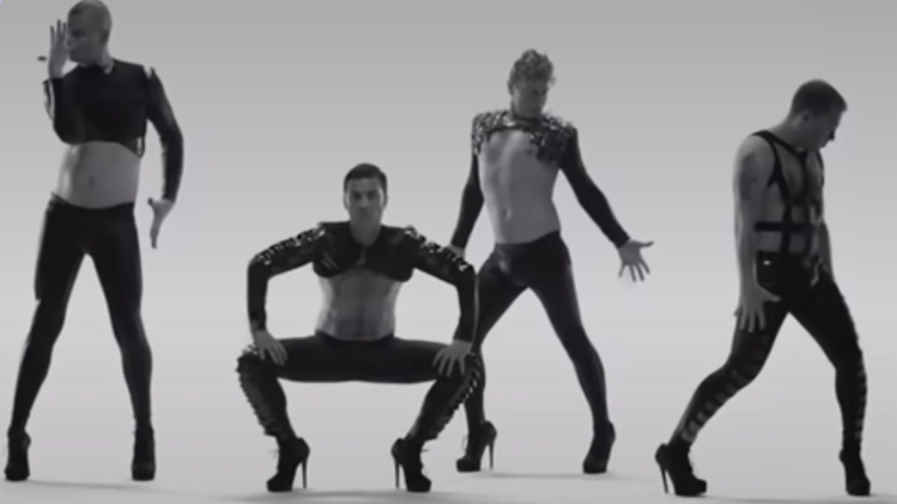 Ukraine’s President Volodymyr Zelensky has asked Jews around the world to speak out against Putin and Russia (ref. 1). He has also posted a message in Hebrew on his Telegram channel to this effect (ref. 2).

Though Zelensky was born a Jew, it is obvious that Zelensky, like George Soros, opposes the LORD. George Soros famously admitted on Sixty Minutes that during WWII when he was 14 years old, he helped the Nazis confiscate the property of his fellow Jews (ref. 3).

Zelenksy welcomes into Ukraine’s army Neo-Nazis such as the Azov Battalion and those who revere the WWII Nazi-collaborator Stepan Bandera. Zelensky has also approached Turkey’s Erdogan, a staunch Islamist, to obtain for Ukraine Turkish-made Bayraktar drones.

It is Bible prophecy that in the last days, some Jews will turn against their brethren (ref. Mark 13:9-13, Luke 21:12-19). It will be like this because some Jews have taken the side of Satan.

But take heed to yourselves: for they shall deliver you up to the councils; and in the synagogues ye shall be beaten… Now the brother shall betray the brother to death, and the father the son; and children shall rise up against their parents, and shall cause them to be put to death. And ye shall be hated of all men for my name’s sake: but he that shall endure unto the end, the same shall be saved.

I know thy works, and tribulation, and poverty, (but thou art rich) and I know the blasphemy of them which say they are Jews, and are not, but are the synagogue of Satan.

Remember also, the Bible explains in the last days Israel is to undergo a baptism of fire. Through this process, God will save all of the wheat, but the chaff he will be burned with fire.

I indeed baptize you with water unto repentance: but he that cometh after me is mightier than I, whose shoes I am not worthy to bear: he shall baptize you with the Holy Ghost, and with fire: Whose fan is in his hand, and he will throughly purge his floor, and gather his wheat into the garner; but he will burn up the chaff with unquenchable fire.

Now, Zelensky’s appeal to Jews worldwide to fight against Russia is as much an attempt to deceive the elect as the idea being propagated by false Christians and the confused that Russia is somehow Rosh and now is the time of Magog.

First of all, the word “Rosh” does not even occur in Ezekiel 38:3 of the KJV Bible.

And say, Thus saith the Lord GOD; Behold, I am against thee, O Gog, the chief prince of Meshech and Tubal

The 1995 version of the New American Standard Bible inserts “Rosh” in Ezekiel 38:3 before “Meshech”, as if Rosh were another nation in addition to Meshech and Tubal. It does this presumably because in the Hebrew, “rosh” occurs after “nasi” and before “Meshek”. But the Hebrew word “rosh” means “head” as in “chief”. So “nasi rosh Meshek ve Tubal” means the chief prince of Meshech and Tubal, which is how the KJV translates it, and how the 2020 version of the NASB translates it. To say Ezekiel 38:3 reads “the prince of Rosh, Meshech and Tubal” is to misunderstand the Hebrew. To make matters worse, these false Christians then go on to say Russia is Rosh simply because Rosh sounds like Russia. Never mind that one word is Hebrew and the other is English. Never mind also that “Russia” in Hebrew is רוסיה, and Rosh meaning “head” or “chief” is ראש.

Second, it is unmistakable in Revelation 20:7-8 that the war of Magog is to happen after the one thousand year reign of Jesus Christ. The English plainly reads “when the thousand years are expired”.

And when the thousand years are expired, Satan shall be loosed out of his prison, And shall go out to deceive the nations which are in the four quarters of the earth, Gog and Magog, to gather them together to battle: the number of whom is as the sand of the sea.

So, no, Russia is not against the LORD. Neither is Russia against Israel.

In fact, as I have said, Russia is the white horse, whose rider has a crown of victory, stephanos, which is a symbol of Christianity. Russia is also one of the kings of the east, which the Bible prophesies will fight for the LORD, as part of the sixth trumpet and vial, which is a wrath of God.

Towards the end, Israel also will fight for the LORD, according to his fury and for his vengeance.

Yesterday, the chancellor of Germany made a snap visit to Israel (ref. 4), and apart from holding talks about Iran’s nuclear programme, I suppose, he tried to convince Israel to change its neutral position regarding Russia versus Ukraine. Germany is now supplying arms to Ukraine but Israel is not. Ukraine had previously sought to buy Israel’s Iron Dome anti-missile system from the USA, but Israel blocked the deal (ref. 5). This proves that on matters prophetic, the state of Israel cannot be deceived.

In these last days, it makes sense that Israel would be guided by God himself.

So, Zelensky’s attempt to fool all Jews will not succeed. He may deceive some but certainly not all.

It is also very interesting that Russia has pointed out that Zelensky was once a drug addict. Russia would know this sort of thing because it is a matter of national security. Of course, western media regards Russia’s allegation as false – the idea that Ukraine is run by “a gang of drug addicts” (ref. 6). If, however, it is true that Zelensky was once addicted to a mind altering drug or an opioid-based painkiller, then that would make him susceptible to psychosis, which means demonic possession.

This brings me to a 2014 music video that has recently gone viral, produced by Zelensky’s Kvartal 95 Studio, in which Zelensky himself is filmed dancing with three other men, all wearing stilettos and tight leather (ref. 7), while singing a song that mentions being “gay”, “against the Moskovites”, and “Ukraine is not dead yet” (ref. 8).

Bear in mind, Zelensky is married, and he and his wife, Olena Zelenska, have two children. This means, this 2014 video is proof that Zelensky is sometimes not himself. More to it, he is under the influence of demons!

Some people say, the video is a parody because Zelensky is a comedian. But even if the video is supposed to be some kind of joke, it means Zelensky is not a faithful and respectful Jew. Rather, he is someone who has forsaken the holy covenant – the Torah – because it is a commandment of God that being gay is an abomination (ref. Leviticus 18:22, 20:13).

If a man also lie with mankind, as he lieth with a woman, both of them have committed an abomination: they shall surely be put to death; their blood shall be upon them.

The reason I bring up demons, which would mean Ukraine is literally fighting for Satan, is because the following lyrics of the song, which was written in 2014, suggest demons:

“Those who were sent here (spies),
They are covered in glitter,
We spit on them.”

This means, any Russian operation against Ukraine that relies on secrecy will likely fail.

During WWII, there were some forty-two attempts to assassinate Adolf Hitler. None succeeded because Hitler was protected by demons.

Now, there are reports – though the reports may be fake, merely propaganda – that Russia sent a team of Chechen assassins to take out Zelensky, but this covert team was found out and eliminated (ref. 9).

If the reports are true, then that means Zelensky does have demons around him, and Russian special forces must always take care when they are behind enemy lines, above all making sure that there is a way to escape back to safety. Never assume secrecy alone is enough.

When the fourth seal is opened, which begins the onslaught of the beast, namely Islam’s caliphate, the world will see the power of the supernatural (ref. Daniel 8:23-24) – that is to say, the reality and menace of witchcraft.

Never forget, this unfolding world war will be fought by both humans and angels. There will be angels on both sides. One third of the host of heaven has chosen the side of Satan (ref. Revelation 12:4). That’s a lot of demons.

Still, Israel should rest assured that at the appointed time, the archangel Michael, the captain of the heavenly host, will stand up to defend God’s elect (ref. Daniel 12:1, Zechariah 12:8).

In that day shall the LORD defend the inhabitants of Jerusalem; and he that is feeble among them at that day shall be as David; and the house of David shall be as God, as the angel of the LORD before them. And it shall come to pass in that day, that I will seek to destroy all the nations that come against Jerusalem.

9. Chris Jewers (2 March 2022), “Ukraine says it has killed a team of Chechen assassins who were plotting to MURDER President Zelensky”, dailymail.co.uk