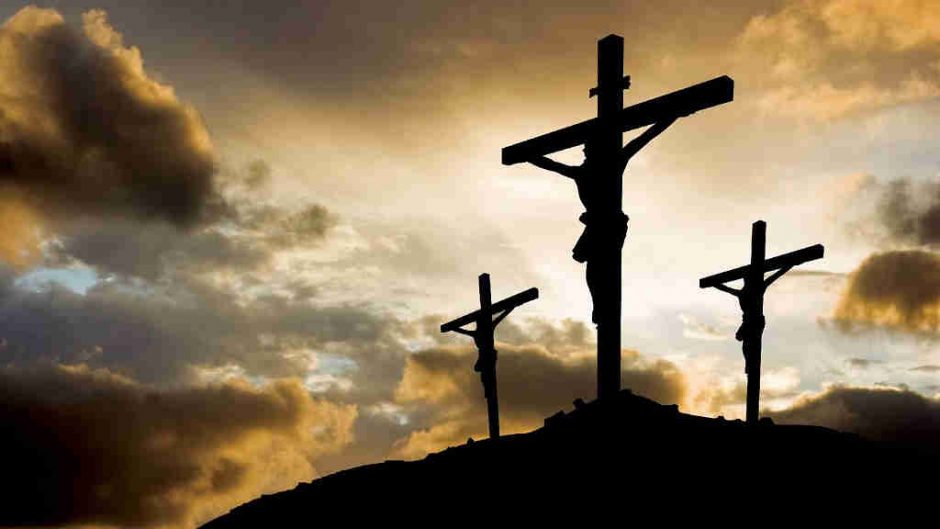 This year 2022, in a rare calendar alignment – the first time in 33 years apparently – Good Friday and Passover and also Islam’s Ramadan coincided on 15 April (ref. 1). This year, 15 April was Good Friday, the day of the crucifixion of Jesus Christ. Passover, this year, begins on 15 April and ends on 23 April. Ramadan, this year, goes from 1 April to 1 May. Even if you prefer the Eastern Orthodox tradition, this year, Good Friday will be on 22 April, which again puts it within Passover and Ramadan. All this means, 15 April 2022 or else 22 April 2022 is a day important to Christianity and Judaism and Islam, which is to say, 2022 may well be a special year in the overall scheme of things.

The coincidence of Ramadan may not be remarkable since Ramadan goes for a whole month.

Nevertheless, the coincidence of Passover and Good Friday is spiritually significant because the Passover – the moment the LORD went through the land of Egypt during the Exodus and smote all the firstborn of Egypt, while passing over the children of Israel (ref. Exodus 12:5-14) – was meant to symbolise the sacrifice of the Lamb of God that would be the crucifixion of the Son of man, Jesus Christ.

Your lamb shall be without blemish, a male of the first year… and the whole assembly of the congregation of Israel shall kill it in the evening. And they shall take of the blood, and strike it on the two side posts and on the upper door post of the houses, wherein they shall eat it. And they shall eat the flesh in that night, roast with fire, and unleavened bread… And thus shall ye eat it… it is the LORD’s passover. For I will pass through the land of Egypt this night, and will smite all the firstborn in the land of Egypt, both man and beast; and against all the gods of Egypt I will execute judgment: I am the LORD… And this day shall be unto you for a memorial; and ye shall keep it a feast to the LORD throughout your generations…

… he is brought as a lamb to the slaughter… for he was cut off out of the land of the living: for the transgression of my people was he stricken.

And looking upon Jesus as he walked, he saith, Behold the Lamb of God!

Actually, in that year, both the last supper and the crucifixion happened on Passover. I figured this out in 2017. The misunderstanding comes down to this: in Jewish custom, the new day begins at twilight or sunset, as opposed to midnight.

With that in mind, let me explain.

First of all, John is clear that the last supper of Jesus Christ and his disciples was “the feast of passover” (ref. John 13:1). The last supper happened on the night of Passover, or the first day of unleavened bread (ref. Mark 14:12).

Later that night, Jesus was betrayed by Judas at Gethsemane, and arrested (ref. Matthew 26:36-57).

Then, Jesus was brought before Caiaphas and the other Jewish priests to be tried.

Then, at some point, the cock crew. Remember, Jesus said to Peter that before the cock crows this day, he, Peter, shall deny him three times. Of course, a cock crows at dawn. Dawn would not have been the start of the next Jewish day, which means it was still the day of Passover.

This explains why the guards who led Jesus from Caiaphas to the hall of judgement did not enter the hall, lest they should be defiled and could not “eat the passover” (ref. John 18:28).

At about the sixth hour, Pilate brought Jesus before the crowds. John describes this as “the preparation of the passover” (ref. John 19:14), which speaks metaphorically and prophetically to the crucifixion of Jesus Christ, and also makes the point that it was both the day of Passover as well as the day of preparation for the Sabbath.

That year, Passover happened to be the day before a Sabbath (ref. Mark 15:42), a Friday. To this point, Pilate was asked to break the legs of the crucified so that their bodies would “not remain on the cross on the sabbath day” (ref. John 19:31). Likewise, Luke says, the body of Jesus was brought down from the cross on the day of the preparation, before the Sabbath (ref. Luke 23:53-54). Likewise, Matthew noted that the day after the crucifixion was the day “that followed the day of the preparation” (ref. Matthew 27:62).

And now when the even was come, because it was the preparation, that is, the day before the sabbath,

The Jews therefore, because it was the preparation, that the bodies should not remain upon the cross on the sabbath day, (for that sabbath day was an high day), besought Pilate that their legs might be broken, and that they might be taken away.

You see, there is no discrepancy between John and Matthew and Mark and Luke about the timing of things.

So, to recap, historically, the last supper, the betrayal and arrest at Gethsemane, the trial by Caiaphas, the cock crowing thrice, the handing over to Pontius Pilate, the mob crying out “Crucify him”, the mocking and scourging by the guards, and ultimately the crucifixion all happened on the holy day of Passover, as it was meant to.

Returning to news, this Ramadan, like last year, there is turmoil and tension in Jerusalem, concerning the Temple Mount and Al Aqsa mosque (ref. 2). At first, it was stabbings and shootings of Jews, a wave of Islamic terror. Now, it has escalated to rocket fire from Gaza, prompting retaliation from the IDF.

This year, 2022, may well see the opening of the fourth seal of Revelation, which marks the formation and rise of the beast with seven heads and ten horns.

As of now, only the first seal of Revelation has been opened. The second seal, which means open war between the superpowers, or peace taken from the earth, could happen before or after the fourth seal, the start of the time of Jacob’s trouble.