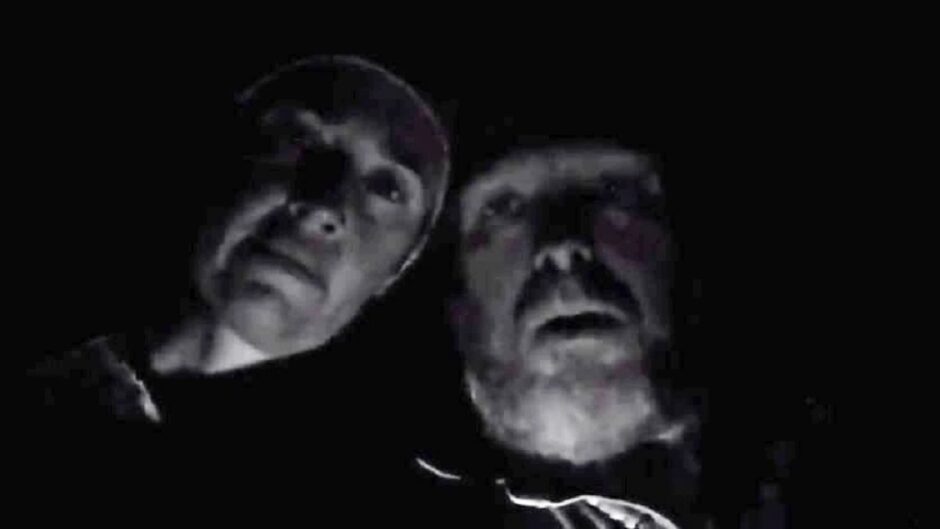 A few days ago, at a remote rural property in Wieambilla, Queensland, Australia, two police constables were shot down and then executed at point-blank range by three deranged Christian heretics, Gareth, Stacey, and Nathaniel Train. Four constables of Queensland police went to the property of Gareth and Stacey to ask about a missing person, namely Gareth’s brother and Stacey’s ex-husband Nathaniel Train. It was a welfare check. Turns out, Nathaniel was there at the property, and the three of them ambushed and attacked the police. They gunned down two police officers, and tried to kill the other two, even going as far as to start a brush fire to smoke out one of the officers who was trying to get away. That officer managed to escape and she called for backup. Upon hearing the gunfire, a neighbour went to the property, and he was also shot dead by the Trains. A tactical response team was deployed, and together with police helicopters, they managed to shoot dead the three assailants.

The trio were somehow armed with a shotgun and two rifles, and one of them was in a full ghillie suit, camouflaged head to toe (ref. 1). Queensland police suspect the whole thing was a premeditated ambush. They have since found hidden cameras, and carefully placed obstacles that effect “kill zones” (ref. 1).

On the night of the shootout, Gareth and Stacey Train posted a Youtube video, about three hours before it was over. The video has since been taken down, but apparently the Trains said, “They came to kill us and we killed them”. This was not the case and so they were evidently out of the minds, most likely possessed due to drugs.

The Trains also referred to the police as “devils and demons”.

An actual Christian would know that Romans 13 says, ordinarily, a police officer is a “minister of God” that “beareth not the sword in vain”, for he is “a revenger to execute wrath upon him that doeth evil”.

Let every soul be subject unto the higher powers. For there is no power but of God: the powers that be are ordained of God… For rulers are not a terror to good works, but to the evil… For he is the minister of God to thee for good. But if thou do that which is evil, be afraid; for he beareth not the sword in vain: for he is the minister of God, a revenger to execute wrath upon him that doeth evil.

Of course, that is for ordinary times.

However, in these last days, at the time of the False Prophet, for those who are in Babylon and the areas that Babylon controls, Romans 13 does not apply. At the time of the mark of the beast, for instance, Christians must refuse to go along, even if it means death.

But rather than arm to the teeth and engage in shootouts, which is impossible anyway because a state always has more resources and firepower than an individual, one should evade danger ahead of time, or as soon as it becomes apparent. Certainly, Jews must do this, to be saved (ref. Matthew 24:13).

The alternative is to have faith in the resurrection: the promise that Jesus Christ’s shall be resurrected on the day of the LORD. This is what it means to be a Christian.

The Son of man Jesus Christ was crucified, and then resurrected, so that people might believe in the power of God.

Now is my soul troubled; and what shall I say? Father, save me from this hour: but for this cause came I unto this hour.

For God so loved the world, that he gave his only begotten Son, that whosoever believeth in him should not perish, but have everlasting life. For God sent not his Son into the world to condemn the world; but that the world through him might be saved.

The Bible also says to the saints not to judge anyone ahead of time – judge as in judge, jury and executioner.

For I know nothing by myself… Therefore judge nothing before the time, until the Lord come, who both will bring to light the hidden things of darkness, and will make manifest the counsels of the hearts…

Also, for now, avenge not.

Dearly beloved, avenge not yourselves, but rather give place unto wrath: for it is written, Vengeance is mine; I will repay, saith the Lord.

Because, for now, it is not altogether clear who is reprobate and who might repent before the end.

Even so, the saints and those persecuted by evil, in the coming days, can rest assured that in time there will be complete justice.

Now, back to the cop killers.

In one video, Stacey Train goes religious, and reads from 2 Esdras, in particular, 2 Esdras 16:28, something not important about groves (ref. 2). However, 2 Esdras 16 is an end times type chapter that begins with the words “Woe be unto thee, Babylon…” This tells me that in their minds, the Trains thought that Australia is Babylon, or else that Babylon is worldwide. This is wrong. Babylon is the USA.

I should also add that 2 Esdras is apocryphal, which means it is not the inspired Word of God. 2 Esdras is not in the canon of the Protestant Bible. Nor is it in the Catholic Bible. Jerome actually rejected it, back when the Catholic church had not yet gone astray. Having looked through it quickly myself, I found something in 2 Esdras 6 about “Behemoth” (in some translations, “Enoch”) and “Leviathan” in regard to Genesis, which is wrong.

So, the Trains are not Christian by any measure. They were brought up evangelical, but have since become heretical. It is said, their father Ron Train is a pastor of a church.

My guess is, their behaviour is most likely explained by drugs, which means these three shooters were the ones doing the bidding of demons.

To this point, there is also the fact that Stacey Train left her husband Nathaniel Train to marry his brother Gareth Train (ref. 3). This is not Christian behaviour.

And if a man shall take his brother’s wife, it is an unclean thing: he hath uncovered his brother’s nakedness; they shall be childless.

The Trains were also connected to an American conspiracist named Don, who wears a nose ring. Described as a Christian fundamentalist by the press (ref. 4), Don likewise labels the police in America and Australia as “devils”.

Piercings and tattoos are not Christian.

Ye shall not make any cuttings in your flesh for the dead, nor print any marks upon you: I am the LORD.

I think what the demons tried to do with this shooting is provoke Australian society against “doomsday” Christians.

Zombies are a thing in these last days. Some have been brainwashed. Others have lost their mind to demons because of drugs.