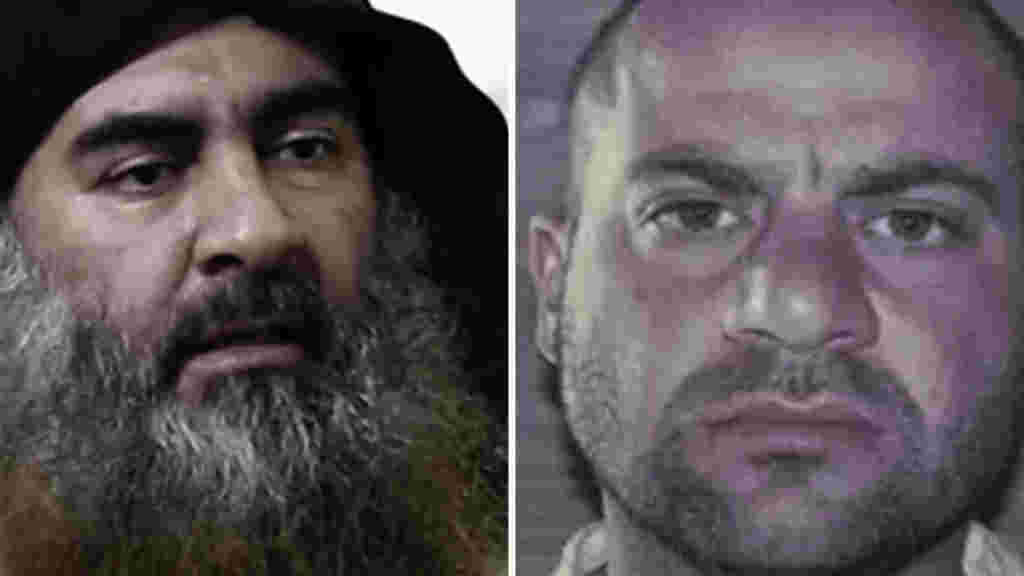 On 27 October 2019, Donald Trump announced that Abu Bakr al-Baghdadi, the leader of ISIS had killed himself with a suicide vest when US special forces attempted to capture or kill him during a decapitation mission against ISIS in Idlib Syria (ref. 1).

A few days later, 31 October 2019, ISIS confirmed the death of Baghdadi and announced through an audio recording that they would now be led by Abu Ibrahim al-Hashimi al-Qurayshi. The announcement was made through Amaq, the group’s media arm (ref. 2).

The name Abu Ibrahim al-Hashimi al-Qurayshi is a nom de guerre. Ibrahim means Abraham. Al-Hashimi is a reference to the Hashemites, a lineage of Islam’s Muhammad and also of the kings of 20th century Iraq, Syria and Jordan. And Al-Qurayshi is a reference to the Quraysh tribe of Islam’s Muhammad, a credential required of a caliph.

According to Newsweek (ref. 3), at the time of the mission against Baghdadi, ISIS was already being led by someone else, a man named Abdullah Qardash, sometimes spelt Kardesh. Keep the Kardesh spelling in mind. More on that later.

Apparently, since August 2019, ISIS formally named Abdullah Qardash, an Iraqi of Turkmen origin, as the commander of ISIS and the successor to Baghdadi. That announcement was also made through Amaq (ref. 4).

Abdullah Qardash is from Tal Afar (ref. 4), Iraq, west of Mosul. He was an officer in the Iraqi Army under Saddam Hussein (ref. 4). He is well versed in Islam, having studied at the College of Imam al-Adham Abu Hanifa al-Noumani in Mosul (ref. 4). Some call him “The Professor” because of his formal studies in Islam (ref. 5).

Like Baghdadi, Qardash was a prisoner at US Camp Bucca in Basra after the 2003 US invasion of Iraq, the war that toppled Saddam Hussein and made America Babylon the great. Reportedly, it was at that US prison where both men were heavily indoctrinated by al-Qaeda veterans (ref. 4), the very moment ISIS began.

… and I saw a woman sit upon a scarlet coloured beast, full of names of blasphemy, having seven heads and ten horns… And upon her forehead was a name written, Mystery, Babylon the great…

Both Baghdadi and Qardash are said to descend from the Quraysh tribe of Mecca and also directly from the family of Islam’s Muhammad. This explains the al-Qurayshi of Qardash’s nom de guerre, Abu Ibrahim al-Hashimi al-Qurayshi.

It is clear that Abdullah Qardash is the real name of this man because he was once on the payroll of the Iraqi army, and he was a prisoner at US Camp Bucca.

Now, it is important to know his actual name, that is to say, the name that was given to him at birth, because the Bible prophesies that the beast, also known as the Assyrian, and also as the Antichrist, will have a name that sums in gematria to the number 666.

Let us now count the number of the name “Abdullah Qardash”:

Well, here is the subtle part: Qardash can also be spelt Kardash.

Remember, earlier I mentioned that I read in Newsweek that Qardash can also be spelt Kardesh. The a-e vowel difference is irrelevant but the K explains the 80!

By the way, the Hebrew script I am using here is the one that most are familiar with. But it is not proper Hebrew. It is called Ktav Ashuri or Ashurit, literally “the Assyrian script”. Nobody knows what proper Hebrew looks like anymore. The fact that the Jews wrote Hebrew using an Assyrian script while in Babylon is probably the reason why Daniel and Ezra preferred Aramaic.

His eyes were as a flame of fire, and on his head were many crowns; and he had a name written, that no man knew, but he himself. And he was clothed with a vesture dipped in blood: and his name is called the Word of God.

Anyway, in Hebrew as well as in Arabic, phonetically Q and K produce a K like sound.

So, let us now spell his name with a K instead of a Q.

Besides having a gematria of 666, Abdullah Qardash was born in Tal Afar, Iraq. Today, Tal Afar is within the Iraqi “Governorate of Nineveh”. Long ago, Tal Afar would have been within the ancient empire of Assyria, whose capital was once “Nineveh”.

The Bible prophesies that the Antichrist will come out of Nineveh.

The burden of Nineveh. The book of the vision of Nahum… There is one come out of thee, that imagineth evil against the LORD, a wicked counsellor.

Therefore thus saith the Lord GOD of hosts, O my people that dwellest in Zion, be not afraid of the Assyrian: he shall smite thee with a rod, and shall lift up his staff against thee, after the manner of Egypt. For yet a very little while, and the indignation shall cease, and mine anger in their destruction.

What is Assyria, if not Iraq and Syria! Parts of Iraq and Syria were held by ISIS when Baghdadi, Qardash’s predecessor, proclaimed himself caliph in 2014, on the 4th of July.

For all these reasons, the new leader of ISIS, Abdullah Qardash, must be the Antichrist!

I am the first to identify Abdullah Qardash as the Antichrist. I made this call on 1 November 2019, on Dailymotion and Youtube.

3. Tom O’Conner & Naveed Jamali (27 October 2019), “ISIS already has a new leader, but Baghdadi may not have been running the group anyway”, newsweek.com