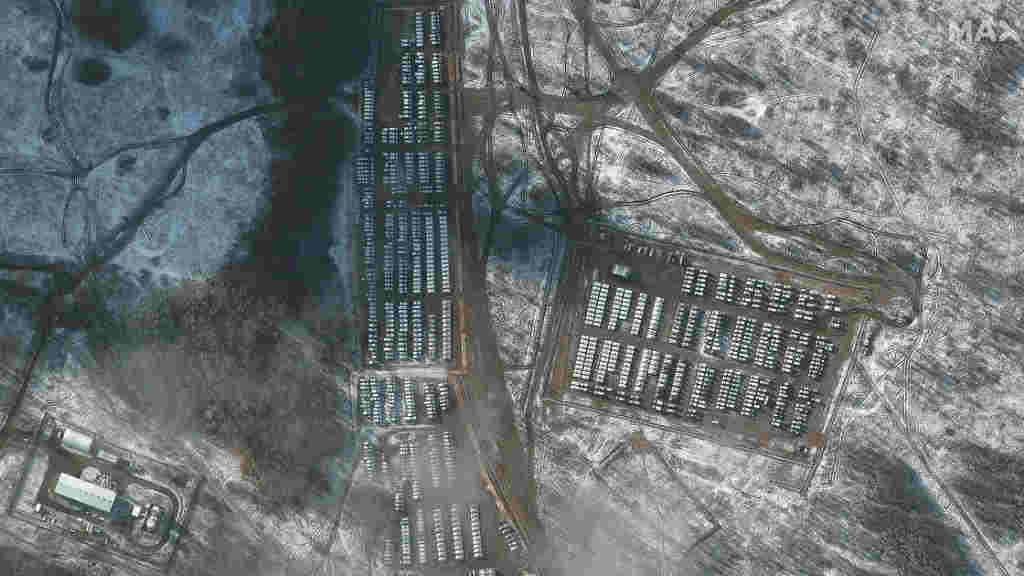 The tensions simmering between Russia and NATO concerning Ukraine could soon boil over into war.

A few days ago, Russia drafted a new security agreement, and presented it to the US and NATO. Among the things that Russia wants is Ukraine to be denied membership into NATO, and the US to withdraw from Eastern Europe, specifically from Poland and the Baltic States of Estonia, Latvia and Lithuania (ref. 1).

NATO missile systems and pre-positioned battle groups in Poland and the Baltic States are a direct threat to Belarus and also to Russia itself. Plus, the Russian province of Kaliningrad, home to Russia’s Baltic Fleet, is an enclave, which is more vulnerable than a salient.

The prospect of Ukraine entering NATO, and the idea of US missile systems in Ukraine, which would take mere minutes in flight time to reach targets in Moscow, has Russia saying enough is enough.

The US, for its part, has said that some things Russia has asked for are “unacceptable” (ref. 3).

It is very interesting that the US actually gave a verbal pledge to Mikhail Gorbachev in 1990 that NATO would not expand towards Russia. According to documents declassified around 2017, “not one inch eastwards” were the words of the then US Secretary of State James Baker (ref. 4).

Lies and empty promises are indeed the way of the devil.

Ye are of your father the devil, and the lusts of your father ye will do. He was a murderer from the beginning, and abode not in the truth, because there is no truth in him. When he speaketh a lie, he speaketh of his own: for he is a liar, and the father of it.

Another recent example of this is America’s withdrawal from Afghanistan after doing a deal with the Taliban in Doha, behind the back of the Afghan government. Consequently, the many individual Afghans who helped the US were betrayed, left there to be found out and systematically executed (ref. 5). The Taliban too pledge there would be amnesty but then acted differently once the cameras went away (ref. 5). The irony of the US naming their operation in Afghanistan “Enduring Freedom” was not lost on anyone.

Now, what has the unfolding situation between NATO and Russia to do with Bible prophecy?

In the last few years, already there have been wars and rumour of wars (ref. Matthew 24:6, Mark 13:7, Luke 21:9), conflicts that involve both nations and kingdoms – a kingdom being a realm within a nation.

At some point though, there is to be war even between the great powers of the world. As Revelation puts it, peace is to taken from the earth.

Normally, wars between great powers are preceded by ultimatums.

But the Bible says that there is a time for peace, and a time for war (ref. Ecclesiastes 3:8).

Never forget also, this is a war that started in heaven, a war that involves the devil and his angels (ref. Revelation 12:7-9).

… Woe to the inhabiters of the earth and of the sea! for the devil is come down unto you, having great wrath, because he knoweth he hath but a short time.

Ultimatum or not, the latest news is that Russia has warned that it is willing to take military measures to stop these ongoing steps of NATO (ref. 7).

Russia has also since withdrawn from the Open Skies Treaty, which the US abandoned years ago.

There has not been a situation like this since the Cuban missile crisis of 1962, thirteen days when nuclear war very nearly broke out.

Concerning NATO and Ukraine, it might be said that the gauntlet has been thrown down.

Speaking of gauntlets being thrown down, recently I watched the movie The Last Duel, which is based on historical events, the 1386 trial by combat between Jean de Carrouges and Jacques le Gris.

The legal procedure of trial by combat is not actually a Christian thing, but rather a relic of an ancient Germanic custom. Sometimes the combat would be between the plaintiff and the defendant. Other times, champions would fight in their stead. Trial by combat was embraced by the Franks, because Charlemagne was a Frankish king who reigned over the lands of the Germanic people.

Nevertheless, the idea that the truth of something can be found out through combat is biblical.

In the Bible, David duels against Goliath, and prevails to prove to all that the LORD exists and that the battle is his (ref. 1 Samuel 17:1-51).

This day will the LORD deliver thee into mine hand; and I will smite thee, and take thine head from thee; and I will give the carcases of the host of the Philistines this day unto the fowls of the air, and to the wild beasts of the earth; that all the earth may know that there is a God in Israel. And all this assembly shall know that the LORD saveth not with sword and spear: for the battle is the LORD’s, and he will give you into our hands.

Remember, the God of Israel is “the LORD of hosts”, which means the LORD of armies. That is to say, the outcome of war is determined by God.

For thy maker is thine husband; the LORD of hosts is his name; and thy Redeemer the Holy One of Israel; The God of the whole earth shall he be called.

I do not know whether the second seal of Revelation will be opened soon, or even next year, but I can say for sure that eventually Russia and China, which are “the kings of the east”, will be at war against the US, which is Mystery Babylon. Consequently, the east will also be at war against the allies of Babylon, namely “the kings of the earth”. And of course, there is also the beast with seven heads and ten horns, the empire of the Antichrist, to keep in mind. By the time of the mark of the beast, Mystery Babylon and the Antichrist will be openly together (ref. Revelation 13:12). At that time, Babylon will no longer pretend to be good.

Two against the whole world might seem impossible odds. Then again, David who was a mere shepherd did slay the giant Goliath. He did so because the LORD was with him.

Concerning the conflict between Russia and China on one side, and the US and NATO and others on the other, the truth as to which side is good and which is evil may well become apparent long before the end. What I mean is, one side will begin to lose ground well before the final and decisive strike at the seventh trumpet and vial on the day of the LORD. Though I cannot say for sure, it might even be apparent before the time of the mark of the beast.

Today, many are under the impression that the US is a Christian nation. Yet, Russia is also a nation of Christians, akin to Greek Orthodox.

I say one thing about China and Russia. Others say something else.

Who is speaking the truth?

The LORD shall go forth as a mighty man, he shall stir up jealousy like a man of war: he shall cry, yea, roar; he shall prevail against his enemies. I have long time holden my peace; I have been still, and refrained myself: now will I cry like a travailing woman; I will destroy and devour at once.

For the day of vengeance is in mine heart, and the year of my redeemed is come.

1. Gabrielle Tétrault-Farber and Tom Balmforth (18 December 2021), “Russia demands NATO roll back from East Europe and stay out of Ukraine”, reuters.com