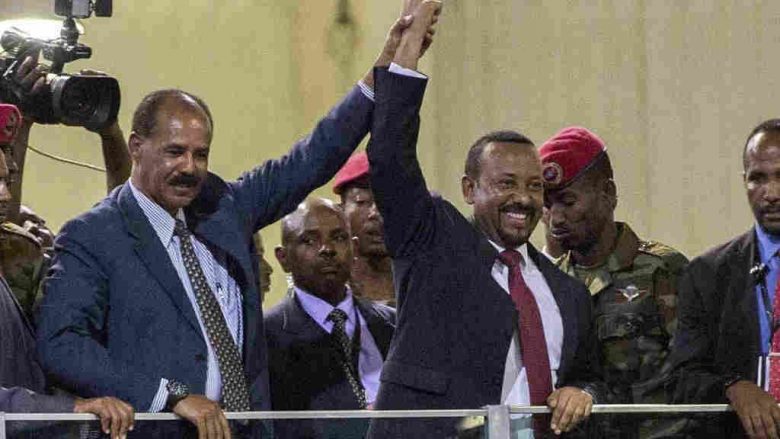 Civil war has started in Ethiopia between the federal government led by PM Abiy Ahmed Ali, who is an Oromo, and the Tigray region of northern Ethiopia, which is populated by Tigrayans.

In my opinion, the Tigrayans descend from Queen Sheba, a sovereign of the ancient kingdom of Aksum, located in modern-day Ethiopia. The town Axum in Tigray is the site of the capital of ancient Aksum.

The Amharas, at least since the 13th century, proclaim to descend from Queen Sheba and Israel’s King Solomon, presumably citing 1 Kings 10:1-13 and 2 Chronicles 9:1-12 and Song of Solomon 1:4-5.

And when the queen of Sheba heard of the fame of Solomon concerning the name of the LORD, she came to prove him with hard questions. And she came to Jerusalem with a very great train, with camels that bare spices, and very much gold, and precious stones: and when she was come to Solomon, she communed with him of all that was in her heart. And Solomon told her all her questions: there was not any thing hid from the king, which he told her not.

Draw me, we will run after thee: the king hath brought me into his chambers: we will be glad and rejoice in thee, we will remember thy love more than wine: the upright love thee. I am black, but comely, O ye daughters of Jerusalem, as the tents of Kedar, as the curtains of Solomon.

This proclaimed Solomonic dynasty started by Yekuno Amlak in 1270 AD, whether truly of the line of Solomon or not, ruled Ethiopia until 1974. The last king of Ethiopia, Haile Selassie I, was Amharic, which explains why the official language and script of modern-day Ethiopia is Amharic.

In 1974, Ethiopia was overthrown by the Derg, a Marxist group that garnered support from the Soviet Union until the 1980s. The Derg, in turn, was overthrown by a coalition of armed groups in Ethiopia collectively known as the Ethiopian People’s Revolutionary Democratic Front. In particular, the Tigray People’s Liberation Front defeated the Derg and took the reins of power.

The “Tigray People’s Liberation Front” – and notice the name which is quite similar to China’s “People’s Liberation Army” – remains dominant in the region of Tigray today. Indeed, until the government of PM Abiy Ahmed Ali, Tigryans though comprising only a small fraction of the overall population of Ethiopia were essentially the ruling elite of the whole country.

Upon assuming office in 2018, on the back of Yellow-Vest-like or Arab-Spring-like protests, Abiy Ahmed Ali has been trying to purge all Tigryans from the government and military (ref. 1). This systematic dismantling of the power structure of Ethiopia has of course angered the Tigray People’s Liberation Front.

A few days ago, special forces of the Tigray People’s Liberation Front seized artillery and other heavy weapons from Ethiopia’s northern command. This prompted PM Abiy Ahmed Ali to declare a state of emergency and the start of a military campaign against the region of Tigray (ref. 2). Today, PM Abiy Ahmed Ali launched airstrikes against targets in Tigray (ref. 3). Thus begins Ethiopia’s civil war.

And ye shall hear of wars and rumours of wars: see that ye be not troubled: for all these things must come to pass, but the end is not yet. For nation shall rise against nation, and kingdom [a realm within a nation] against kingdom…

Now, I should mention that Abiy Ahmed Ali received the 2019 Nobel Peace Prize for ending hostilities between Ethiopia and Eritrea. Notice, Eritrea is a nation of Muslims, while Ethiopia the stronger of the two is predominantly Orthodox Christian, or Tewahado, a denomination of Christianity that goes all the way back to Acts 8:27-40, and began in Ethiopia after a king of ancient Aksum was baptized.

Furthermore, it is said Abiy Ahmed Ali is a Protestant Christian, specifically a Pentecostal, though his father was a Muslim and his mother a Tewahado. In my opinion, to the extent that Pentecostals actually read and believe a correct version of the Bible such as the KJV, they are Christian. But everything else about this denomination that started in America in 1900 including speaking in tongues and the so-called “prosperity gospel” is nonsense. Think Joel Osteen and his ilk.

For these two reasons, in this fight between Abiy Ahmed Ali and Tigray, which I regard to be a fight between Satan and God, I am for Tigray.

We also know from Psalms 72:10 that during the Millennial Reign, Ethiopia, specifically the rulers of Sheba, will bring gifts to the kingdom of God.

The kings of Tarshish and of the isles shall bring presents: the kings of Sheba [Ethiopia] and Seba shall offer gifts.

This means, at some point Ethiopia must be ruled once more by the descendants of Sheba!

In 1896, Ethiopia astonished the world by defeating Italy at the Battle of Adwa, the only time an African nation prevailed over a European empire. Italy at the time was Catholic and Jesuit, and Ethiopia was predominantly Tewahado. Adwa happens to be in Tigray! 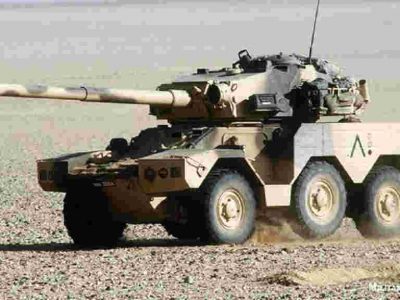 Second letter from military ranks warning Macron over Islam and the “survival” of France
A second open letter has appeared, in the magazine Valeurs Actuelles, from anonymous serving officers… 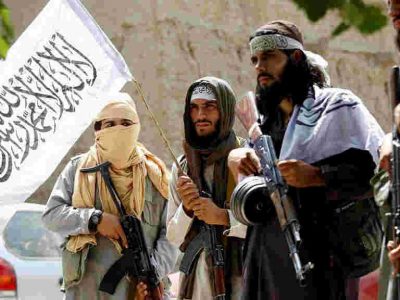