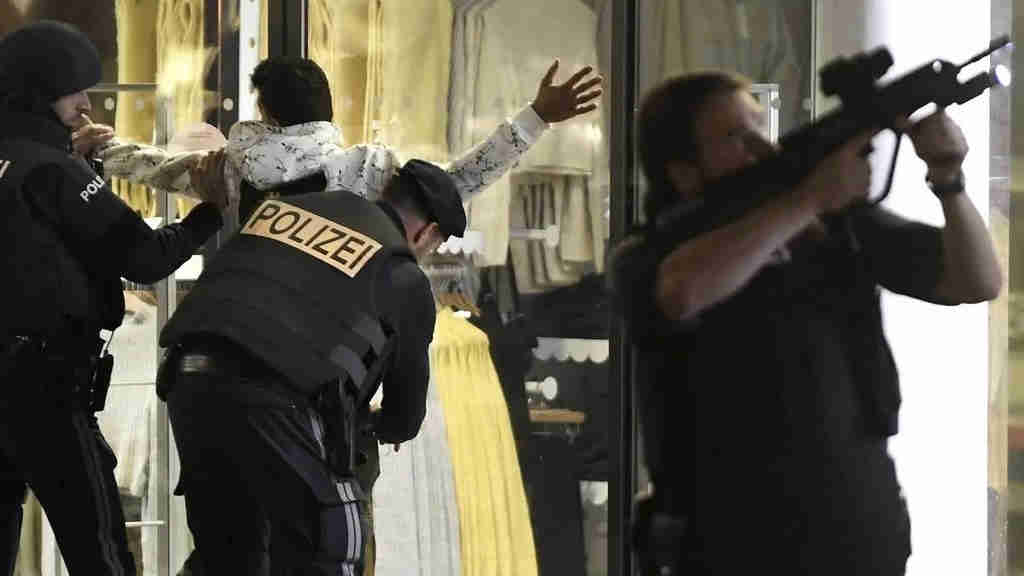 Multiple gunmen armed with assault rifles and handguns attacked Vienna, Austria today. Gunfire erupted at 8 pm in the Seitenstettengasse area of the city, on the same street where the city’s main synagogue, Stadttempel, is located. Apparently, the synagogue was closed at the time, so the attackers shot at patrons of a nearby cafe sitting at tables on the sidewalk. Austrian authorities have described it as a “repulsive terror attack” (ref. 1).

Because the attack happened just hours before Austria was to reimpose a Covid-19 lockdown, Vienna’s bars and restaurants were filled with people enjoying a final night out.

Eyewitnesses said, the terrorists fired at least 100 rounds, killing 1 and wounding 15 (ref. 2). Of the wounded taken to hospital, 7 were in a serious condition.

When police arrived at the scene, there was a shootout. In the exchange of gunfire, 1 police officer was wounded, and 1 terrorist was killed. Now, the others are on the run, and a manhunt is underway (ref. 3).

The Bible prophesies that the fourth beast shall be unlike any other kingdom, and it shall devour the earth, treading it down and breaking it in pieces.

If you think the Antichrist will establish a one-world government, you are mistaken. The Bible says, the beast will break the world in pieces.