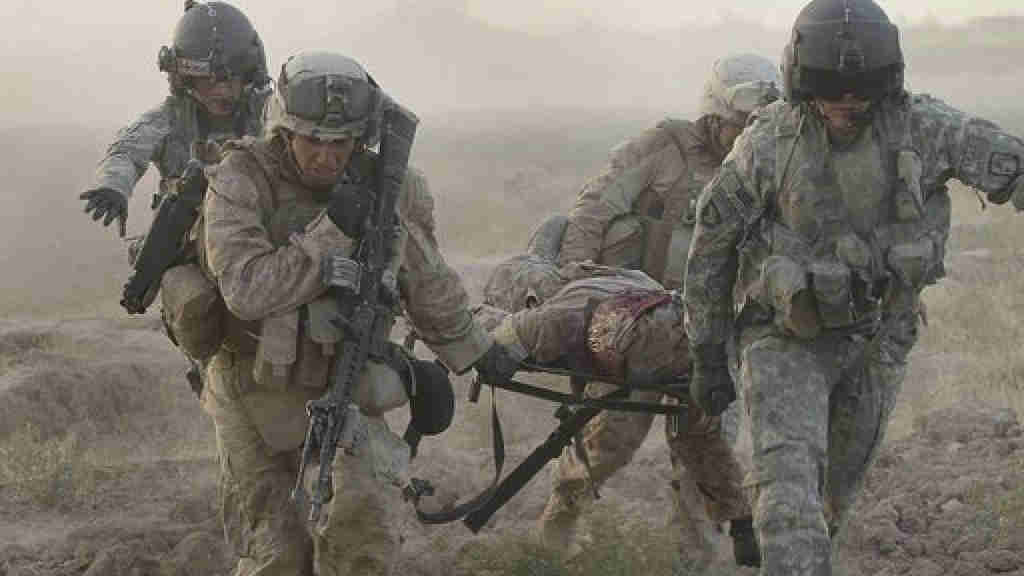 Over the last few months, you might have noticed that America and the other nations of the 5-eyes alliance have been pouring scorn on China, trying desperately to rile up the public against China.

What time she lifteth up herself on high, she scorneth the horse and his rider.

The latest smear is that supposedly China has been trying to pay Afghans to attack US soldiers in Afghanistan (ref. 1). The claim from US Intelligence is said to be “unconfirmed”. Nevertheless, the Trump administration has quickly declassified the information and publicised it as if everything that US Intelligence says must be the truth.

Maybe he thinks everyone has forgotten that Mike Pompeo who was the Director of the CIA between 2017 and 2018 famously said in 2019 about the CIA: “we lied, we cheated, we stole” (ref. 2).

A spokesman for China’s Foreign Ministry has dismissed the story as an attempt to damage China’s reputation, adding that China has never resorted to paying non-state actors to attack other countries.

The smear is even viler than it seems because the other side, Turkey, for instance, does in fact have a track record of paying non-state actors, notably the jihadists of the Free Syrian Army, to fight in Syria, in Libya and more recently in Nagorno-Karabakh.

It reminds me of Trump describing the virus SARS-COV-2 that caused the COVID-19 pandemic as the “China virus”, or the “Kung flu”.

Quite likely, SARS-COV-2 is an American bio-weapon.

SARS-COV-2 is a synthetic virus because it has HIV inserts. It is well known that HIV itself was synthetically engineered in a lab by the USA during the Cold War.

SARS-COV-2 is not a natural bat virus that somehow mutated to include HIV. Rather, it is a man-made virus that uses much of a naturally occurring bat virus. This sort of thing is possible because of Crispr-Cas9, a discovery in the field of synthetic biology by American and Japanese scientists that is as significant and as potentially devastating as Einstein’s realisation of E=MC2.

Surely it is no coincidence that Event 201, a coronavirus pandemic simulation or “war game”, was held in New York some two months before the outbreak of SARS-COV-2 in Wuhan China.

Nor is it a coincidence that Wu Han 武汉 literally means the military of the Han.

Nor is it a coincidence that the outbreak happened just before Chinese New Year when millions of Chinese would travel all across China, many using the transport hub of Wuhan.

Nor is it a coincidence that from 2014 the US National Institute of Health funded China’s virology lab in Wuhan, China’s only BSL-4, to carry out research in a bat coronavirus so that there would be samples of a bat coronavirus there before the official outbreak in Wuhan in 2019 (ref. 3).

Nor for that matter is it a coincidence that the US has a track record of funding outsourced research into synthetically engineered viruses. One study recreated the now extinct Spanish flu (ref. 4). Another study figured out how to make H5N1 avian influenza airborne (ref. 5). And another even pieced together a “chimeric SARS-like” coronavirus (ref. 6), to use the scientists’ own words.

It is no secret that the US army has declared synthetic biology “a priority” (ref. 7).

It is no secret either that the Pentagon has been funding work on synthetically engineered viruses, to be used as bio-weapons. A whistle-blower within the Pentagon has leaked video footage, dated 2005, of a lecture during which a synthetically engineered flu virus is being proposed to top brass as a possible bio-weapon that can alter a gene, VMAT2, and therefore the behaviour of fundamentalist Muslims (ref. 8). The bio-weapon is called “FunVax”, short for fundamentalist vaccine.

All that to say this: there is considerable circumstantial evidence that America created and intentionally released SARS-COV-2 as a bio-weapon against China, but then it all went wrong and it backfired.

The Bible prophesies that in the last days Babylon’s sorceries, or pharmakeia as in pharmaceuticals, will deceive all nations!

… for by thy sorceries [lit. pharmakeia] were all nations deceived.

America did this thing that resulted in the worldwide pandemic. Yet, Trump and his lot have the gall to point the finger at China.

Notice, this is not the first time that America has accused some nation of trying to pay non-state actors in Afghanistan to target US troops. Months ago, the culprit was reported to be Russia (ref. 9).

For those who do not understand what is happening, let me explain. This riling up of public sentiment is basically how a democracy prepares itself for war.

This war will be a war between evil and good.

The Bible says that in the last days the devil deceives the world. No one seems to wonder what it is that the devil has deceived the world about.

3. Justin Fendos (13 May 2020), “Why Would the US Have Funded the Controversial Wuhan Lab?”, thediplomat.com

7. Patrick Tucker (1 July 2019), “The US Army Is Making Synthetic Biology a Priority”, defenseone.com