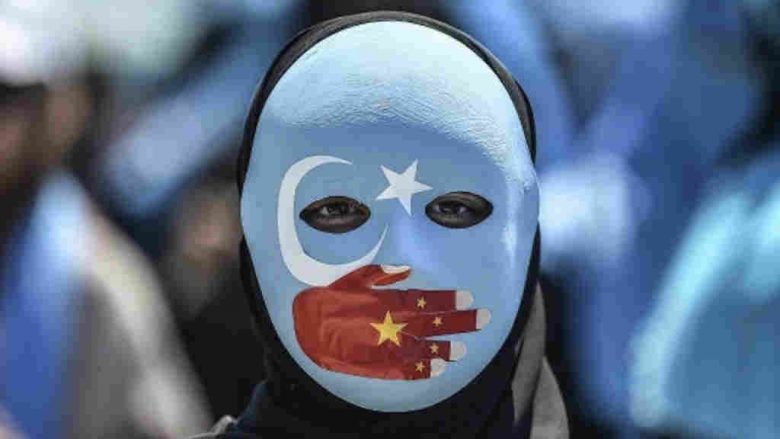 US Secretary of State Mike Pompeo says what China is doing to Uighur Muslims amounts to a “crime against humanity” and even “genocide” (ref. 1). What he is talking about are the “vocational training centres” in Xinjiang which China has set up to give Uighurs new skills and a new outlook on life, an outlook beyond radical Islam. These training centres are essentially an attempt to stamp out Islamism.

The first thing to be said about this is that the Trump administration, which proclaims to be Christian, is here advocating for Islam! Islam is not a newer testament, as Muslims and Satanists like the forthcoming False Prophet would have you believe. Islam, which says that Jesus is not the Son of God, is “antichrist” (ref. 1 John 2:22-23).

Next, according to China, the purpose of these centres is merely to stop Islamic “extremism”. At this stage, nobody is wiping anybody out. Even the preaching of Islam in Xinjiang is not forbidden, as long as the Imams of Uighur mosques do not preach violence or terrorism or separatism. Therefore, right now, China’s position on Islam is no different from that of, say, France (ref. 2). Yet, America does not criticise France this way.

Clearly, Mike Pompeo’s cry of “genocide” and “crime against humanity” is hyperbole, intended to malign.

Never forget that China’s vocational training centres came about as a consequence of the riots of Urumqi 2009, which saw many non-Muslim Chinese in Xinjiang beaten to death by rampaging Muslim Uighurs.

If anything, this attempt to de-Islamise the Uighurs of Xinjiang should be praised.

A few days ago, Mike Pompeo also made the allegation that COVID-19 originated from China’s BSL-4 equivalent lab in Wuhan (ref. 3). It seems, the wet-market slur that was all the rage a year ago is no longer satisfying. Perhaps, the mad scientists of Babylon are worried that the synthetic nature of the virus will inevitably be figured out.

If there has been a “crime against humanity”, surely it would be SARS-COV-2: America’s bio-weapon, in other words, Mystery Babylon’s pharmakeia (ref. Revelation 18:23).

China has quite rightly described Mike Pompeo as “Mr Liar” and a “lunatic”, someone staging his “final madness” (ref. 4).

It must be said, this is literally madness. This ongoing riling up of sentiment against China through lies and hyperbole is Satanic. The Bible warns that 3 unclean spirits will come out of the mouths of the dragon (Satan), the beast and the false prophet (ref. Revelation 16:13-14). Prophetically, these spirits of devils will convince “the kings of the earth and of the whole world” to fight against “the kings of the east”, which is the army of the LORD of hosts (ref. Joel 2:11, 2:25).

If you are a Christian, you might have heard that the Antichrist will lead a one-world government, a government presumably with America and China on the same side. It should be obvious by now that that is a fantasy.

Armageddon is the final battle of a war between 2 sides. The battle of Gog of Magog will happen after the 1000 year reign of Jesus Christ, not before (ref. Revelation 20:8). Do not confuse the former with the latter, or confuse Zechariah 12 with Zechariah 14.

It is Bible prophecy also that this world war will see one-third of this world killed (ref. Revelation 9:15-21), besides the nuclear annihilation of Mystery Babylon in one hour of one day. Four angels presently bound in the river Euphrates will be loosed to make sure that the will of God is fulfilled. Notably, among those killed in this war will be they who “worship devils” and they who practise “sorceries”!

And the four angels were loosed, which were prepared for an hour, and a day, and a month, and a year, for to slay the third part of men. And the number of the army of the horsemen were two hundred thousand thousand: and I heard the number of them… By these three was the third part of men killed, by the fire, and by the smoke, and by the brimstone, which issued out of their mouths… And the rest of the men which were not killed by these plagues yet repented not of their works of their hands, that they should not worship devils, and idols… Neither repented they of their murders, nor of their sorceries, nor of their fornication, nor of their thefts.

The moral, surely, is not to be on the wrong side!

When this prophecy comes to pass, the wicked might cry “genocide”, “a crime against humanity”. Nothing can be further from the truth.

This is a righteous war (ref. Revelation 19:11), and it is through this world war, this “marvellous work” of God (ref. Isaiah 29:14), that Satan will lose all power in this world.

Even the fiery end of Babylon is righteous (ref. Isaiah 24:15), because Babylon encourages spiritual “fornication” across the world (ref. Revelation 17:2), in other words, freedom of religion.

Wherefore glorify ye the LORD in the fires, even the name of the LORD God of Israel in the isles of the sea.

All this must happen, for there is one true God, who is one and three at the same time. The other religions are the work of rebellious angels pretending to be gods or pretending to be angels of God.

In due time, the messengers of Islam will no more be heard (ref. Nahum 2:13).

Behold, I am against thee, saith the LORD of hosts, and I will burn her chariots in the smoke, and the sword shall devour thy young lions: and I will cut off thy prey from the earth, and the voice of thy messengers shall no more be heard.

Look unto me, and be ye saved, all the ends of the earth: for I am God, and there is none else. I have sworn by myself, the word is gone out of my mouth in righteousness, and shall not return, That unto me every knee shall bow, every tongue shall swear.

Wherefore God also hath highly exalted him, and given him a name which is above every name: That at the name of Jesus every knee should bow, of things in heaven, and things in earth, and things under the earth; And that every tongue should confess that Jesus Christ is Lord, to the glory of God the Father. 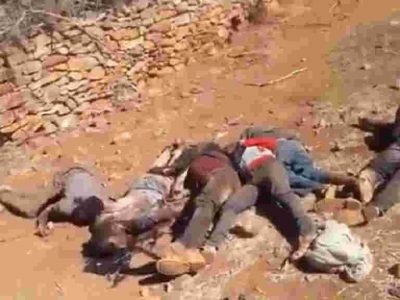 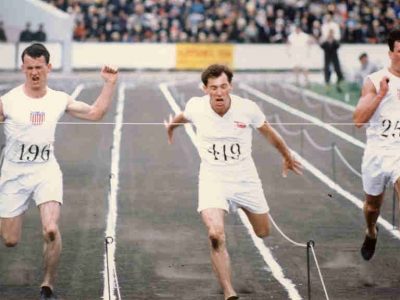 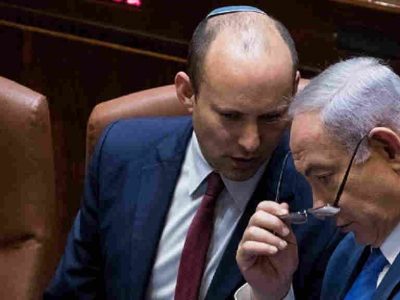 Bennett changes his mind about a deal with Lapid, so for now Netanyahu remains PM
In the wake of the chaos between Jews and Arabs across Israel, Naftali Bennett, the…
Buy a book to support this site: