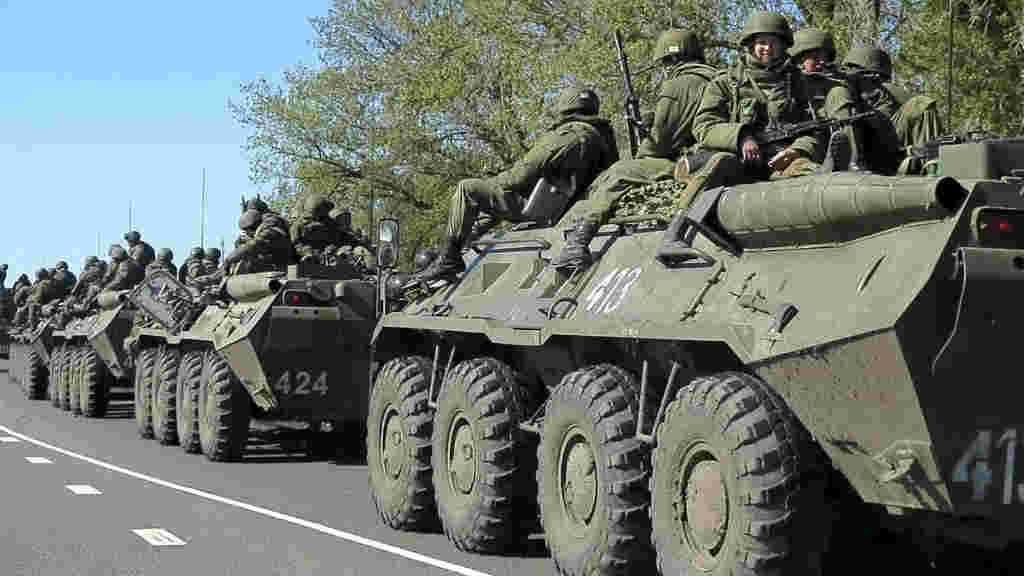 In Donbas, eastern Ukraine, the ceasefire established in July 2020 has been broken. The Ukrainian military is once again attacking the Russian speaking people of the region (ref. 1). Both sides accuse each other of breaking the ceasefire. This conflict, which erupted in 2014, in the aftermath of Maidan and Crimea, has seen over 13000 killed. Now, a resumption of hostilities together with talk that Ukraine intends to join NATO has prompted Russia to mobilise tanks, missiles, howitzers, gunboats and thousands of troops to the border (ref. 2).

The USA, which has pledged to back Ukraine in its standoff with Russia, is sending two warships to the Black Sea (ref. 3), and also two long-range bombers to the nearby Aegean Sea that will exercise decapitating Russia’s Black Sea Fleet (ref. 4).

As foretold in the Bible (ref. Matthew 24:6-7, Mark 13:7-8, Luke 21:9-10), in the last days there will be wars and rumours of wars that involve kingdoms and nations. This civil war in Ukraine, kingdom against kingdom, also involves the USA and Russia, nation against nation.

Never forget, Ukraine was first destabilised in 2013, in an Arab Spring like uprising. In 2013, Ukraine was led by Viktor Yanukovych, a pro-Russia president who had agreed to a strategic partnership with China. Yanukovych was slated to visit China in early December 2013. A week or so before that, the Maidan protests began. By February 2014, Maidan had become a revolution, and the government of Yanukovych was overthrown. Yanukovych himself had to flee for his life to Russia.

Yanukovych, the democratically elected president of Ukraine, was ousted essentially by a foreign covert operation! Why do I say this? I say this because the 2017 documentary “Ukraine: The Hidden Truth”, by an Italian investigative journalist, has revealed that the sniper fire that had enraged the Maidan protesters was carried out by three Georgians, two Lithuanians, and one American instructor, almost certainly a CIA agent (ref. 5).

At the time, it was widely reported in the US press, including the CIA’s Radio Free Europe and Radio Liberty, that the sniper fire had come from Ukrainian Berkut police.

So, the widely reported footage of Berkut police with sniper rifles was actually of them trying to do counter sniper fire.

All this means, Maidan was essentially a covert operation by a foreign power to take control of Ukraine!

Maidan is the reason Russia had to intervene in Crimea. And Crimea prompted the new government of Ukraine, a government that embraces the neo-Nazi Azov Battalion, to move against Donbas.

You see, Babylon’s desire to dominate the world (ref. Revelation 17:18) has caused many deaths and much suffering. From Ukraine to Syria, from Hong Kong and Taiwan to the rise of ISIS in post-Saddam Iraq, all of it stems from the wicked machinations of Babylon.

One day, Babylon will be no more. Only then can there be rest and quiet.

That thou shalt take up this proverb against the king of Babylon, and say, How hath the oppressor ceased! the golden city ceased! The LORD hath broken the staff of the wicked, and the sceptre of the rulers. He who smote the people in wrath with a continual stroke, he that ruled the nations in anger, is persecuted, and none hindereth. The whole earth is at rest, and is quiet: they break forth into singing.