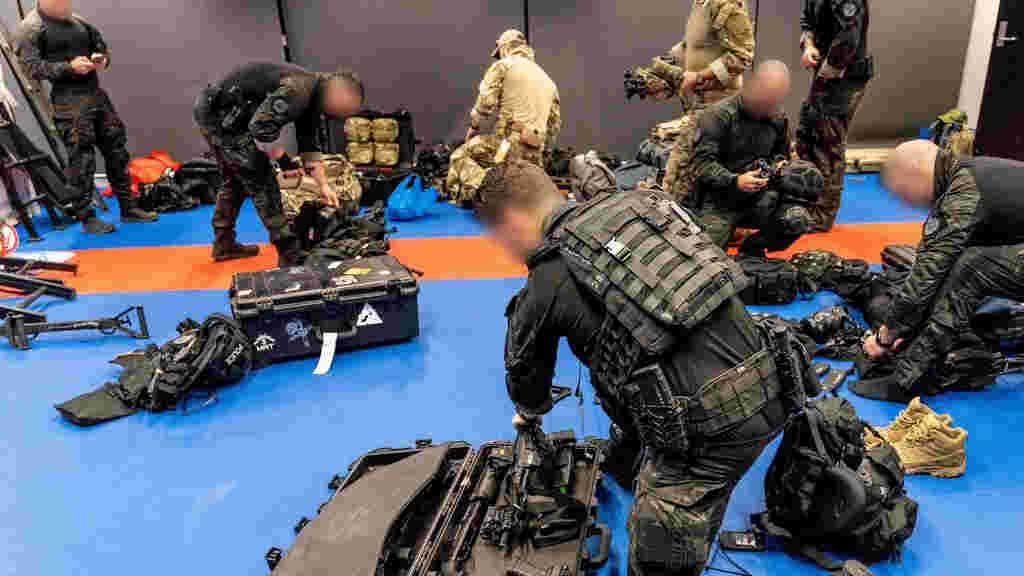 A week or so ago, an operation led by the Australian Federal Police, code-named “Operation Ironside”, which involved thousands of AFP police officers and included elements of state and territory police, moved against organised crime in Australia, including drug trafficking, illegal firearm distribution, and plots to murder. The AFP arrested two hundred and twenty-four individuals, seized tonnes of drugs and hundreds of weapons and millions in cash (ref. 1). This operation, described as “Australia’s largest-ever police bust”, has set back the illicit drug trade in Australia considerably.

As I have said before, drugs such as marijuana and opioids and methamphetamines as well as amphetamines are used by Satan to get individuals to do things that they might not otherwise do.

Standing at the press conference was the prime minister, Scott Morrison, and also a representative of America’s FBI. Though the operation was led by the AFP, it involved the FBI.

Now, it is regrettable that medical marijuana was made legal throughout Australia in 2016. And then in 2019, the Australian Capital Territory went further and made recreational marijuana legal. This ACT thing was a tactical move. It means, in time to come, some Commonwealth public servants in Canberra are going to behave strangely and do the devil’s bidding.

But even so, the illicit drug trade must have been a big deal for the devil’s lot in Australia. So, Operation Ironside has inadvertently smashed some of their plans.

It is no secret, at least not any more, that the CIA has been in the business of drug trafficking. This is the same CIA that recruits heavily from the occult secret society, Skull and Bones. The American investigative journalist Gary Stephen Webb exposed the dark alliance between the epidemic of crack cocaine in Los Angeles and the anti-communist Contra rebels in Nicaragua. His story was portrayed in the movie, “Kill the Messenger” (2014).

Apparently, when Webb was found dead with two gunshot wounds to his head, his death was ruled a suicide.

More recently, the drug trade has been booming in Mexico. Mexican drug cartels are notoriously violent and armed to the teeth with military-grade weapons. I suppose, it was the Obama administration’s “Fast and Furious” that gave Mexican organised crime a taste for American guns.

Another superb movie about the CIA in the drugs business is “Sicario” (2015), which is Mexican for “hitman”.

In that movie, the protagonist is an idealistic FBI officer, who realises what the CIA has done.

The ending of Sicario, which mentions that America has become “the land of wolves”, is masterful and stirring cinema.

Though Sicario is fiction, it reminds me, as does the AFP’s recent Operation Ironside, that at least in Australia, all is not lost.

The likes of the CIA and ASIO might seem all powerful during a cold war, and even a war, but when the war is over and once the dust settles, those who have done a deal with the Devil will be found out.

Unlike the USA, Australia cannot go all the way with evil.

Operation Ironside, which made news around the time I was writing about the Millennial Reign and “the rod of iron”, suggests to me that Australia is not forsaken.

Furthermore, in Australia, my sense is that only one side of politics is completely rotten – the Liberal Party of Australia, founded by the Freemason Robert Menzies.

It is interesting that between the 1820s and 1830s, the American public did try to establish an anti-Masonic political party. However, that party did not last long and was dissolved.

This is not so in Australia, and I imagine it will be done after the war, with God’s help.

The reason I think Australia will be recovered and Australia will return to the fold is because Ezekiel 38:13 mentions “Tarshish, with all the young lions thereof”, a prophecy that is to be fulfilled over one thousand years from now.

The AFP’s Operation Ironside tells me that there is good still among the police in Australia, which reminds me of another movie, “Pride and Glory” (2008).

It is curious though that no arrests were made in the USA as a consequence of Operation Ironside. Though the FBI was involved in the operation, the FBI arrested no one and dealt no blow to the drug trafficking trade over there (ref. 2).