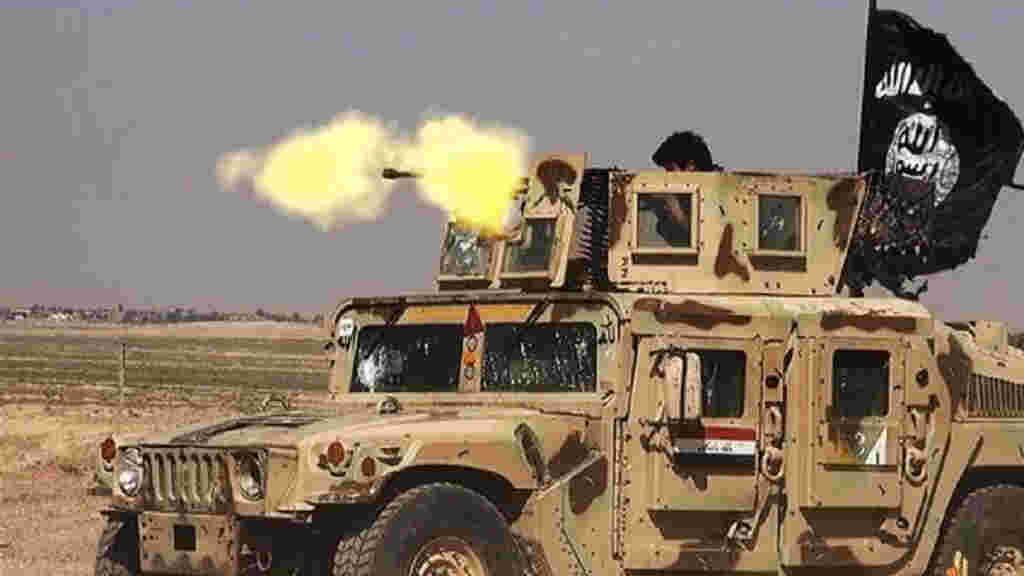 Joe Biden has decided to formally end America’s combat mission in Iraq by the end of 2021 (ref. 1). America invaded Iraq in 2003 to dethrone Saddam Hussein, a secular leader of Iraq. 2003 to 2021 happens to be eighteen years. That is six plus six plus six.

This agreement to shift from combat to an advisory role did not surprised observers because it is a direct consequence of the assassination of Gen. Qassem Soleimani, the leader of Iran’s Islamic Revolutionary Guards Corps, and Abu Mahdi al-Muhandis, an Iraqi militia leader who worked with Soleimani. America assassinated them and their entourage by a drone strike in January 2020. After that, Iraqi politicians voted in a non-binding parliamentary vote to expel all US soldiers (ref. 2). It is only now and on America’s terms, presumably the occult six plus six plus six, that Washington has agreed to withdraw.

In 2011, America did withdraw a lot of troops from Iraq, amid sectarian violence between the Sunnis and the Shias. That withdrawal created space for the emergence of Al Qaeda of Iraq, which subsequently became the Islamic State of Iraq and Syria, acronym ISIS (ref. 3). In 2014, on the 4th of July, a date significant for the United States of America, ISIS captured Mosul and announced that a caliphate had been established. Then, in 2017, Iraq retook Mosul. This was the prophesied “deadly wound” of one of the heads of the beast (ref. Revelation 13:3).

Some analysts, Australia’s Peter Hartcher for one, have remarked that America’s invasions of Afghanistan and Iraq have been “strategic failures” (ref. 4). Hartcher writes, “Saddam presided over a stable country that was no threat to the West.” Today, Iraq is largely under the control of Iran. This is an “embarrassingly bad outcome” for the West.

Here, I must point out, there is a misunderstanding of what America actually intended. America’s objective has always been to make the region, if not the world, more Islamic! This is because the god of Islam known as Allah and the god that occult secret societies worship are one and the same.

Speaking of Afghanistan, have you seen the head-cam clip of a US soldier having his weapon shot out of his hands by the Taliban (ref. 5)? What are the odds that a professional soldier can be beaten like this by someone in a ragtag militia?

First, he rushes out in the open towards his adversary, and even stumbles while doing it. When he shoots at all, he seems to be shooting pointlessly towards the sky. Then, he gets his weapon shot out of his hands. Then, he cries that he has been hit, and that he needs help. What a face-palm effort! I am sure everyone who has ever played a first-person shooter would agree.

Compare that to the Battle of 73 Easting, fought in February 1991. In this famous tank battle of America’s Operation Desert Storm, it turned out America did not lose any tanks and only one armoured fighting vehicle. This goes to show that when the US military actually wants to win in war, it can – unless of course, the LORD of hosts intervenes but that is another matter. Regarding the US military, the Bible even describes the fighting men of Babylon as “mighty” (ref. Revelation 19:18, Jeremiah 51:57).

My point is, what the world witnessed in Afghanistan was not a war against the Taliban, but pretence. Or at least the Pentagon must have mustered the sorriest excuse for soldiers they could find to take on the Taliban. This is because America’s true strategic objective has long been to spread Islam and strengthen Islamists everywhere rather than defeat them.

Washington’s latest withdrawal from Iraq will further this cause. This move, like the one in 2011, will ensure that ISIS rises once more in Iraq.

Indeed, it is Bible prophecy that, at the appointed time, both Iraq and Syria will fall to the beast with seven heads and ten horns (ref. Daniel 7:7-8). The little horn that is the Assyrian will pluck up by the roots three existing horns. Surely, Iraq, where Nineveh is (ref. Nahum 1:11), will be taken.

After this I saw in the night visions, and behold a fourth beast, dreadful and terrible, and strong exceedingly… and it was diverse from all the beasts that were before it, and it had ten horns. I considered the horns, and, behold, there came up among them another little horn, before whom there were three of the first horns plucked up by the roots: and, behold, in this horn were eyes like the eyes of man, and a mouth speaking great things.

Keep in mind, ISIS stands for the Islamic State of Iraq and Syria.

They tell the world that they are trying to topple Assad because Syria hosts the Russian military, or that Iran’s proxies must be pushed out of Syria, or something else like that. Regarding Iraq, they told the world that they had to respond to the threat of Saddam’s weapons of mass destruction.

Actually, it has all been about enabling Satan’s beast to rise.

And the angel said unto me, Wherefore didst thou marvel? I will tell thee the mystery of the woman, and of the beast that carrieth her, which hath the seven heads and ten horns… And the beast that was, and is not, even he is the eighth, and is of the seven, and goeth into perdition.

Even their growing hatred of China and Russia has nothing whatsoever to do with economic jealousy, or staying on top, or spreading freedom and whatnot. Rather, it has everything to do with Armageddon, the final military battle between the armies of Satan and the armies of God.

Understand this: everything that Mystery Babylon does is for Satan.