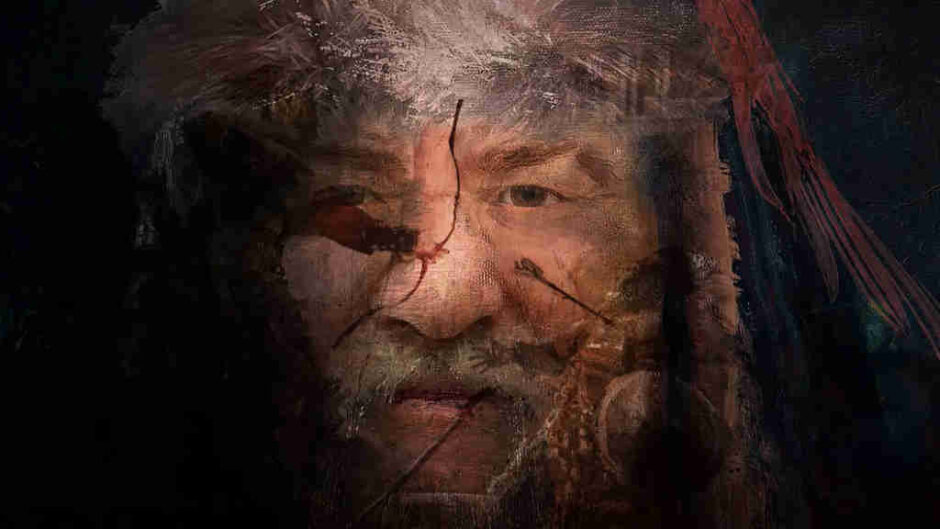 “O people, know that you have committed great sins. If you ask me what proof I have for these words, I say it is because I am the punishment of God. If you had not committed these sins, God would not have sent a punishment like me upon you.” These words were spoken by Genghis Khan, the great chief and founder of the Mongol Empire, who lived between 1162 and 1227 AD.

Yesterday, at Samarkand, now a part of modern day Uzbekistan, Xi Jinping of China and Vladimir Putin of Russia met (ref. 1) for a summit of the Shanghai Cooperation Organisation.

The purpose of the SCO summit, evident by the declaration that was signed at its conclusion, was to discuss food and energy security for member states (ref. 2), and to address climate change (ref. 2).

From the point of view of Bible prophecy, I should say that food shortages and also higher food prices are happening in many parts of the world because of the third seal of Revelation. This is a supernatural phenomenon that will continue to unfold, irrespective of the conflict in Ukraine, and irrespective of efforts by governments to control emissions of any sort. The only ones that are not to be hurt by the third seal are the oil and the wine – the wine as in those who are to be a part of the winepress of the wrath of God.

Standing next to Xi and Putin, during one photo op, was the president of Mongolia.

This link between the three nations brings to mind the idea of the biblical army of horsemen of the kings of the east.

So I think, now is a good time to bring up the memory of Genghis Khan, and the fact that he, despite never having at all known God, the LORD of hosts, once declared to his enemy “I am the punishment of God”.

It was the foolishness and greed of Inalchuq of Otrar that set off the chain of events that would lead to Genghis Khan’s utterance of those remarkable words (ref. 3), and the consequent end of the Khwarazmian Empire.

Genghis Khan, whose name means “the strongest ruler”, ruled over an empire between the 13th and 14th centuries that remains to date the largest contiguous land empire in history.

Contrary to the trailer of Sergei Bodrov’s film Mongol (2008), the Mongols at the time of the Khans did not worship their chief as a god, but rather they worship a spirit of some kind, a god of the plains whom they thought would thunder at them now and again (ref. 4).

This explains why, for a while, the Mongols were afraid of the thunderous large guns of the Great Wall of China.

Now, in regard to Genghis’s remark “I am the punishment of God”, it is also very interesting that there is possibly a prophecy about the Mongols in the Bible.

Behold, therefore I will bring strangers upon thee, the terrible of the nations: and they shall draw their swords against the beauty of thy wisdom, and they shall defile thy brightness. They shall bring thee down to the pit, and thou shalt die the deaths of them that are slain in the midst of the seas.

And say, Thus saith the Lord GOD; Behold, I am against thee, O Zidon… and the wounded shall be judged in the midst of her by the sword upon her on every side; and they shall know that I am the LORD.

In 1260 AD, a Mongol army did sack Sidon and Beaufort, both Templar strongholds that once were a part of the Crusader Kingdom of Jerusalem, the same kingdom that was brought to an end by Saladin the Kurd because the Templars who were at Al Aqsa in Jerusalem secretly became Satanists (ref. Isaiah 23).

However, the same Mongols, despite their strength, were not to get Jerusalem because it was simply not the will of God. That same year, the Mongols were defeated at Ain Jalut by the Mamluks of Egypt, and after that they retreated from the area.

Ezekiel 28:6-8 not only possibly describes the Mongols re 1260 AD, but also speaks of Tyrus at the time of the end, namely Mystery Babylon: “thou shalt die the deaths of them that are slain in the midst of the seas”.

Take an harp, go about the city, thou harlot that hast been forgotten; make sweet melody, sing many songs, that thou mayest be remembered. And it shall come to pass after the end of seventy years, that the LORD will visit Tyre, and she shall turn to her hire, and shall commit fornication with all the kingdoms of the world upon the face of the earth [“freedom of religion”, the 1st amendment of the US constitution]

If not the Mongols, “the strangers” and “the terrible of the nations” that were to come against Tyrus including Sidon must have been Nebuchadnezzar centuries earlier, because Tyre, as in the area of modern day Lebanon, a state that was once allied to ancient Atlantis, was sacked by Nebuchadnezzar around the time Atlantis was sunk into the ocean by an act of God.

In 1258 AD, two years before the sacking of Sidon, the Mongols also besieged and captured Baghdad, bringing the Caliphate of the Abbasids to an end. History records that Hulagu Khan also said to his enemy the Abbasid Caliph something to the effect, “What will befall thee is God’s will”.

Now, there is news that Russia’s military is having some trouble in Ukraine. A recent counter offensive by the Ukrainians has cost Russian forces some ground (ref. 5).

My two cents worth on the matter is that Russia is not necessarily losing but that Russia is gradually coming to realise that victory can only happen when all of the enemy is destroyed.

What I mean is, the war cannot be won by simply taking ground and holding on to that ground, as one might have thought during World War I. Nor can the war end ahead of time by breaking the will of the enemy, and convincing the enemy to surrender.

As a matter of fact, the Mongol way of fighting, at the time of Genghis Khan and his descendants, which disregards the control of territory altogether, and focuses entirely on the defeat and destruction of the opposing army, is worthy of study.

Whereas European and Islamic armies of the Middle Ages would form battle lines and try to break the opposing side’s line, the Mongols would fire their arrows and then retreat, and then turn around and fire some more, all for the sole purpose of decimating and ultimately destroying the army of the enemy. Then when that army is no more, the entire territory of the enemy will be open for the taking.

An example of this sort of thinking in modern warfare is Verdun, WWI. In 1916, German General Erich von Falkenhayn focused on Verdun because it was sentimentally precious to France. Falkenhayn knew that the French would commit their forces and reserves to ensure that Verdun would not fall. But Falkenhayn never intended to take Verdun at all. His military objective was always to bleed the French army white.

Though Falkenhayn probably never realised it, this is essentially the Mongol way.

Apart from this unique approach to warfare, in their day the Mongol warriors were fierce and ruthless.

At this time of the end, a time of wars and God’s wrath, a belligerent should be the same.

In these last days, all those who stand with evil and fight against God deserve to be wiped out.

The horseman lifteth up both the bright sword and the glittering spear: and there is a multitude of slain, and a great number of carcases; and there is none end of their corpses; they stumble upon their corpses: Because of the multitude of the whoredoms of the wellfavoured harlot, the mistress of witchcrafts, that selleth nations through her whoredoms, and families through her witchcrafts.

By these three was the third part of men killed, by the fire, and by the smoke, and by the brimstone, which issued out of their mouths. For their power is in their mouth, and in their tails: for their tails were like unto serpents, and had heads, and with them they do hurt.

On the day of the LORD, if any of Satan’s armies were somehow spared by the kings of the east and by Israel’s Defence Force, they would still be killed supernaturally by Jesus Christ himself.

And the remnant were slain with the sword of him that sat upon the horse, which sword proceeded out of his mouth: and all the fowls were filled with their flesh.

So, in these last days, there should be no mercy.

Once long ago, after Cain slew Abel, God did show mercy to the wicked, but then the likes of Cain went on to ever greater wickedness and consequently in time the whole earth was filled with evil and suffering.

And GOD saw that the wickedness of man was great in the earth, and that every imagination of the thoughts of his heart was only evil continually. And it repented the LORD that he had made man on the earth, and it grieved him at his heart.

This made it necessary to flood the entire earth and kill everyone, except for Noah and his family.

This time around, rather than by water, wickedness is to be brought to an end by war, a war that will mean Armageddon.

It is a matter of the greater good: to save the world and all of humanity, the wicked must be killed!

In Revelation, it is written that Jesus Christ, in righteousness, judges and makes war.

3. “The Mongol Destruction of the Khwarazmian Empire”, youtube.com/watch?v=92-440OR2ik