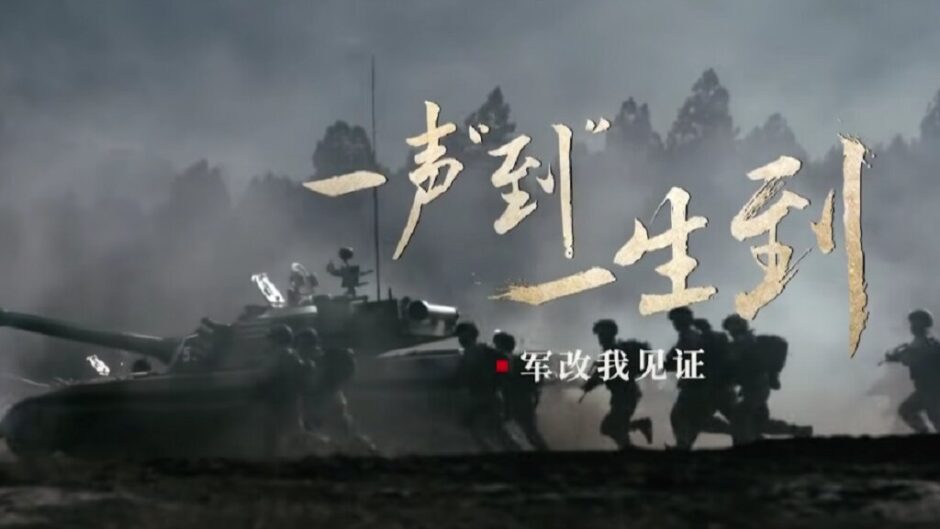 China is in serious danger.

COVID-19 is now spreading in China faster than ever, killing thousands per day. One estimate puts the figure at 9000 per day (ref. 1). There are reports that hospitals and crematoriums are being overwhelmed (ref. 2).

Millions across China have been infected in the last few weeks (ref. 3, 4). Yet the government is saying everything is under control. State media has been playing down the severity of the outbreak and officials are no longer tallying COVID deaths (ref. 5).

Last month, significant protests against China’s policy of zero COVID provoked the government of Xi Jinping to pivot from its strict anti-COVID measures (ref. 6). All of a sudden, China dropped its rules on isolating the infected, and stopped requiring people to take regular tests. The result has been an explosive surge in COVID-19.

The variant of the virus that is spreading across China is Omicron, which has an R0 (R-nought) of 9, which is about six times higher than the original strain.

Furthermore, just as all this is happening – just as China has abandoned zero-COVID – a new Omicron subvariant has emerged in the USA called XBB 1.5. Apparently, this new version even infects the vaccinated. Virologists are calling it “a hell of a variant” because it is so transmissible (ref. 7). Certainly, the timing of XBB 1.5 cannot be a coincidence.

I have said for a while now that the virus SARS-COV-2 that was first released in Wuhan China in 2019 is an American bioweapon, a WMD of Mystery Babylon. This is not a natural zoonotic virus. Nor is this a result of a laboratory accident: a gain of function research gone wrong. SARS-COV-2 is a CRISPR-ed biological weapon that was deployed on purpose in these last days.

For thou hast trusted in thy wickedness: thou hast said, None seeth me. Thy wisdom and thy knowledge, it hath perverted thee; and thou hast said in thine heart, I am, and none else beside me.

Since 2019, multiple variants have supposedly come about because of mutation. And this, despite the fact that the virus has a proofreading mechanism, something all naturally occurring RNA viruses do not have. Actually, what has been happening is that the evil scientists that CRISPR-ed the bioweapon have been intentionally releasing newer versions in an attempt to achieve what they had set out to do.

SARS-COV-2 was first unleashed in China in December 2019, two months after America’s Center for Disease Control “war-gamed” – yes, that was the expression they used – a flu-based pandemic, “Event 201”. It is further telling that Wuhan 武汉 literally means “the military of the Han Chinese”. All this I have mentioned before.

Something new is that last year, when Joe Biden was asked by a reporter about China not being transparent on the origin of the virus, he laughed (ref. 8) and walked away.

It is a godsend that Biden is a bit senile. On this occasion, it seems, Biden forgot the CIA talking point that China is be blamed for somehow starting SARS-COV-2. On this occasion, Biden’s mannerism let slip that nothing can be further from the truth. In effect he said, China started this? Ha, this was started as a means to destroy China.

Something else. Earlier in 2019, China’s People’s Liberation Army released a promotional video, with the slogan “We will always be here” (ref. 9).

SARS-COV-2 is essentially America and the Devil responding to that, saying something to the effect, “Maybe you won’t always be here”.

This virus that spreads exponentially is the sort of bioweapon that could wipe out a 200-million-strong army. It could even bring an entire nation to an end. It is an existential threat.

In China’s national anthem, “March of the Volunteers”, essentially a call to arms, written by one “Tian Han”, there is a line that goes, “The people of China face their greatest peril”. I think, China’s national anthem, like the national anthems of Israel and Russia and France, speaks to the last days. Others insist that it is about the menace of Japan during World War 2. If I am correct, COVID-19 is the very peril that is prophesied in the anthem.

Let me put it this way. Imagine if you will, you are in a crowded room and suddenly you have been stabbed and then slashed. You are bleeding. If you do nothing, you will eventually bleed out and die. If you focus simply on fixing your wounds, you might be attacked again and be wounded even more. Suppose you have to be in that room and so there is no way to escape. Surely the thing to do is to figure out who is attacking you, and fight back.

The quiver rattleth against him, the glittering spear and the shield. He swalloweth the ground [eretz, “earth” as in the beast of the earth] with fierceness and rage: neither believeth he that it is the sound of the trumpet.

In the movie No Time To Die (2021), the antagonist is one “Lyutsifer Safin” – Lyutsifer (Люцифер) is Russian for “Lucifer”. Despite his Russian sounding first name – no doubt, Hollywood’s attempt to smear Russia – the character is played by the Arab American actor Rami Malek.

Lyutsifer’s diabolical plan involves a bioweapon that spreads like a virus but only kills specific persons that have a particular DNA. I suppose, this is the Devil’s fantasy.

Without divine intervention, and without someone that is willing to stand up to America, SARS might someday begin to function like this.

At stake is not only China but the whole world.

If China dies to COVID, what is to stop the Antichrist when he begins his onslaught?

Nahum 3:8 clearly describes China: the Yellow and Yangzi rivers, plus the Great Wall of China, which starts from the sea.

Maybe up until the time Nahum made his prophecy, around 600 BC, the 200-million-strong army in the last days could have come from either China or India. But once Nahum revealed what he did, a statement from God, India could no longer be plan B. 600 BC happens to also be shortly before Confucius.

Now, Xi’s abrupt 180 on zero-COVID and everything that has happened to China since got me thinking that he might have been compromised by an evil spirit.

As late as October 2022, I talked up China’s president, making the point that Xi is one of the prophesied kings of the east of the sixth trumpet and vial.

Although our surnames match in meaning, which brings to mind God’s remark to Cyrus, Isaiah 45:4 – “I have surnamed thee, though thou hast not known me” – it is possible that Xi has gone the way of Angela Merkel.

For many are called, but few are chosen.

Merkel’s middle name is “Dorothea” which is Greek for “gift of God”. Further, despite Merkel’s Protestant upbringing and her coming of age in East Germany, her speaking fluent Russian, and even her PhD in chemistry, which should have protected her from narcotics and painkillers, Merkel eventually went the other way and started doing her occult double hand sign at every photo opportunity. Besides that, three years ago, while standing at a ceremony next to Ukraine’s Zelensky of all people, Merkel was seen convulsing uncontrollably (ref. 11) like something out of The Exorcist.

Furthermore, Merkel recently confessed that the Minsk agreement made with Russia was always going to be broken. Minsk was always merely a ruse to buy Ukraine time to re-arm (ref. 12).

Returning to Xi Jinping, in September last year, I noticed that Xi started behaving in an unexpected way, expressing “concern” to Vladimir Putin over Russia’s war against Ukraine (ref. 13).

More recently, Xi’s 2023 New Year’s statement in regard to COVID-19, that China could see “a light of hope”, was, to put it bluntly, bizarre and delusional (ref. 14). Right now, if anything, things are getting worse day by day.

Next, there is the appointment of China’s new foreign minister, China’s ex diplomat to the USA, Qin Gang. Qin has publicly vowed to prioritise US ties (ref. 15). This suggests that Xi is trying to appease and acquiesce to the USA, which is insanity, given everything that is happening.

Then, there is Xi’s recent trip to Saudi Arabia, which is said to be about energy and defence (ref. 16). To be sure, China has been helping the Saudis with ballistic missile technology for several decades now. But Isaiah 21 prophesies, Saudi Arabia is to fall in these last days. This is because there is a part of Saudi Arabia, Dedan, that is to become its own country and very Christian over a thousand years from now.

For thus hath the Lord said unto me, Within a year, according to the years of an hireling, and all the glory of Kedar shall fail: And the residue of the number of archers, the mighty men of the children of Kedar, shall be diminished: for the LORD God of Israel hath spoken it.

Sheba, and Dedan [a region in present day Saudi Arabia], and the merchants of Tarshish, with all the young lions thereof, shall say unto thee, Art thou come to take a spoil?… Therefore, son of man, prophesy and say unto Gog…

Saudi Arabia also happens to be at odds with Iran, which is sort of allied militarily to Russia. However, regarding Saudi Arabia versus Iran, the Bible says, God is against both of them.

Thus saith the LORD of hosts; Behold, I will break the bow of Elam [Iran], the chief of their might.

So, maybe China’s closer defence ties with Saudi Arabia is not that big a deal.

There is, however, an emerging thing with China and the United Arab Emirates. Even though this relationship officially concerns China’s Belt and Road, the UAE has been waging war in Ethiopia on the side of Ethiopia’s Oromo or Cushite PM. Recently, Xi’s China also openly sided with the UAE, against Iran, in regard to a disputed island in the Persian Gulf (ref. 17). This breaks with China’s stated policy of non-interference.

Today, there is further news that the UAE and China together have called for a UN Security Council meeting in regard to Israel’s Itamar Ben Gvir visiting Al Aqsa mosque on the Temple Mount (ref. 18), something that should be completely irrelevant to atheist China. This is the proverbial straw that breaks the camel’s back. This tells me that there is a demon involved.

If it is true that Xi Jinping has been compromised by an evil spirit, God will somehow replace him.

Therefore, I say to both Russia and Israel, and for that matter anyone else that might be concerned by China’s emerging strange behaviour, the current leader of China, Xi Jinping, is not important, when thinking about the prophesied kings of the east. What matters about China in these last days is the People’s Liberation Army of China.

You may have noticed that Wang Yi, China’s last foreign minister, recently said something about rapprochement and the need for dialogue with India.

But even after that, the PLA continued a combative posture against India in the disputed border areas (ref. 19). This proves that China is more than one man.

So, when the time comes, China will “arise”, because China as a nation will never be a “slave”, neither to America and the False Prophet, nor to Islam and the Antichrist.

8. “Infuriating: Biden laughs and walks away from reporters’ question on COVID origins”, youtube.com/watch?v=40kZG3Esh8M

9. “Chinese Military Commercial 2019: We will always be here”, youtube.com/watch?v=JOWRembdPS8