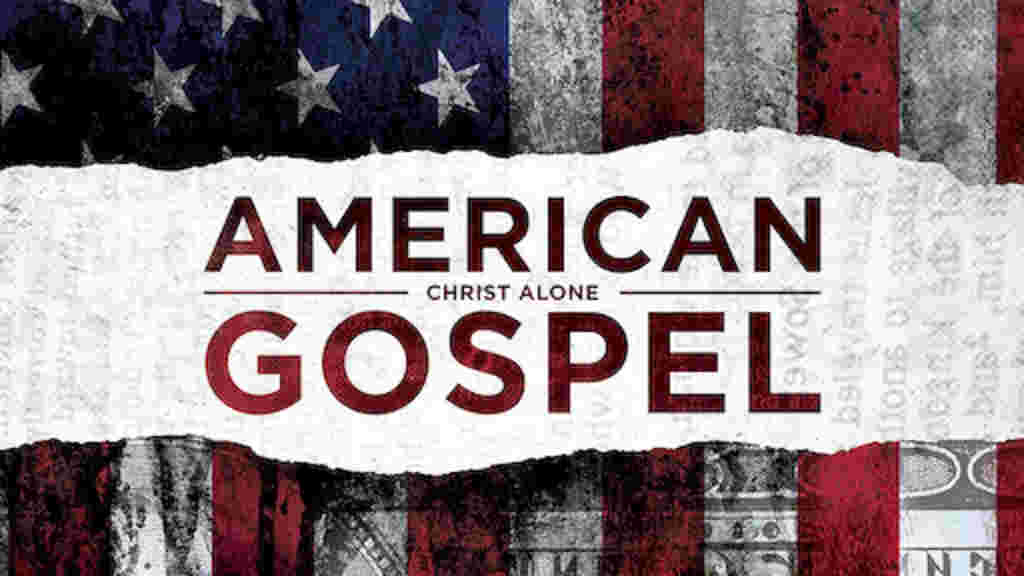 Apparently, today, many who consider themselves Christian do not know what is the gospel of Jesus Christ.

And Jesus went into the temple of God, and cast out all them that sold and bought in the temple, and overthrew the tables of the moneychangers, and the seats of them that sold doves, And said unto them, It is written, My house shall be called the house of prayer; but ye have made it a den of thieves.

Jesus Christ the same yesterday, and to day, and for ever. Be not carried about with divers and strange doctrines…

Still, these documentaries leave in the minds of viewers that the true gospel of Christ is entirely about individuals being redeemed from sin, especially the original sin.

Yes, it is correct that ever since the transgression of Eve, humans have been cursed (ref. Genesis 3:16-19) to live in a corruptible and a mortal body. And, yes, one day those who have lived faithfully to Jesus Christ (ref. Ephesians 2:8-10) and have kept his commandments (ref. Revelation 22:14, 14:12) will be “born again” (ref. 1 Peter 1:23-25), and thus will receive an incorruptible and an immortal body. But the gospel of Christ is much more than that.

I realise many people focus on passages such as Isaiah 53:5 – that “he was bruised for our iniquities” and “with his stripes we are healed”. And likewise 1 John 1:7 – that “the blood of Jesus Christ his Son cleanseth us from all sin”. For this reason, many think that the crucifixion and resurrection of Jesus Christ some two thousand years ago in and of itself has already saved them. As one of the documentaries put it, what happened is done and so there is nothing else to do.

Throughout history, this evil has been the cause of tremendous suffering.

And I don’t just mean demon possessed serial killers. I also mean entire nations and armies controlled by Satan. Of course, this evil must be stopped.

In due time, this evil will come to an end because of Jesus Christ and the kingdom of God. I tell you, this is the gospel, “the good news”.

For the Father judgeth no man, but hath committed all judgment unto the Son: That all men should honour the Son, even as they honour the Father…

His eyes were as a flame of fire… and his name is called The Word of God… And out of his mouth goeth a sharp sword, that with it he should smite the nations: and he shall rule them with a rod of iron: and he treadeth the winepress of the fierceness and wrath of Almighty God.

Though much of the work will be completed by that day, it might take years or decades or more to win over the entire world.

Why do the heathen rage, and the people imagine a vain thing? The kings of the earth set themselves, and the rulers take counsel together, against the LORD, and against his anointed, saying, Let us break their bands asunder, and cast away their cords from us. He that sitteth in the heavens shall laugh… Thou shalt break them with a rod of iron… Be wise now therefore, O ye kings: be instructed, ye judges of the earth…

After the Millennial Reign of Jesus Christ, when all enemies have been put under his feet, the kingdom of God will continue.

At that time, God the Father will come and live there, and the world will come to know him through the battle of Gog of Magog (ref. Revelation 20:7-9, Ezekiel 38-39).

Thus will I magnify myself, and sanctify myself; and I will be known in the eyes of many nations, and they shall know that I am the LORD.

And the people of the world who are alive then will look up to the Jew, the remaining population of the kingdom of God (ref. Zechariah 8:22-23, Isaiah 49:23).

Thus saith the LORD of hosts; In those days it shall come to pass, that ten men shall take hold out of all languages of the nations, even shall take hold of the skirt of him that is a Jew, saying, We will go with you: for we have heard that God is with you.

… Judah shall dwell for ever, and Jerusalem from generation to generation. For I will cleanse their blood that I have not cleansed: for the LORD dwelleth in Zion.