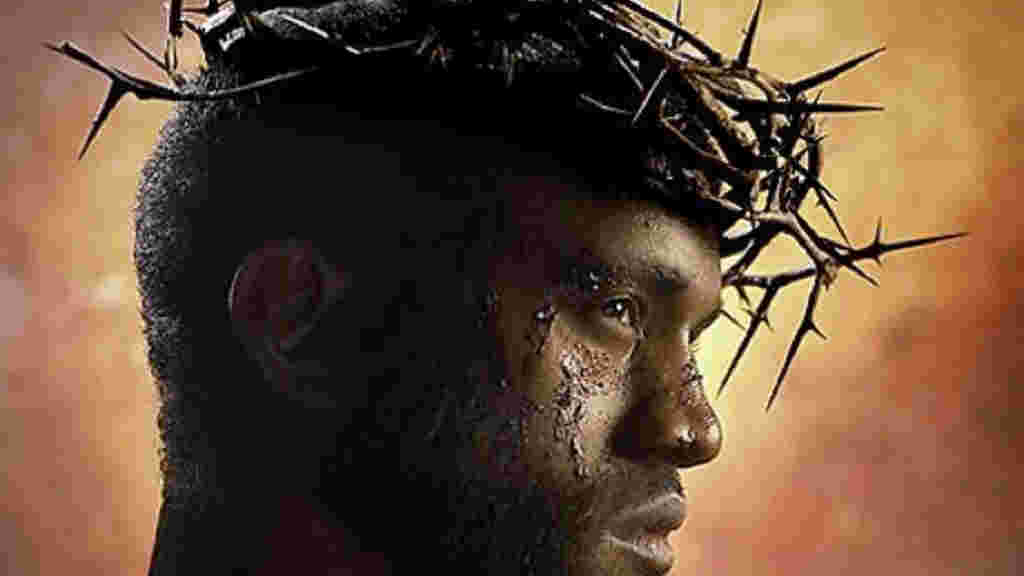 And then shall that Wicked be revealed, whom the Lord shall consume with the spirit of his mouth, and shall destroy with the brightness of his coming: Even him, whose coming is after the working of Satan with all power and signs and lying wonders,

The word “even” in Jacobean English is not as it is in modern English. The expression “Even him” is actually a re-statement of the subject of the preceding clause. Thus, the “Wicked” in verse 8 is the same person as him “whose coming is after the working of Satan with all power and signs and lying wonders” in verse 9.

The next thing to notice is that “the man of sin” must be either a Christian or a Jew, because sin is literally the transgression of the law.

The man of sin cannot be the Assyrian, because he is a Muslim. Those who are not Christian or Jew are not subject to the commandments of God, the law, and so they cannot transgress the law.

For until the law sin was in the world: but sin is not imputed when there is no law.

Moreover, the expression “the son of perdition”, which is appositive to “the man of sin”, is used only twice in the Bible. The other instance is in John 17:12, which refers to Judas Iscariot, another who was with Satan but proclaimed to be Christian.

What is this sin of the false prophet that causes him to be described as the ultimate man of sin? First and foremost of the commandments of God is “Thou shalt have no other gods before me”, and “Thou shalt not bow down thyself unto them, nor serve them” (ref. Deuteronomy 5:7-10, Exodus 20:3-6, Matthew 22:37-38). The false prophet, who proclaims to be a Christian, is actually a Satanist. This explains the “false” in the false prophet.

Though the Assyrian is to honour “the God of forces” in his estate, “a god whom his fathers knew not” (ref. Daniel 11:38), the leader of an Islamic caliphate would never exalt himself above all that is called God and show himself that he is God.

… that man of sin is revealed, the son of perdition; Who opposeth and exalteth himself above all that is called God, or that is worshipped; so that he as God sitteth in the temple of God, shewing himself that he is God.

Equating oneself with Allah, whom Islamists think is God the Father, constitutes blasphemy. This explains why, in Islam, Jesus is merely a prophet and cannot be the Son of God. This is also why, in Islam, Jesus cannot be God, one part of the Trinity. And furthermore, this is why Islam is “antichrist”, and why the Assyrian must be the Antichrist!

The false prophet, however, possessed by Satan, would have no issue exalting himself above God.

How art thou fallen from heaven, O Lucifer, son of the morning! how art thou cut down to the ground, which didst weaken the nations! For thou hast said in thine heart, I will ascend into heaven, I will exalt my throne above the stars of God: I will also sit upon the mount of the congregation, in the sides of the north: I will ascend above the heights of the clouds; I will be like the most High.

I am fairly sure, the false prophet is Kanye Omari West. I made this call in November 2019, the first to do so. I made this call because of his full name, which translated from Swahili means “Let’s give to Allah the West”, and also because of the maiden name of his wife “Kardashian”, whom he is now in 2021 in the process of divorcing. Think “Keeping up with the Kardashians” as in Abdullah Qardash, 666.

… that man of sin be revealed, the son of perdition; Who opposeth and exalteth himself above all that is called God, or that is worshipped; so that he as God sitteth in the temple of God, shewing himself that he is God.

He will also manifest “signs and lying wonders” in an effort to deceive the world into thinking that he is a true prophet of God. But his supernatural power comes from Satan (ref. 2 Thessalonians 2:9, Revelation 13:13). Hence the “lying”.

Now, back to 2 Thessalonians 2. In this epistle, Paul tells the church, Christians then and now, that the day of Christ will not come until there is a falling away from the faith, an apostasy.

In my opinion, today in 2021, the apostasy of Christendom is complete. Today, every denomination of Christianity has been compromised on matters of doctrine.

The church of Rome, also known as the Catholic church, was compromised long ago. The translation of the Bible to Latin by Jerome would have been faithful and accurate. But then by the time of the Protestant Reformation, the Latin Bible had been so corrupted that a new translation from the original Hebrew, Aramaic and Greek was necessary.

Now the Spirit speaketh expressly, that in the latter times some shall depart from the faith, giving heed to seducing spirits, and doctrines of devils; Speaking lies in hypocrisy; having their conscience seared with a hot iron; Forbidding to marry…

The church of Constantinople was lost earlier still.

Martin Luther wanted to remove the book of James from the canon of the Bible, because it did not fit with his theology of salvation. That would have been blasphemy against the Holy Ghost (ref. Mark 3:28-29)!

Subsequently, the Anglican church was insidiously destroyed by the Jesuits of the Counter Reformation, secret agents of the devil.

I bring all this up to make the point that the early Christians of North America, at the time still subjects of the British Empire, were properly Christian. Indeed, it is due to them that there are actual Christians in the USA today, namely Christians who read from an accurate version of the Bible such as the KJV.

Both Revelation 18:23 and Isaiah 24:16 prophesy the presence of Christians in the USA, or Mystery Babylon, in these last days.

And Isaiah 24:16 reads that God, or the body of Christ, is lean in the land of Mystery Babylon – lean but yet there.

These denominations of Bible based Christians in America are not like the Mormons or the Jehovah’s Witnesses or the Seventh Day Adventists, who were heretics from the start. These denominations were at first truly Christian but have since fallen away.

For the time will come when they will not endure sound doctrine; but after their own lusts shall they heap to themselves teachers, having itching ears; And they shall turn away their ears from the truth, and shall be turned unto fables.

The point is that today the apostasy of Christendom is complete. It might be said, American churches were the last ones standing. The earth is now so completely fallen away that it is ripe for the false prophet.

… as that the day of Christ is at hand. Let no man deceive you by any means: for that day shall not come, except there come a falling away first, and that man of sin be revealed, the son of perdition;