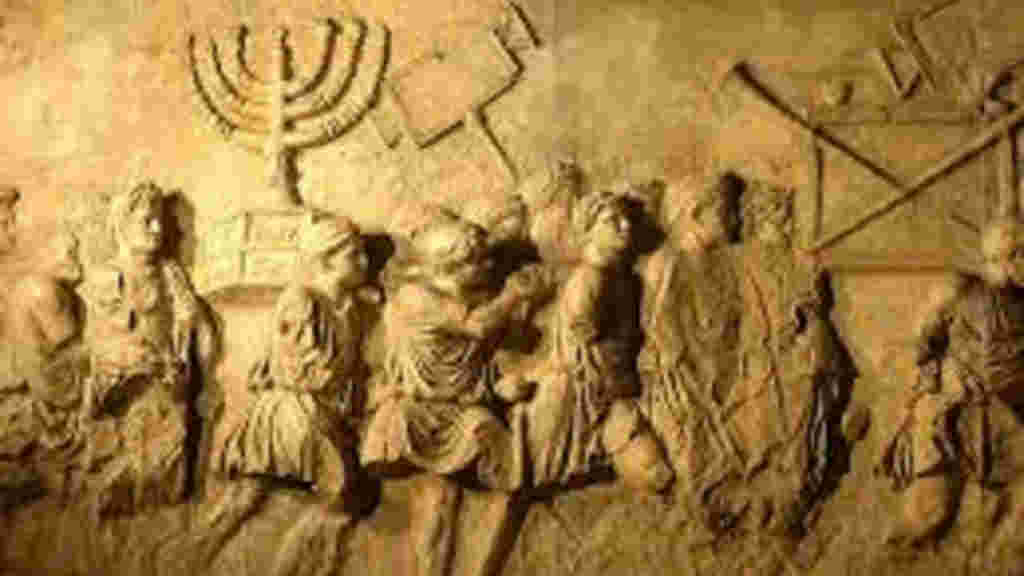 In Matthew 24, Mark 13 and Luke 21, the Son of man, Jesus Christ, spoke of the end of the world and the signs of his second coming. But before the Son of man sat down upon the mount of Olives to tell his disciples about the last days, he mentioned the end of the temple in Jerusalem.

And Jesus went out, and departed from the temple: and his disciples came to him for to shew him the buildings of the temple. And Jesus said unto them, See ye not all these things? verily I say unto you, There shall not be left here one stone upon another, that shall not be thrown down.

This was a prophecy from the Son of man himself about “a house of prayer” that had become “a den of thieves”.

And Jesus went into the temple of God, and cast out all them that sold and bought in the temple, and overthrew the tables of the moneychangers, and the seats of them that sold doves, And said unto them, It is written, My house shall be called a house of prayer; but ye have made it into a den of thieves.

During his ministry, the Son of man pointed out that the generation in Judaea at the time was a “wicked and adulterous” one (ref. Matthew 16:4), having largely accepted the false teachings of the Pharisees, a “generation of vipers” (ref. Matthew 23:33).

And in the morning, It will be foul weather to day: for the sky is red and lowring. O ye hypocrites, ye can discern the face of the sky; but can ye not discern the signs of the times? A wicked and adulterous generation seeketh after a sign; and there shall no sign be given unto it, but the sign of the prophet Jonas. And he left them and departed.

After the crucifixion of the Son of man, which was prompted by the multitude of Judaea crying out “Crucify him” to the Roman governor Pontius Pilate (ref. Mark 15:12-15), Peter called upon the people of Judaea to repent and to be baptised so that they would save themselves from “this untoward generation” (ref. Acts 2:36-40).

I am not sure if pastors and churchgoers today realise this or not, but that untoward and wicked generation of Jews was punished by God, who is the LORD of hosts, in the Jewish-Roman war of 66-73 AD! That war culminated in the destruction of the temple of God that had turned into a den of thieves. Not one stone was left there upon another, thereby fulfilling the prophecy of the Son of man.

Of that war, the Roman side was led by one Titus Flavius Vespasianus, commonly known as Vespasian. He would go on to become the final emperor in the year of four emperors, famous for saving Rome. Decades earlier, Vespasian, as legate of Legio II Augusta, was also involved in the conquest of Britannia that saw the beginning of the end of the Druids, native Britons with cultural ties to Gaul that practised sorcery and therefore Satanism, that painted their faces blue like the famous Boudica, and that thought it right to have communal wives.

After the suicide of Nero, Vespasian stopped his military campaign in Judaea, set up base in Alexandria and tasked his son Titus to continue where he left off.

In 70 AD, the same year that Titus defeated the Jewish revolt in Jerusalem and destroyed the temple of God that had turned into a den of thieves, Vespasian became Caesar. And history tells that it was Vespasian who restored order to Rome, after the instability and insanity of Nero.

Of course, hundreds of years later, Constantine, another Roman leader of the province of Britannia, made Rome a Christian empire.

The downfall of Nero as a result of Roman political intrigue and the consequent rise of Vespasian explains why Paul imbued with the Holy Spirit might have instructed his fellow Christians in Rome to endure the afflictions of Nero (ref. 2 Timothy 2:10).

Do not forget either that it was Rome that conquered the barbarians of Germania and converted the Anglo-Saxons to Christianity. The treachery and rebellion of Arminius merely delayed things.

By the way, the 2020 Netflix show Barbarians, which Neo-Nazis are fond of – apparently, Hitler himself considered Arminius a hero – features a woman cutting herself as a sacrifice to her god like a priest of Baal (ref. 1 Kings 18:28), and a man eating the testicles of another man who was slain in battle.

If anyone thinks Nazism is about race and not the occult and Satan, he is a fool.

Had it not been for Rome, whose army carried a red banner, modern day Germans might still be eating all manner of strange flesh.

Remember also Isaiah 53:12 – that it was Jesus Christ who chose Rome to become at least for a while a great Christian empire, and to have the canon of the Bible established by Rome at Nicaea circa 325 AD.

Therefore will I divide him a portion with the great, and he shall divide the spoil with the strong [Rome]; because he hath poured out his soul unto death…

Now, back to the Jewish-Roman war of 66-73 AD. The Jewish historian Josephus was a contemporary of that war, and it is through him that the world knows the details of the end of the temple of God that had turned into a den of thieves.

The Megalim Institute in modern day Israel has an excellent documentary about the siege of 70 AD and the end of the temple (ref. 1).

And Jesus went out, and departed from the temple: and his disciples came to him for to shew him the buildings of the temple. And Jesus said unto them, See ye not all these things? verily I say unto you, There shall not be left here one stone upon another, that shall not be thrown down.

Several decades after that war, the Jews of Judaea revolted once more against Rome: the Bar Kokhba revolt of 132–136 AD. Simon bar Koseva falsely claimed to be the Messiah by fudging his name to “bar Kokhba” meaning “Son of the Star” in accordance with the prophecy of Numbers 24:17 – “there shall come a Star out of Jacob and a Sceptre shall rise out of Israel”. The revolt utterly failed. What is more, archaeologists have found evidence in the form of letters that showed Simon bar Koseva’s distrust of “the Galileans” (ref. 2), in other words, the early Christians. Besides that, the Roman emperor against whom Simon bar Koseva revolted was Hadrian, who is regarded as one of the “good emperors” of Rome, renowned for building a wall in Britannia, and was largely indifferent to Christians throughout the Roman empire.

I bring up the Bar Kokhba revolt because Simon bar Koseva was a false Christ, foretold by the Son of man.

And as he sat upon the mount of Olives, the disciples came unto him privately, saying, Tell us, when shall these things be? and what shall be the sign of thy coming, and of the end of the world? And Jesus answered and said unto them, Take heed that no man deceive you. For many shall come in my name, saying, I am Christ; and shall deceive many.

After that second revolt against Rome, the Jews were more or less dispersed from Judaea, and Judaea was renamed “Syria Palaestina”.

Israel would only be gathered back in the holy land after 1917, in particular 1948. And that too was the work of the LORD of hosts, and involved an army that carried a red flag!

The main point I want to make in this post is that the wicked and untoward generation of Jews at the time of the Son of man is no more. And furthermore, that generation was punished by the LORD of hosts long ago. Therefore, it is wrong to read the New Testament and be anti-Jew, or anti-Semitic.

To be sure, there is evil still among the Jews today, even in Israel. I don’t just mean the Talmud, which distorts the Old Testament, or for that matter, Kabbalah, Jewish mysticism that began in the 13th century. I also mean Freemasonry. Masonic and occult symbolism pervade the building of the Israeli Supreme Court, a building that was famously paid for by the devilishly wealthy Rothschild family. Just as there are professing Christians who are actually Satanists, there are Jews who are actually Satanists.

… I know the blasphemy of them which say they are Jews, and are not, but are the synagogue of Satan.

In due time, God will remove evil from Israel.

For these be the days of vengeance, that all things which are written may be fulfilled.

When God removes evil from Israel, every person of Israel who remains alive is saved.

But he that shall endure unto the end, the same shall be saved.

Keep in mind, Christians will be either resurrected or translated at the sounding of the seventh trumpet, in other words, born again. But Jews must stay alive to be saved.

On the day of the LORD, Israel will be redeemed.

And then shall they see the Son of man coming in a cloud with power and great glory. And when these things begin to come to pass, then look up, and lift up your heads; for your redemption draweth nigh.

On that day, what remains of Israel will be holy.

And it shall come to pass, that he that is left in Zion, and he that remaineth in Jerusalem, shall be called holy, even every one that is written among the living in Jerusalem:

So, do not be anti-Jew or anti-Semitic!