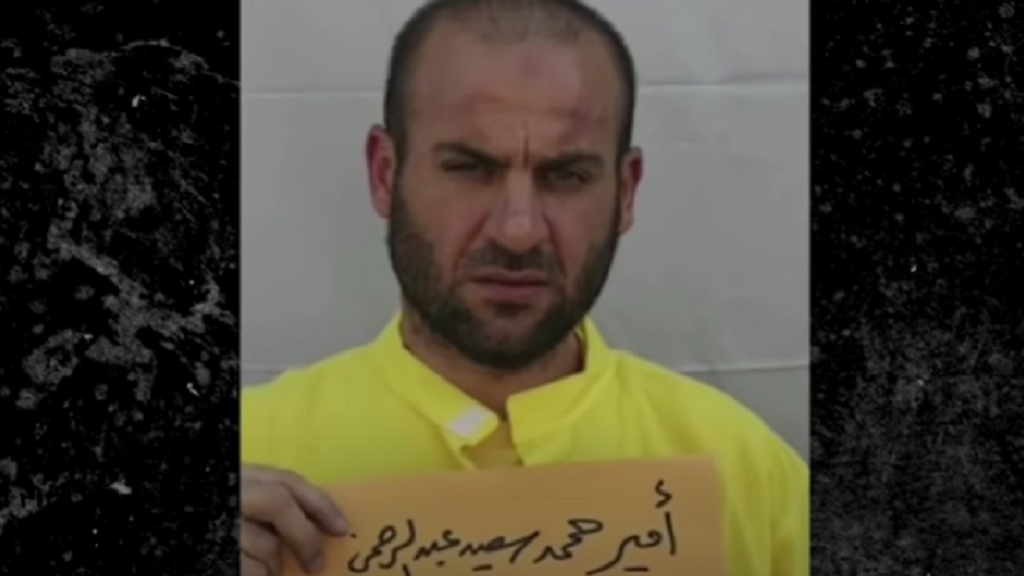 An exclusive report by BBC correspondent Feras Kilani, who spent the last few weeks in Iraq interviewing Iraqi Intelligence and Islamic State fighters in detention, confirms that the Islamic State is now being led by one Abdullah Qardash (ref. 1).

This, as the Under-Secretary-General of the United Nations Office of Counter-Terrorism Vladimir Voronkov recently cautioned that ISIS is on the rise again and could pose a major and long term global threat (ref. 2). Voronkov, a Russian, further warned that some 10000 fighters mostly in Iraq are seeking to re-ignite the insurgency and re-establish the Islamic State.

The Bible explains that one of the heads of the beast with seven heads and ten horns will receive, as it were, a deadly wound, and that wound will heal (ref. Revelation 13:3).

The re-emergence of the Islamic State that is happening right now is precisely the healing of the deadly wound of one of the heads of the beast!

Anyone who thinks the Antichrist will come out of Europe rather than Islam should watch the preaching of one Omar Baloch, an American Islamic preacher, who preaches out of the Christian Bible, in his American accent, as if he were an American Christian pastor (ref. 3).

Surely, the spirit that inspires the preaching of Omar Baloch is not of God.

It is also absurd to think that present-day Europe would have the inclination to attack Israel.

Above all, Zechariah 12:2 reads that it will be “all the people round about” that will besiege Judah and Jerusalem. Europe, of course, is not round about Israel.

Next, nowhere in the Bible does it say that the Antichrist, also known as the Assyrian, will reign over a one world government. The only passage that pundits, including the aforementioned sheikh, cite to propagate this lie from evil spirits is Revelation 13:7.

However, Revelation 13:7 actually means, the Assyrian will have more power than anyone else at the time. In other words, his power will be more than that of any nation. Some Bible translations use the word “authority” instead of “power”, which is the source of confusion. The correct translation is “power” because the power in question is the supernatural power of Satan (ref. Revelation 13:2).

The fact of the matter is, without divine intervention, humans cannot defeat demons. This is why priests pray to God when they carry out an exorcism. This is also why at the appointed time, the archangel Michael will stand up and help Israel (ref. Daniel 12:1, Zechariah 12:8).

I beheld, and the same horn made war with the saints, and prevailed against them; Until the Ancient of days came, and judgment was given to the saints of the most High; and the time came that the saints possessed the kingdom.

To those who insist on the idea of the Antichrist ruling a one world government, can you imagine the USA and the Communist Party of China ever on the same side?

Now, regarding Europe versus the Islamic State, which of the two has expressly stated that they would like to conquer Jerusalem and also the world?

In the 2014 documentary “Inside ISIS”, a jihadist unsheathes his sword while standing in front of a black flag of ISIS, and cries out, “I swear by Allah… we will conquer Jerusalem O Jews, we will conquer Rome, and Andulasia will be retained” (ref. 4).

Why did he say that? He said that because it is a clear teaching of Islam. Islamists are commanded by their god, Allah, to spread Islam to the whole world, and by the sword.

Now, in my opinion, the beast will not take Andulasia, which is southern Spain, but they might reach the Vatican, and they will certainly overrun parts of Greece, and Jerusalem also will fall, because the latter two are Bible prophecy.

Bear in mind also that the beast will control at least ten nations. During WW2, Hitler’s Axis only comprised of three nations.

But that is not all. At some point, the beast will compel Mystery Babylon and thus all of her allies to side with it (ref. Revelation 13:12).

By that stage, it will be as if the whole world were against Israel and God. Only the kings of the east and a few others will continue to resist!

Though it is not mentioned in the Bible, I think Europe, in particular the France of Emmanuel Macron, will also fight on the correct side.

The main reason why evil spirits want people to think the Antichrist will come out of Europe is because they don’t want any Jews in Mystery Babylon to escape to Europe.

And I will punish Bel in Babylon… My people, go ye out of the midst of her, and deliver ye every man his soul from the fierce anger of the LORD.

If you understand nothing of Bible prophecy, then at least remember this: Islam is antichrist. Islam is not a newer testament: the revelation of Islam’s Muhammad does not abrogate the Old and New Testaments of the Bible, as Muslims would have you believe.

One day, knowing simply this might keep you from the wrong path and from being blotted out of the Lamb’s book of life.