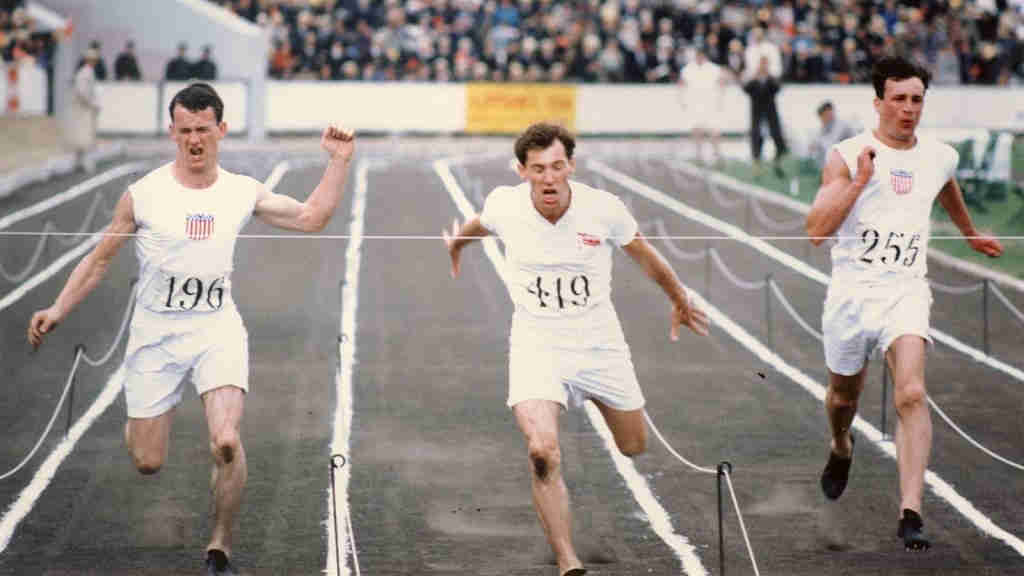 The Israel Defence Force, IDF, has just started the largest and longest military exercise in the history of Israel (ref. 1). The exercise will simulate full-scale combat and a multi-front war for an entire month until the end of May. It will even simulate operations deep inside enemy territory. All regular and reserve units from all commands of the IDF will participate, as will other national security bodies of Israel.

The name of this exercise is “Chariots of Fire”.

The other day I explained that sometimes names are meaningful because names can be inspired by God. Well, this is one such example, except that it is the name of a military exercise that has been inspired rather than the name of a person.

This exercise has been planned for months, and so I am not sure when precisely it was given its name (ref. 2).

Let me now explain why “Chariots of Fire” is meaningful, and why it must have been inspired by God, who is the LORD of hosts.

First of all, Israel’s main battle tank is the Merkava IV. The Hebrew word “merkava” means “chariot”. Though the exercise will involve Merkava tanks since all units from all commands of the IDF will participate, the exercise will not exclusively be about tanks. Infantry, the air force, the navy, and everything else, will also participate.

Israel’s Merkava IV, like other modern main battle tanks, can shoot kinetic rounds, high-explosive anti-tank rounds and anti-tank guided missiles. From what I can gather, there is nothing especially fiery about these munitions. A Merkava is not like a Russian Buratino multiple launch rocket system, for instance. That rocket system which is atop a tank chassis shoots fiery thermobaric rockets. It is literally a flamethrower.

So, the question is, why “Chariots of Fire”?

Well, the expression “Chariots of Fire” is an allusion to Nahum 2:3-4, which is a Bible prophecy that applies to the Israel Defence Force at the time of the end.

This scripture and the idea of “chariots” with “flaming torches” speaks of a fierce war between Israel and the armies of Islam, especially the beast that comes from Nineveh (ref. Nahum 2:1, Nahum 2:8).

The burden of Nineveh. The book of the vision of Nahum the Elkoshite… There is one come out of thee, that imagineth evil against the LORD, a wicked counsellor.

Who is this that comes out of Nineveh? It is none other than the Assyrian, also known as the Antichrist.

To those that say it was Israel that thought up the name “Chariots of Fire”, someone in the IDF, let me remind that Isaiah 29 explains that the LORD has closed the eyes of Israel, especially now at this time of the end.

So, there is no way that Israel could have understood the prophecy of Nahum.

This must have been divinely inspired.

And here’s the kicker.

“Chariots of Fire” is also the name of a 1981 movie that was re-released in 2012. The movie is based on a true story of two English men who competed in the 1924 Paris Olympics. One was Eric Liddell, a devout Christian who was born in China to Scottish missionary parents but was brought up in a boarding school in London. The other was Harold Abrahams, an English Jew.

The remarkable thing about the 1924 Olympics is that both men were supposed to compete in the 100-metre event. But Liddell, who was favoured to win that race, refused to run in one particular heat because it was held on a Sunday. He withdrew from that event, explaining that he had wanted to honour God.

… the LORD saith… them that honour me I will honour…

Liddell’s withdrawal meant that his teammate Abrahams ended up winning first place in the 100-metre event.

Subsequently, Liddell competed in the 400-metre event, which was held on a weekday. In that event, to everyone’s surprise, he ended up winning first place.

It was surprising because Liddell was a sprinter. He had been training for the 100-metre event. He was not a 400-metre runner, at least not by Olympic standards. This makes his victory all the more extraordinary.

To sprint for 400 metres one must have a special kind of strength, for it is unusual to run and not be weary. More about that more later.

Notice also, here, there is a Christian and a Jew, on the same team. Both of them managed to win the prize of first place in their respective Olympic events. The fact that one runner was a Christian and the other was a Jew evokes the olive tree of Romans 11, another end times prophecy.

Pressing the meaning of it all further, it is a very Christian thing to run the figurative race and strive to obtain the prize, as the apostle Paul had put it.

Know ye not that they which run in a race run all, but one receiveth the prize? So run, that ye may obtain.

These doctrines and metaphors are Christian, from the New Testament.

Therefore, what happened at the 1924 Olympics, the movie “Chariots of Fire”, and this IDF exercise in 2021 – all of this – must have been inspired by God.

One takeaway is this. Those who are running the race spoken of by Paul, both Christians and Jews, that have started to become “weary” (ref. 3) must think of the finish line and keep going. For the race is run for the prize at the end (ref. 1 Corinthians 9:24, Matthew 10:22).

Hast thou not known? hast thou not heard, that the everlasting God, the LORD, the Creator of the ends of the earth, fainteth not, neither is weary? there is no searching of his understanding. He giveth power to the faint; and to them that have no might he increaseth strength. Even the youths shall faint and be weary, and the young men shall utterly fall: But they that wait upon the LORD shall renew their strength; they shall mount up with wings as eagles; they shall run, and not be weary; and they shall walk, and not faint.