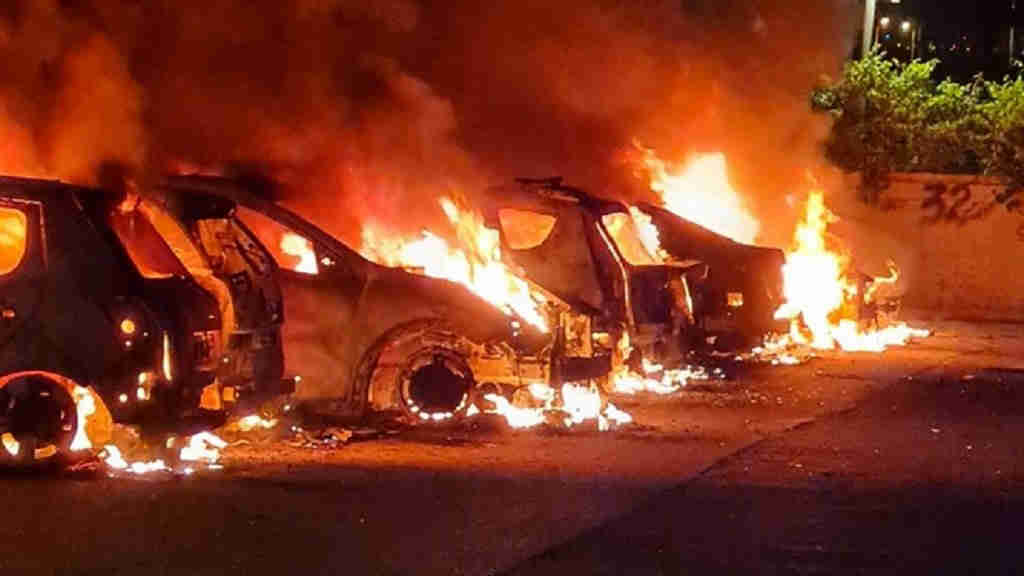 In the city of Lod in central Israel, populated by Jews and Arabs, young Muslim citizens of Israel rioted, vandalised shops and houses, threw petrol bombs, set fire to synagogues, burnt down cars, broke into City Hall and set it alight (ref. 1), and even lowered the Israeli flag and hoisted a Palestinian flag (ref. 2).

For a while, it seemed like the government lost control of the city.

The mayor of Lod, Yair Revivo, described it all as a “Kristallnacht” in Lod, referring to the Night of Broken Glass, a pogrom against Jews carried out by Nazi storm troopers in 1938.

Nothing like that has ever happened in the history of Israel.

Since then, the government of Israel has sent in riot police, declared a state of emergency, and established a curfew (ref. 3).

Yet, the unrest continues. And now there are reports that the lawlessness is spreading.

In Acre, a mob of Arabs attacked a Jewish man and nearly killed him (ref. 4).

In Bat Yam, near Tel Aviv, a mob of Jews dragged an Arab man out of his car and beat him unconscious (ref. 5).

It is as if there is a civil war!

Indeed, the president of Israel, Reuven Rivlin, recently appeared on TV and implored the citizens of Israel to stop this “madness”, this “civil war” (ref. 6).

Now, I should explain what is happening to Israel right now will happen across the world when the Assyrian begins his reign.

Prophetically, the beast will have seven heads and ten horns, meaning it will be an empire, literally a caliphate, of ten nations. Though the beast will control the armies of ten nations at most, it will devour the whole world and break it into pieces. It will do this because there are Muslims across the whole world (ref. Daniel 7:23). As prophesied, this will be a kingdom or an empire unlike any other in the history of the world.

Nations will be broken into pieces because enclaves of Islamists will be established.

You may have heard of no-go zones in Europe. In France, for instance, many areas of the banlieue are like that. The Muslims in those areas have no respect for the law of the land (ref. 7).

Today, already, they assert that the neighbourhood that they are in belongs to Islam, Dar al-Islam. You can imagine how it will be when there is a caliphate.

The Bible prophesies that the Assyrian will seek to change times and laws. Think Shariah law.

Any suburb or city with a substantial Muslim population will be dangerous. Many nations simply do not have enough police or armed forces to remain intact.

Before the apex of their worldwide empire, the Islamists will boast, Who is like unto the beast? who is able to make war with him? (ref. Revelation 13:4).

The answer to that can be found in the Bible.