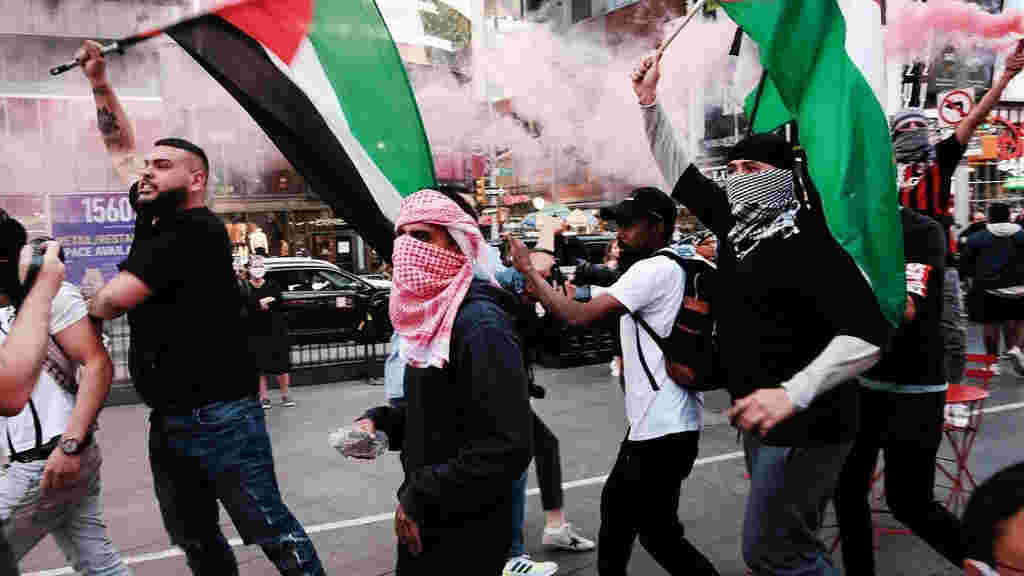 Over the last few days, there has been a spate of assaults against Jews on the streets, especially in the USA (ref. 1).

Besides the physical attacks, and incidents of harassment and vandalism, there has been a rise in antisemitism on social media (ref. 3), from Twitter and Facebook and Instagram to TikTok. And it is not only the age-old antisemitic tropes. Between 7 May and 14 May, Islamists and White Supremacists caused the tag #HitlerWasRight to trend on Twitter.

Those who understand Bible prophecy know that in the days ahead, things will only get worse.

The Bible prophesies that at the time of the end, Satan will persecute the woman that brought forth the man child, namely Jesus Christ, the Son of man (ref. Revelation 12:13). That woman, of course, is the lineage of Abraham, Isaac and Jacob, meaning the sons of Jacob, or the Jews.

And when the dragon saw that he was cast unto the earth, he persecuted the woman which brought forth the man child.

And I scattered them among the heathen, and they were dispersed through the countries: according to their way and according to their doings I judged them. And when they entered unto the heathen, whither they went, they profaned my holy name, when they said to them, These are the people of the LORD, and are gone forth out of his land. But I had pity for mine holy name, which the house of Israel had profaned among the heathen, whither they went.

This name is also the same “Ye” of Iésous, or Jesus.

And ye shall be hated of all men for my name’s sake: but he that shall endure unto the end, the same shall be saved.

This hatred for Jesus’s name’s sake which is to happen before the abomination of desolation (ref. Mark 13:14) is a hatred of Jews rather than Christians because, first, “Christ”, or Messiah, is a title and not a name, and second, a Jew must endure unto the end, or survive, to be saved, whereas a Christian would be resurrected if he or she were to be killed.

This is not to say Christians will not be persecuted in the days ahead. At some point, Satan will attack Christians as well.

And the dragon was wroth with the woman, and went to make war with the remnant of her seed, which keep the commandments of God, and have the testimony of Jesus Christ.

During the last days, in Babylon the great, the mother of harlots, both Jews and Christians will be persecuted and killed (ref. Revelation 17:6).

Now, I would like to remind about a part of Bible prophecy that, as far as I can see, no one seems to cover: God’s command to his people to come out of Babylon!

Flee out of the midst of Babylon, and deliver every man his soul: be not cut off in her iniquity; for this is the time of the LORD’S vengeance; he will render unto her a recompence… We would have healed Babylon, but she is not healed: forsake her, and let us go every one into his own country: for her judgment reacheth unto heaven, and is lifted up even to the skies.

Notice that these people of God are to save themselves and save their souls by fleeing Babylon. The reason for this is because, to be saved, Jews must endure unto the end – in other words, Jews must survive the coming world war!

I think, every individual Jew must decide for himself or herself where and when to go. I can only say that Jews must leave Mystery Babylon, which is the USA. Anyone that does not will not survive. Those Jews that forsake God and take the mark of the beast to escape persecution will suffer the wrath of God.

And the land shall tremble and sorrow: for every purpose of the LORD shall be performed against Babylon, to make the land of Babylon a desolation without an inhabitant.

There is no way around it. To survive, Jews must leave the USA.

For those that are considering Aliyah, which is the right of every Jew, I think, if you are not of fighting age and you cannot contribute to the IDF, or if you have a young family to look after, you should seek another country of refuge. Certainly, once the war starts and when Jerusalem is compassed by armies, no one should try to enter Israel (ref. Luke 21:20).

And when ye shall see Jerusalem compassed with armies, then know that the desolation thereof is nigh. Then let them which are in Judaea flee to the mountains; and let them which are in the midst of it depart out; and let not them that are in the countries enter thereinto. For these be the days of vengeance, that all things which are written may be fulfilled. But woe unto them that are with child, and to them that give suck, in those days! for there shall be great distress in the land, and wrath upon this people.

When the war is over, and the Assyrian, also known as the Antichrist, is defeated, Jews the world over will be called to return to the holy land.

And he shall set up an ensign for the nations, and shall assemble the outcasts of Israel, and gather together the dispersed of Judah from the four corners of the earth.

At that time, all Jews who are alive will be holy (ref. Isaiah 4:3). At that time, Zion will be the kingdom of God.

Sing, O daughter of Zion; shout, O Israel; be glad and rejoice with all the heart, O daughter of Jerusalem. The LORD hath taken away thy judgments, he hath cast out thine enemy: the king of Israel, even the LORD, is in the midst of thee: thou shalt not see evil any more.

1. Jacob Magid (21 May 2021), “ADL: ‘Dangerous and drastic surge’ in antisemitism in US linked to Gaza violence”, timesofisrael.com

2. Willy Lowry (21 May 2021), “Israel-Palestine conflict by the numbers”, thenationalnews.com