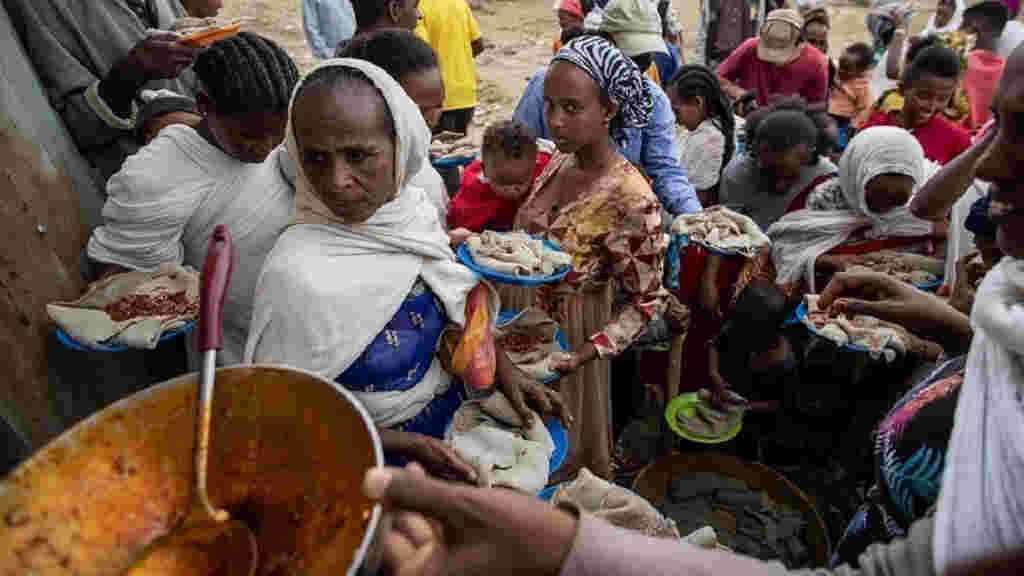 It takes a certain kind of madness to use your airforce to bomb a food market in a province of your own country, and consequently kill many women and children, just because you can. Yet, this was precisely what happened in the town of Togoga in Tigray yesterday.

The airstrike hit around 1 pm (local time) when the market was full of families busy shopping for food (ref. 1). Medical officials confirmed, at least forty-three were killed and many more were injured. Eyewitnesses said, there were no fighters of the TPLF in the area (ref. 1).

Furthermore, ambulances that had been rushed to the area on the main road from Mekelle were blocked by Ethiopian soldiers (ref. 1). Some ambulances did break through hours later using back roads, but for many of the severely injured it was too late.

One doctor who arrived at the scene recounts, “All the houses around the market were flattened, apples and tomatoes lying everywhere” (ref. 2).

This bombing did not only indiscriminately kill Tigrayans, and destroy the food that was there, but it was also a blatant act of terrorism – an attempt to terrorise Tigray into submission!

The bombing happened while Ethiopia was counting ballots from a general election held in seven of the country’s ten regions. There was of course no voting in Tigray.

Tigray remains at odds with the federal government of Prime Minister Abiy Ahmed Ali, the Nobel Peace Prize laureate and pretender Christian who sides with Islamists.

Apparently, the TPLF, or the Tigray People’s Liberation Front, are still very much in the fight. The TPLF say, they have retaken several towns in Tigray, and they have captured thousands of federal troops (ref. 3).

In desperation, apparently, the government of Ethiopia has resorted to using starvation as a weapon of war. The government denies it (ref. 4). But there is no denying that the region of Tigray is at risk of famine, and humanitarian aid is being prevented from reaching the area, and now evidently a food market full of Tigrayans shopping for food has been bombed in broad daylight.

Later on, in Mystery Babylon, food will again be used by Satan as a weapon. No one there will be permitted to buy or sell unless he or she takes the mark of the beast (ref. Revelation 13:16-17). Those who have prepped might find the government seizing their food stash per Executive Order 13603, which was signed by Barack Obama in 2012. Disregard what I say about Mystery Babylon at your own risk.