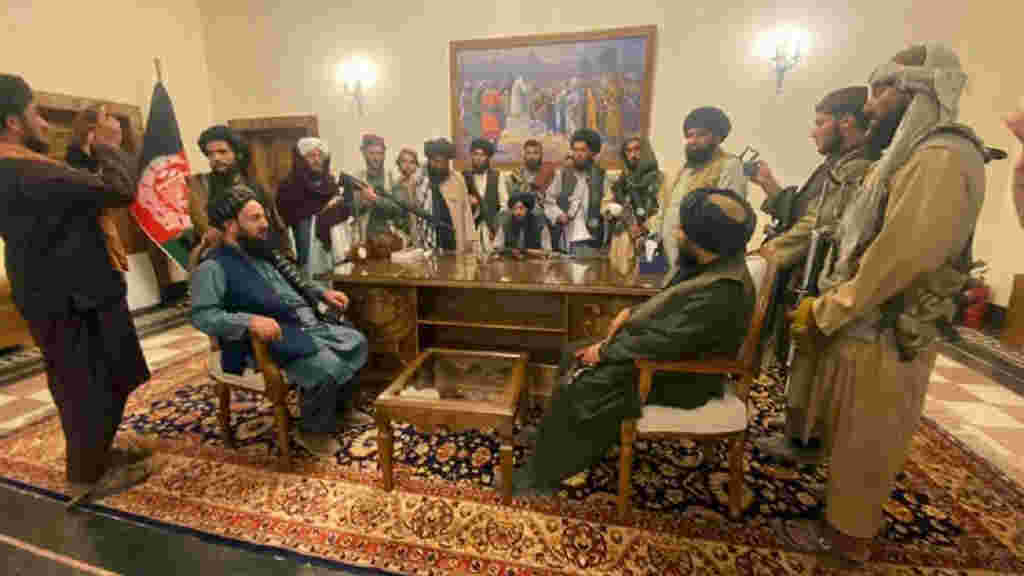 The Taliban have taken Kabul, including the Afghan presidential palace (ref. 1). The government of Ashraf Ghani has collapsed. Ghani himself has fled the country together with the vice president and national security adviser (ref. 2). Ghani is thought to have gone to Uzbekistan. The defence minister Gen. Bismillah Mohammadi has also fled. Reportedly, he went to the UAE.

Many residents of Kabul are in state of panic. There were traffic jams and even runs on banks. Some rushed chaotically to the airport, desperate to get out. Observers said it looked like Saigon 1975, the other famous time America abandoned a military ally during a war.

But all commercial flights have been suspended, and only military aircraft are allowed to land and take off.

Currently, Kabul International Airport is under the control of American soldiers. They and others are busy withdrawing embassy staff and other personnel from the country.

So, these people are trapped. Their abandonment is complete. For NATO in general and the USA in particular, this is a “shameful” day (ref. 3).

The Americans named their operation in Afghanistan “Enduring Freedom”. What a lie! (ref. 4)

Of course, some Afghans, who are pious Muslims, welcomed the Taliban in Kabul. They are glad to be under Sharia law.

The Assyrian, otherwise known as the Antichrist, also will seek to change times and laws, when he begins his reign.

Satan’s fourth beast will rise, and as prophesied it will “devour the whole earth” and “break it in pieces” (ref. Daniel 7:23). This will be a period of “great tribulation such as was not since the beginning of the world” (ref. Matthew 24:21).

However, at the appointed time, when the LORD of hosts wills it, and only then, a standard from the rising of the sun will be lifted up against the beast (ref. Isaiah 59:19).

… When the enemy shall come in like a flood, the Spirit of the LORD shall lift up a standard against him.

The colour of that flag will be red, the same colour as the vesture of Jesus Christ at his coming (ref. Revelation 19:13), a colour that signifies the winepress of the wrath of God. And so at that time, the people of this world will be liberated.

But the judgment shall sit, and they shall take away his dominion, to consume and to destroy it unto the end.

Not even Babylon the great, for all her military might, can protect the beast. Nor will Babylon survive.

Even the rebellious angels that are with the Assyrian, including Satan himself, will be defeated.

“His yoke shall depart from off them”. This means, at that time, Israel will be freed from the bondage of Satan.

On that day, when Jesus Christ is here on earth, Israel will become the kingdom of God, and Christians born-again and given the power of the Holy Spirit will rule the world.

So, rest assured, at some point, evil will come to an end. As the saying goes, these are the last days.

3. Letters (16 August 2021), “The abandonment of Afghanistan is shameful”, theguardian.com.