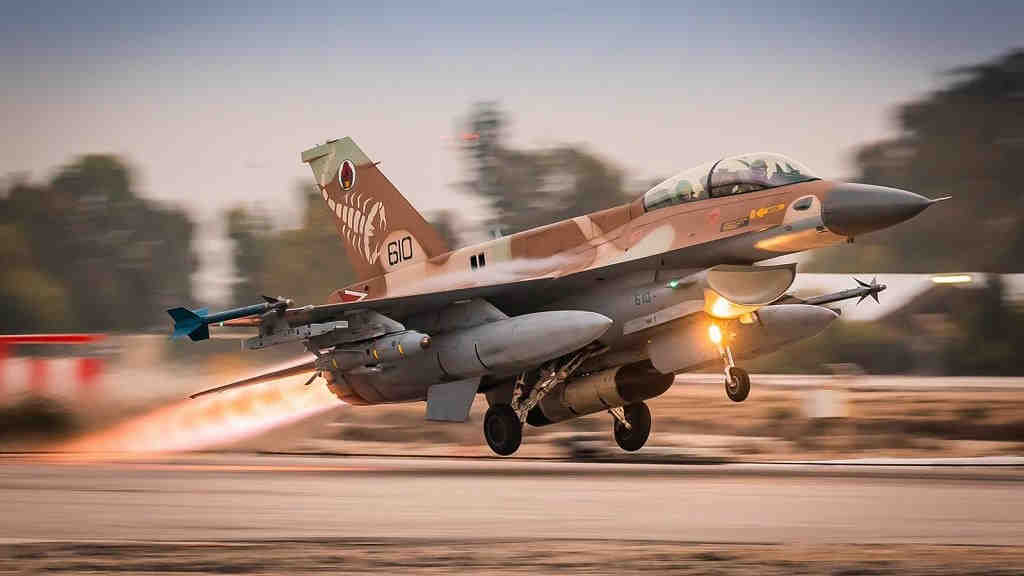 Revelation 13:7 has been interpreted by many to mean the Antichrist will reign over the entire world – that his will be a one-world government. This is incorrect.

And it was given unto him to make war with the saints [Israel], and to overcome them: and power was given him over all kindreds, and tongues, and nations.

What Revelation 13:7 actually says is that the Antichrist will be more powerful than all kindreds, and tongues, and nations.

Also, the proper translation is “power”, not “authority”, because elsewhere the Bible explains that some nations will resist and fight back!

The kingdom of the Antichrist, which is the fourth beast, or the beast with seven heads and ten horns, will be strong militarily because the Antichrist will wield the supernatural power of Satan himself, and that of the angels that are with him.

So much so that at the height of the empire of the beast, they who are with the beast will boast, Who is able to make war with him?

Remember, Islamists have long claimed “Allahu akbar”: “Allah is greater”. Imagine how they will behave when it suddenly appears as if they are right.

Now, let me explain what this power is from a military standpoint. This is something that I figured out years ago but I have not properly covered since.

Anyone who knows anything about modern warfare, or has played war games, knows that air power is a significant aspect of war.

Modern fighter jets and bombers are run by jet engines. All jet engines suck in air and combust the air to produce thrust. For this reason, the smallest debris can wreck the engine of a jet and bring down that plane. This is why volcanic ash is dangerous for planes.

Now, demons can carry objects and fly to put something into the air intake of a plane. Therefore, planes can be, and have been, brought down by demons (ref. 1). Remember, Satan himself is described in Ephesians 2:2 as “the prince of the power of the air”.

Of course, what a demon can do, an angel can also do, because demons are simply angels that have rebelled against God. By the way, angels outnumber demons two to one (ref. Revelation 12:4).

Now, let me show you an example of an angel bringing down something. On 4 August 2012, Serena Williams of the USA won the gold medal in women’s tennis at the Olympics, at Wimbleton, Britain. Maria Sharapova of the Russian Federation got silver. During the award ceremony, while America’s national anthem, the Star Spangled Banner, was playing, the flag of the USA fell down just as the anthem reached the lines “That our flag was still there. Oh say, does that star-spangled banner yet wave.” (ref. 2), yet the flag of Russia remained in place. That was no coincidence. It was a sign from God!

Here is another video recording of the moment (ref. 3).

The Star Spangled Banner, of course, celebrates the war of 1812 between the British Empire and the USA, the battle at Fort McHenry. The war of 1812 was also a war between good and evil. In that war, the red-coats reached Washington DC and burned down the White House and the US Capitol, to make a point.

Anyway, the point I was making is, the Antichrist will wield the supernatural power of Satan. For this reason, he will prosper, and for a while his kingdom will seem to be more powerful than every nation, per Revelation 13:7.

And the king shall do according to his will; and he shall exalt himself, and magnify himself above every god, and shall speak marvellous things against the God of gods, and shall prosper till the indignation be accomplished: for that that is determined shall be done.

At the appointed time, God will deny all nations the sky. Volcanoes everywhere, but especially around the ring of fire, will explode and cause pillars of smoke to darken the sky. At the sounding of the fifth trumpet, or the pouring of the fifth vial, a volcano somewhere in the Middle East, the bottomless pit, will also explode, and so the sky over the kingdom of the beast will be darkened.

And the fifth angel poured out his vial upon the seat of the beast; and his kingdom was full of darkness; and they gnawed their tongues for pain.

For this reason, when the time comes for Armageddon, which is the sixth trumpet and vial, the war will be fought on land, to the advantage of the army of horsemen, from the east!

A day of darkness and of gloominess, a day of clouds and of thick darkness, as the morning spread upon the mountains: a great people and a strong; there hath not been ever the like, neither shall be any more after it, even to the years of many generations… The appearance of them is as the appearance of horses; and as horsemen, so shall they run.

This is the same army that the LORD describes in Joel 2:11 as “his army”.

The earth shall quake before them; the heavens shall tremble: the sun and the moon shall be dark, and the stars shall withdraw their shining: And the LORD shall utter his voice before his army: for his camp is very great: for he is strong that executeth his word: for the day of the LORD is great and very terrible; and who can abide it?

As for demons, Jesus Christ is the creator of all things, seen and unseen, so he will deal with them as “the potter treadeth clay”.

Christians predestinated to rule, born again and imbued with the Holy Spirit, will do some of this work during the Millennial Reign of Jesus Christ (ref. 1 Corinthians 6:3).

Know ye not that we shall judge angels? …