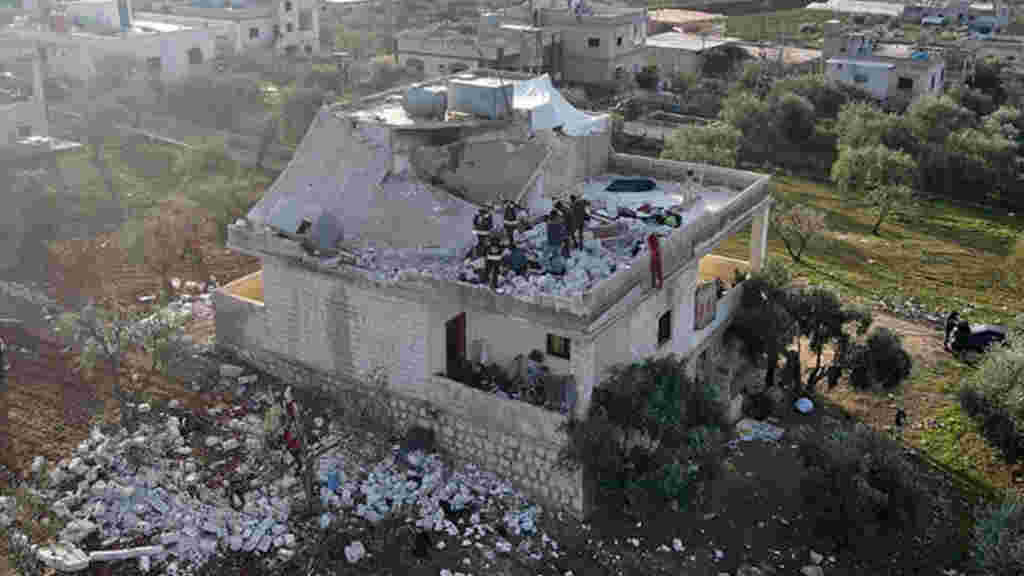 According to US President Joe Biden, last night, US special forces carried out a raid in Atmeh Syria against the leader of the Islamic State, Abu Ibrahim al-Hashimi al-Quryashi, also known as Abdullah Qardash (ref. 1). During this raid, reportedly, Abdullah Qardash detonated a suicide vest, killing himself and several others, including his wife and children (ref. 2).

Atmeh happens to be more or less the same area in Idlib province Syria where the previous leader of ISIS, Abu Bakr al-Baghdadi, killed himself with a suicide vest when he was raided by US special forces in 2019. The two sites are merely 15 miles apart.

For now, it is not clear whether Abdullah Qardash has actually died, or whether the whole thing is made up – a psyop to confuse everyone.

Remember, in Afghanistan August last year, in response to an ISIS-K attack at Kabul airport, America carried out a drone strike to kill an ISIS-K militant. At least that was what the Pentagon told the world at the time. Later, journalists found out that that strike had instead mistakenly killed ten innocent Afghan civilians including seven children (ref. 3).

If Abdullah Qardash is truly dead, that means I am wrong about the identity of the Assyrian, the one whose birth name is to sum to 666.

Shortly after al-Baghdadi was killed in 2019, ISIS released a statement through their media outlet Amaq confirming his death. As of now, ISIS has not confirmed the death of Abdullah Qardash.

Amaq remains the group’s media outlet because last month’s attack against a Kurdish SDF prison in Hasaka Syria was claimed by ISIS through Amaq (ref. 4).

If Abdullah Qardash is alive, then when the time is right, he will surface publicly, and prove that either the US has been mistaken or else the US has lied to the world in an elaborate but clumsy psyop.

The Bible says, in the final forty-two months, the Assyrian will be a public figure. This man will not be someone on the run or in hiding forever (ref. Revelation 13:7). Eventually, he will stand out in the open and speak publicly against the most High (ref. Revelation 13:5-6). What is more, he will wield the supernatural power of Satan himself (ref. Daniel 8:24), which means he will be invincible for the duration of his reign as leader of the beast with seven heads and ten horns.

His power means that he will be undone only by Jesus Christ himself on the day of the LORD.

… he shall also stand up against the Prince of princes; but he shall be broken without hand.

So, either Abdullah Qardash is not dead, or else I am wrong about the identity of the Assyrian.