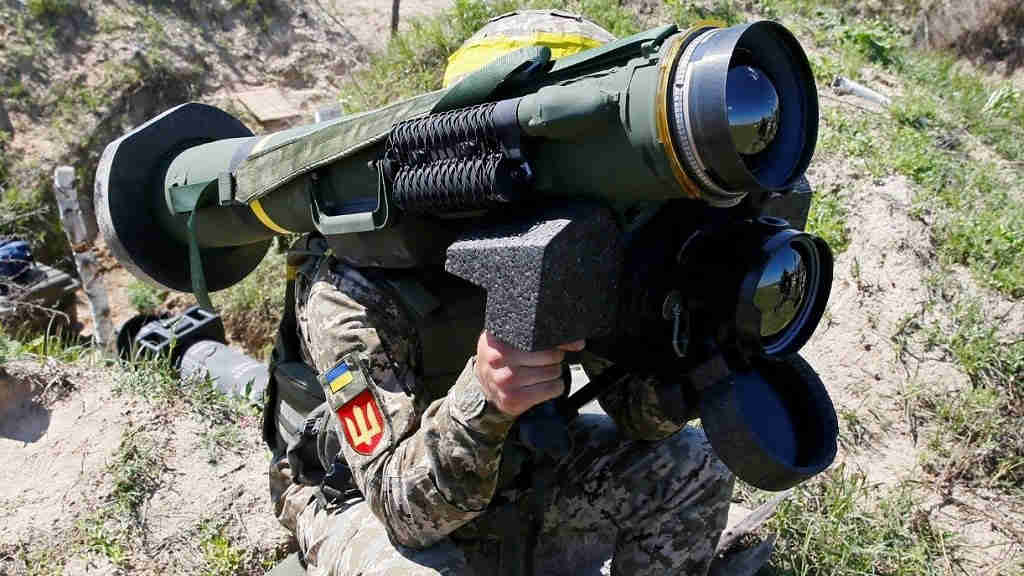 The conflict for Ukraine continues. The latest is that Russia has secured a land bridge between Donetsk and Crimea, and is gaining ground around Kyiv.

Today, Russia publicly warned the USA and NATO and others that henceforth convoys and shipments of weapons and ammunition to Ukraine are “legitimate military targets” (ref. 1).

Undeterred, the USA, in particular, has decided to rush to Ukraine more man-portable Stinger anti-air missiles and Javelin anti-tank missiles (ref. 2), insisting “the risk is worth taking”.

I did say a few weeks ago that the USA is already a belligerent in this conflict, providing weapons and battlefield intelligence to Ukraine. It is Bible prophecy that eventually there will be open war between the nuclear superpowers, a war that will culminate in Babylon’s day and hour of judgement.

As for why the USA rejected Poland’s idea to supply fighter jets to Ukraine via an airbase in Germany, that probably comes down to the fact that the said fighter jets will not last very long against Russia’s S-400 anti-air systems and against the Russian air force (ref. 3).

With Stingers and Javelins, however, I suppose, the USA thinks Ukraine might become for Russia a kind of Vietnam or Soviet-era Afghanistan.

But Russia has stated that its primary objective is to demilitarise Ukraine. That surely means defeating and disbanding the Ukrainian military, perhaps permitting only a police force armed with batons. That also means securing all of Ukraine’s borders and entry points, including the Black Sea and the air space over Ukraine.

Besides weapons, apparently, the west is also sending to Ukraine mercenaries – supposedly ex-soldiers from the USA, the UK and elsewhere (ref. 4) – to provide military training to Ukrainians and to fight alongside them.

Notice, for now, in this contest between good and evil, Russia is almost alone. It is as if the whole world is against Russia.

Even China is not yet in the fray. This will change when the second seal is opened.

And there went out another horse that was red: and power was given to him that sat thereon to take peace from the earth, and that they should kill one another: and there was given unto him a great sword.

China, understandably, prefers peace (ref. 5) because of the Belt and Road programme. And even concerning Taiwan, it is clear that China would like to win over Taiwan peacefully over time.

But those who serve Satan are compelled to destroy both Russia and China (ref. Revelation 16:13-14), for these two are the prophesied kings of the east.

In my opinion, the USA has already drawn first blood: America’s unleashing of Covid-19 in Wuhan in 2019 was an act of bio-warfare against China. Never mind that America did not succeed. It only matters that she tried.

Recently, a study has revealed that people of European ancestry are less prone to die from Covid-19 than others (ref. 6). This means, Babylon’s insidious pharmakeia, which has already killed over six million worldwide, is indeed designed to target specific races.

Furthermore, new research has figured out that Covid-19 will damage brain tissue and even shrink the size of brains (ref. 7). This brings to mind the flu virus or vaccine that the Pentagon was once exploring called “funvax”, an American bio-weapon that targeted the VMAT2 gene of the human brain.

I am sure, when the time is right, China’s Belt and Road will help rebuild this world.

And they shall say, This land that was desolate is become like the garden of Eden; and the waste and desolate and ruined cities are become fenced, and are inhabited.

But of course, it is impossible to build something that will last when the foundations are rotten.

The evil that now corrupts this world must be defeated.

Certainly, God will not allow Mystery Babylon to remain the cornerstone of the world.

Behold, I am against thee, O destroying mountain, saith the LORD, which destroyest all the earth: and I will stretch out mine hand upon thee, and roll thee down from the rocks, and will make thee a burnt mountain. And they shall not take of thee a stone for a corner, nor a stone for foundations; but thou shalt be desolate for ever, saith the LORD.

Concerning the information war, right now, it seems the whole world hates Russia and China. This is because Satan is a deceiver and his deception is widespread. Satan’s is an empire of lies.

Blessed are ye, when men shall revile you, and persecute you, and shall say all manner of evil against you falsely, for my sake.

The hatred of Russia and China is testament to how much influence the USA has in the world. Never before, since the tower of Babel, has one nation controlled so much. The Bible describes Mystery Babylon, the one “which reigneth over the kings of the earth” (ref. Revelation 17:18) in the last days, as “the wellfavoured harlot” (ref. Nahum 3:4) and “the praise of the whole earth” (ref. Jeremiah 51:41).

Understandably, it is uncomfortable to be ostracised and sanctioned.

Yet, believe it or not, there will come a time in these last days when most of the world will cheer for and applaud Russia and China.

The Bible prophesies that at some point God will do something that “the mistress of witchcrafts” cannot possibly counter. This thing, when it happens, will reveal to the whole world the truth that the United States of America is evil.

3. Paul McLeary, Alexander Ward and Betsy Woodruff Swan (10 March 2022), “Shot down: How Biden scuttled the deal to get MiGs to Ukraine”, politico.com