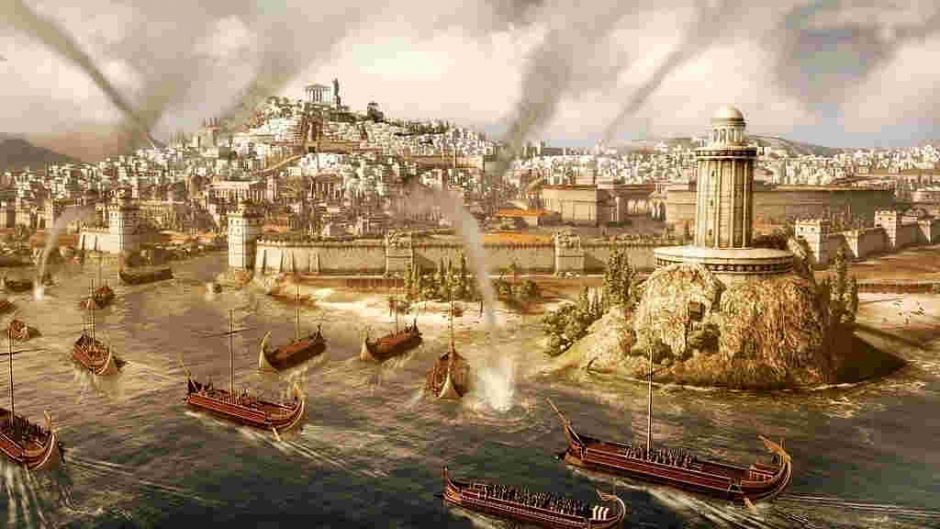 Before the Third Punic War of 149-45 BC, the great Roman statesman Cato always marked his speeches in the Roman Senate with “Carthago delenda est”, or something to that effect. These three short words, from the mouth of a rising superpower, would be the death sentence for Carthage, a Phoenician civilisation that stemmed from Tyre and also Atlantis. The Third Punic War saw one of Rome’s greatest generals, Scipio Aemilianus, or Scipio Africanus the Younger, decisively break the Carthaginian navy, in its day the mightiest. After that, he blockaded and defeated the rest of Carthage.

Carthage, like Atlantis before it, was essentially a maritime power, a picture of Mystery Babylon in these last days. For a long while, the warships of Carthage dominated the Mediterranean, enabling Carthage to control the trade routes. Consequently, the economy of Carthage boomed, and so Carthage became a superpower. Until this time, Rome had been a rising land power. The military superiority of the Roman army was largely due to the idea of the testudo, an innovation in battlefield formation that surpassed even the phalanx of Alexander the great. Rome’s comprehensive victory against Carthage in the Third Punic War made Rome the new superpower of the Mediterranean.

This fight between Rome and Carthage started in 264 BC, the First Punic War, a fight for the island of Sicily. Then in 218 BC, the Second Punic War, the infamous Carthaginian Hannibal Barca managed to do the unimaginable: he crossed the Alps with war elephants and invaded Italy. Hannibal’s invasion very nearly crushed Rome. Hannibal was only stopped at the Battle of Zama in 202 BC.

In the Third Punic War, the contest between Rome and Carthage would be settled once and for all. This time around, Rome had pronounced, “Carthago delenda est”: “Carthage must be destroyed”. So, after defeating the Carthaginian military, Rome did not occupy Carthage but rather annihilated it. Rome captured the city, and then burned all of it to the ground, building by building. The singed stones of the ruins of the city of Carthage in modern-day Tunisia are a testament to Rome’s fiery fury at that time. Rome even tried to sow salt into the soil to ensure the desolation would be comprehensive and Carthage could never recover.

The end of Carthage was the will of God, the LORD of hosts. The Carthaginians were a Phoenician people that stemmed from Tyre and Atlantis. The Phoenicians worshipped the god Baal, as in Hannibal, meaning “grace of Baal”, and also as in cannibal, meaning “priest of Baal”. Their religion practised ritual child sacrifice (ref. 1). They would burn alive some of their own children and then put the ashes of the sacrificed in Tophets, as part of a religious ceremony. Hundreds of years earlier, precisely because of this sort of thing, the LORD of hosts made Nebuchadnezzar of Babylon sack and destroy Tyre (ref. Ezekiel 26:7), and around that time Atlantis was sunk into the sea by a tremendous earthquake, an act of God (ref. Ezekiel 26:19).

In the news, archaeologists have uncovered the ruins of a Carthaginian city in southern Spain (ref. 2). Historically, Hannibal’s father conquered large parts of Spain for the empire of Carthage. If Carthage had not been destroyed, Europe and elsewhere might be very different today.

So, Carthage had to come to an end. And this was to be done by a rising superpower: Rome. Geographically, Rome was north and east of Carthage. What is more, Rome carried a banner that was red. Over four hundred and fifty years before Constantine, and some ninety-six years before Julius Caesar and the crossing of the Rubicon, which was one generation before Augustus Caesar and the Son of man, the Rome of Scipio Aemilianus generally was neither godly nor ungodly. You might say, Rome at that time from a spiritual standpoint was neutral. Yet, Rome fought in battle for the LORD of hosts to bring the evil of Carthage to an end.