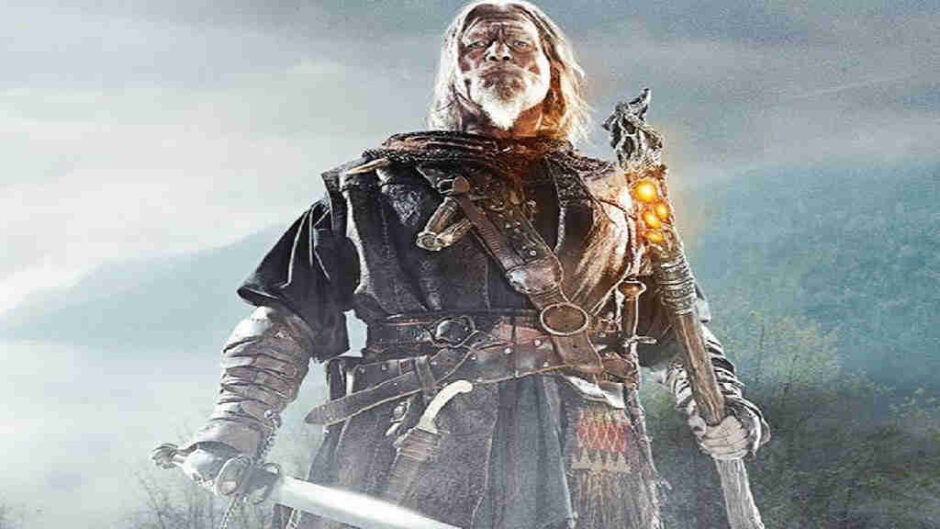 Once upon a time, knights battled against dragons. Or so goes many a medieval tale.

The legend of “Saint George and the Dragon” comes to mind. Even Tolkien wrote of warfare against dragons, though for Tolkien, contrary to the Bible, the east is Mordor, and some commoner bowman is able to slay the dragon Smaug (ref. 1).

Truth be told, the idea of knights fighting against dragons and slaying them is both allegorical and prophetic.

In the future, the saints of Jesus Christ will wage war against what remains of the servants of “the great dragon” (δρακων, “drakon”, ref. Revelation 12:9) that is Satan, also known as the Devil.

And Enoch also, the seventh from Adam, prophesied of these, saying, Behold, the Lord cometh with ten thousands of his saints, To execute judgment upon all, and to convince all that are ungodly among them of all their ungodly deeds…

As I have explained before, the “saints” or the “holy ones” of Jesus Christ are special Christians that have been chosen and predestined by God the Father to serve his Son during his one thousand year reign. A saint can be thought of as a knight, that is to say, he will be a warrior, a judge, and a lord.

Notice that it is written in Jude 1:14 that Enoch, who was “the seventh from Adam”, was the first to have prophesied this.

The movie Seventh Son (2014) is based on the medieval fantasy novel “The Last Apprentice: Revenge of the Witch” by Joseph Delaney. Both the book and the movie are about a battle between evil and good, between dragon-like witches and those who oppose them. In the movie, the ones that hunt down and fight the dragons of witchcraft are “knights” of the “Order of Falcons”, a falcon of course being a bird of prey. These hunters are typically chosen and trained, because they are the seventh son (ref. 2).

The catchphrase of the movie is this: “In the face of evil, claim your destiny”.

All of this – the bird of prey in this case a falcon, the hunting down of evil, the seventh son, and even the notion of destiny – clearly point to the saints of Jesus Christ, the prophecy of Enoch in Jude.

On the bird of prey, the Bible speaks of “a ravenous bird from the east”, “the man” that carries out the counsel of God from a country far from Jerusalem (ref. Isaiah 46:11).

On the hunting down of evil, the Bible speaks of “hunters” after the days of fishermen (ref. Jeremiah 16:16).

Even in the universe of Star Wars, if I may change the metaphor for a bit, you see in the trailer of Obi Wan Kenobi (2022) that once Armageddon is over – once the red light-sabres have prevailed in war – the Jedi are ruthlessly hunted down by their counterparts, the Sith, and by the likes of “the Inquisitors” (ref. 3). The Jedi are hunted in accordance with “Order 66” – there are 66 books in the Bible. Of course, Star Wars has things back to front, because the Jedi, the ones who wield supernatural power among the rebellion, are the ones described as “Knights”.

On the seventh son, as mentioned earlier, there is the fact that Enoch was “the seventh from Adam” (ref. Jude 1:14).

On the notion of destiny, the Bible speaks of predestination and election: the idea that God chose specific individuals from before the foundation of the world (ref. Ephesians 1:4-5) to be glorified on the day of Christ (ref. Romans 8:29-30), and to serve him essentially as warriors and lords in the age to come.

One thing to be said about the movie Seventh Son (2014) is that it, having come from the adversary of God, namely a daemon or a genie, attempts to suggest that there is such a thing as a witch that is not evil.

This same idea is also being spread by the likes of the Harry Potter novels and films, propaganda to brainwash the young.

It is logical that any supernatural power that is not from God must be from Satan and his lot, for in reality there are only two sides, good and evil.

So, witchcraft is always and everywhere evil, and all witches must be stopped.

Witchcraft must be stopped because the rebellion against God (ref. Revelation 12:7-9) must be brought to an end, and order must be restored.

A picture of the enemy, the dragon, is expressed in Job 41. In the book of Job, Satan is described as “leviathan”, a beast that, contrary to the imagination of Tolkien, no human weapon can defeat.

The sword of him that layeth at him cannot hold: the spear, the dart, nor the habergeon. He esteemeth iron as straw, and brass as rotten wood. The arrow cannot make him flee: slingstones are turned with him into stubble. Darts are counted as stubble: he laugheth at the shaking of the spear.

Only the two-edged sword of God (ref. Psalms 149:6) can wound Satan and his angels.

This monstrous beast that resembles a crocodile and also a serpent-like dragon is king over all the children of pride (ref. Job 41:34). Yet the hope of him is in vain, because Satan is the opponent of Almighty God (ref. Job 41:9-10).

Behold, the hope of him is in vain: shall not one be cast down even at the sight of him? None is so fierce that dare stir him up: who then is able to stand before me? What hath prevented me, that I should repay him? whatsoever is under the whole heaven is mine.

In the movie Season of the Witch (2011), again, we can see, the knight in battle against the dragon.

In this case, two medieval knights and a Christian priest are tasked with transporting a witch to an abbey to destroy the witch’s power (ref. 4).

Towards the end of the story, it is revealed to the audience that the witch is actually a woman possessed by a flying dragon (ref. 5).

This makes sense because, the power of witchcraft, what the self-professed Satanist Aleister Crowley called magick, indeed comes from a demon, or to put it another way, a dragon.

Now, I should say, in these last days, the world will witness the supernatural.

On one side will be the Antichrist and the False Prophet. These two men will wield the power of Satan.

And in the latter time of their kingdom, when the transgressors are come to the full, a king of fierce countenance [the Assyrian], and understanding dark sentences [witchcraft], shall stand up. And his power shall be mighty, but not by his own power…

… and the dragon gave him [the Assyrian] his power, and his seat, and great authority.

And I beheld another beast coming up out of the earth; and he had two horns like a lamb [the False Prophet], and he spake as a dragon. And he exerciseth all the power of the first beast before him…

On the opposing side will be the two witnesses of Jesus Christ (ref. Revelation 11:1-6).

These two prophets of God will wield the power of God. They will change the climate to smite the earth as often as they will, so that this wayward and distracted world might listen to what they have to say (ref. Revelation 11:6). And besides that, they will be given the power to defend themselves for the duration of their testimony (ref. Revelation 11:5).

So, in these last days, there will be supernatural phenomena from the Devil as well as from God.

Both the Antichrist and the False Prophet will be undone only by Jesus Christ himself, and only on the day of the LORD (ref. Daniel 8:25, 2 Thessalonians 2:8-9).

… he shall also stand up against the Prince of princes; but he shall be broken without hand.

Also, on the day of the LORD, Jesus Christ will send forth his angels to remove out of the promised land all things that offend, which must include any demons that are there. Angels outnumber demons two to one, and angels are stronger and also smarter than demons. Smarter, because one would have to be stupid to choose the side of the adversary of God after having seen the throne of God in heaven (ref. Revelation 12:4).

The Son of man shall send forth his angels, and they shall gather out of his kingdom all things that offend, and them which do iniquity; And shall cast them into a furnace of fire: there shall be wailing and gnashing of teeth. Then shall the righteous shine forth as the sun in the kingdom of their Father. Who hath ears to hear, let him hear.

So, angels will do that on the day of Christ.

But after the reaping of the harvest on that same day, the saints of Jesus Christ will be given the task of stopping any evil that is left throughout the world.

Once more, a saint can be likened to a knight or a medieval lord, someone who is to fight as a soldier of Jesus Christ, to be a righteous judge, and to have lordship over an area. This makes clear the meaning of “the Lord of lords”, a title of Jesus Christ that is beside his other title “the King of kings”.

A saint is also someone given wings as eagles. In other words, he is a bird of prey, ravenous and ready to devour his enemy.

On top of all that, a saint is someone made immortal and given the very power of God, the “rod of iron” that is the Holy Spirit.

From all this, it follows that there will come a time when knights, so to speak, will take on dragons.

The saints, otherwise known as the holy ones of God, will do this for the glory of the kingdom of God, a commonwealth that is prophesied to eventually span the entire globe.

Then cometh the end, when he shall have delivered up the kingdom to God, even the Father; when he shall have put down all rule and all authority and power. For he [Jesus Christ] must reign, till he hath put all enemies under his feet.

1. “Smaug’s death The Hobbit The Battle of the Five Armies”, youtube.com/watch?v=5haX0SXvk1Q

5. “Exorcism, Season of the Witch”, youtube.com/watch?v=-4BnfzBKL2E