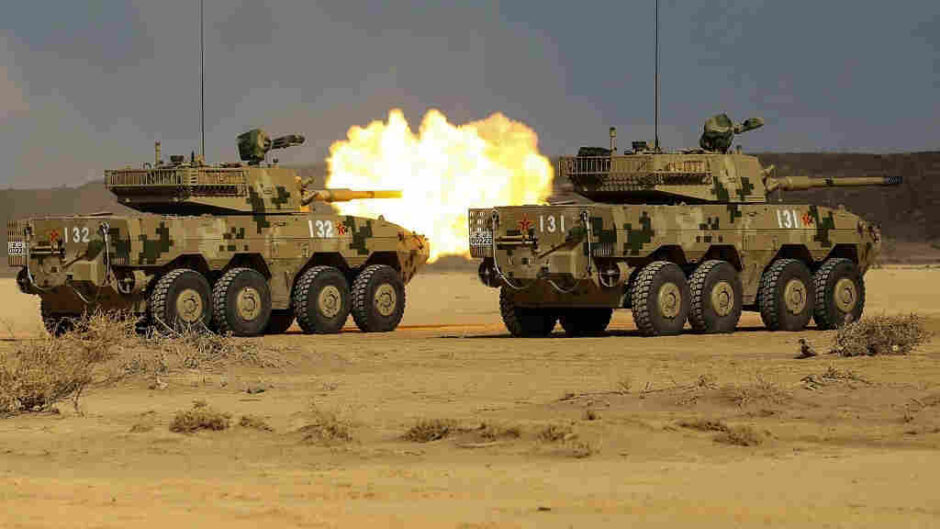 Edmund Allenby, who during WWI led the British Empire’s Egyptian Expeditionary Force in the conquest of Palestine, was not only a brilliant general but also a faithful Christian.

At first, Allenby had no desire to be a soldier. He had wanted to become a civil servant in India, but he failed the entrance exam.

Fate would lead him to Royal Miltary College Sandhurst, and later to the Staff College in Camberley. By this time, he had developed a passion for the sport of polo, and for horseriding in general.

Allenby had been a cavalry officer from the start of his military career. After Sandhurst, he was given command of the 6th Dragoons, then the 5th Royal Irish Lancers, then the 4th Cavalry Brigade, then the 1st Calvary Division, then the Calvary Corps, and then eventually the entire Egyptian Expeditionary Force of the British Empire. Clearly, the cavalry had been his destiny.

His only child was named Michael, which means in Hebrew “Who is like God?” Michael also happens to be the name of the archangel that leads God’s army of angels in heaven.

Beersheba 1917, the battle that was seminal to the taking of Jerusalem, was the world’s last successful cavalry charge. The decision to charge was made out of the blue. Australian Light Horsemen, armed with bayonets rather than sabres, charged into Turkish positions that were held by canons and machine guns, and defied the odds.

The last time the British Empire tried something like this was at the Battle of Balaclava during the Crimean War decades earlier. That charge of a proper British cavalry complete with sabres, made immortal by the poem of Tennyson, utterly failed.

“Forward, the Light Brigade!
Charge for the guns! he said:
Into the valley of Death
Rode the six hundred.”

Then, after the success of Beersheba 1917, came the victory of Megiddo 1918. Megiddo is the area in Israel that is literally “Armageddon”.

The Battle of Megiddo 1918 was won by Allenby primarily because of manoeuvre. More than once, Allenby’s Egyptian Expeditionary Force on horseback outmanoeuvred the Turks, and so caught the defenders off guard.

It was this astute and no doubt divinely inspired generalship that prompted Field Marshal Earl Wavell, who wrote an account about the British campaign for Palestine, WWI, to quote in his account Jeremiah 12:5 of the Bible.

If thou hast run with the footmen, and they have wearied thee, then how canst thou contend with horses? …

Manoeuvre warfare was something the British developed in the 17th and 18th centuries, in the day of General John Churchill, 1st Duke of Marlborough, the ancestor of Winston Churchill. If an army could move with its supplies faster and further than the opposing side, then it could steal a march.

But of course, today, with the use of radar and satellites and drone surveillance, many regard manoeuvre warfare as a relic of the past. Today, the position of every battle group is almost always known so that military planners can move and adjust units accordingly. More often than not, there is no stealing a march or catching a defending force off guard.

However, if one realises that the battlespace will be darkened at some point – that satellites will be brought down, and that the sky will be denied to all by the ash of exploding volcanoes – then suddenly manoeuvre warfare is a thing again.

That day is a day of wrath, a day of trouble and distress, a day of wasteness and desolation, a day of darkness and gloominess, a day of clouds and thick darkness, A day of the trumpet and alarm against the fenced cities, and against the high towers, And I will bring distress upon men, that they shall walk like blind men, because they have sinned against the LORD…

From my reading of Bible prophecy, I am almost sure that when the time comes for the east to win, the key to military victory will be manoeuvre! This explains why the sixth trumpet involves an army of horsemen.

Now, let me put on the hat of an armchair general (not someone who is in the military but someone who has played many a computer war game). The following are some things that I have been able to figure out from Bible prophecy about military strategy in these last days. There is actually quite a lot of detail in the Bible.

First, more often than not, it is better to attack than to defend.

The original task of Allenby’s Egyptian Expeditionary Force was to defend Egypt in general and the Suez Canal in particular. But rather than take up a defensive position, the EEF went on the attack. Sometimes attack is the best form of defence.

In chess, the side that attacks is the one that seizes and controls the initiative. By controlling the initiative, you compel your opponent to respond to your moves. As a result, the game will play out in a predictable way, and so everything can be anticipated and thought through.

Second, to anyone who has ever played a computer strategy war game, it might have occurred that it takes more units and resources to defend an entire line than to punch through a specific point in that line. This insight is key to attaining victory through manoeuvre warfare.

By concentrating a force for the purpose of attacking a specific point in the line, the attacking side can outnumber the defending side at that precise point, and so the attack should prevail. This, I once read somewhere, is the military idea of “defeating in detail”.

In my opinion, this is the military power of cavalry: manoeuvre and charge.

Third, to those who insist that the days of the tank and the days of the armoured infantry fighting vehicle are over, because of the anti-tank guided missile and the rocket propelled grenade, let me say that the ATGM and the RPG have only spelt the end of the idea that the tank should move in front of infantry to protect infantry, as it did towards the end of WWI.

Nowadays, it is infantry such as recon and drone teams that should screen the tank and the infantry fighting vehicle.

This must be one of the reasons why the army of horsemen of the sixth trumpet will be incredibly large. While it is an army of horsemen, as in armoured vehicles, there will also be a lot of infantry and a lot of marching.

Fourth, when the enemy entrenches itself and fortifies an area to make it a stronghold, the entire fortification can be burned from afar by thermobarics and other fiery weapons.

A fire devoureth before them; and behind them a flame burneth… yea, and nothing shall escape them.

Draw thee waters for the siege, fortify thy strong holds: go into clay, and tread the morter, make strong the brickkiln. There shall the fire devour thee; the sword shall cut thee off, it shall eat thee up like the cankerworm…

… the cankerworm spoileth, and flieth away. Thy crowned are as the locusts, and thy captains as the great grasshoppers, which camp in the hedges in the cold day, but when the sun ariseth they flee away, and their place is not known where they are.

And I will restore you the years that the locust hath eaten, the cankerworm, and the caterpiller, and the palmerworm, my great army which I sent among you.

By the way, the supernatural locusts from the bottomless pit of the fifth trumpet and vial will not eat any green thing neither any tree (ref. Revelation 9:3-5). These locusts will essentially weaken the beast, and make things easier for the locusts of the sixth trumpet and vial. The two are not one and the same.

So, manoeuvre warfare will be important, even though it does not seem so right now.

The idea, again, simply put, is to punch and then move, then punch again and then move, and so on, until the opposing side has no line or better yet no army left. Of course, each punch should have the weight of superior numbers, for it is axiomatic that there is strength in numbers.

I think, these ideas that I have raised – assuming I am correct – should simply occur by divine inspiration to the relevant commanders of the armies of the east in due time.

It is fascinating that General Allenby consulted the Bible during his campaign in WWI, for insights on how to fight in the holy land. The battle at Michmash was one famous example.

One thing Allenby got wrong though was his remark after his liberation of Jerusalem. On the day he walked through Jaffa gate triumphantly in December 1917, he remarked that “The wars of the crusades are now complete”.

However, the idea that Allenby’s was the final crusade of all time was mistaken.

The Bible prophesies that there will be one more, and this will happen at the time of the end. This one will culminate on the day of the LORD, the return of Jesus Christ.

Like the crusades of the past, when victory was attained by horsemen – think Godfrey of Bouillon and his knights armed with lances – this one will again involve horsemen.

There will be an army of horsemen such like the world has never seen.

For a nation is come up upon my land, strong, and without number, whose teeth are as the teeth of a lion, and he hath the cheek teeth of a great lion.

My sense is that this army will use speed and manoeuvre to its advantage, as well as numbers.

Thy crowned are as the locusts, and thy captains as the great grasshoppers, which camp in the hedges in the cold day, but when the sun ariseth they flee away, and their place is not known where they are.

Apart from the kings of the east, there will also be two armies from heaven, everyone sitting atop spiritual white horses: one army of angels, and the other of saints.

And the armies which were in heaven followed him upon white horses, clothed in fine linen, white and clean.

So, there must be something remarkable about the military power of horsemen in these last days.