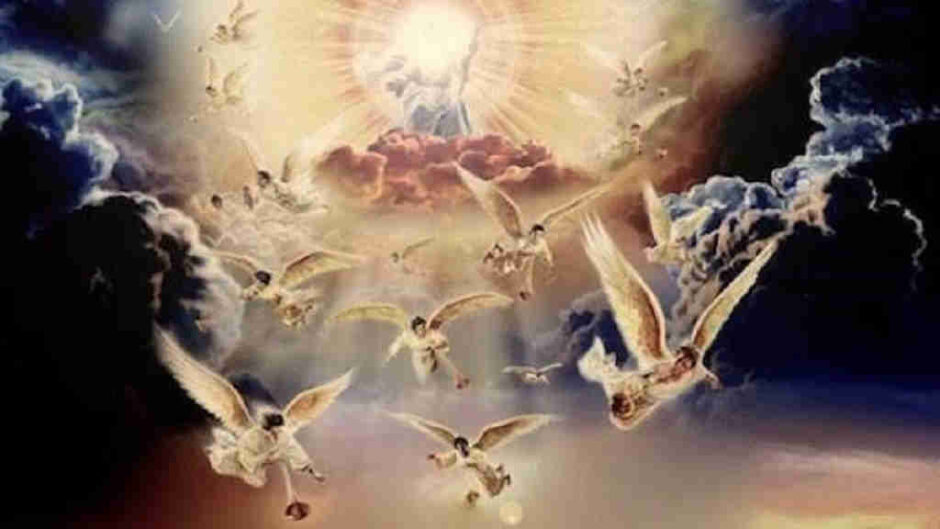 On 27 September 2022, CNN published an article about Christians suffering from “rapture anxiety” (ref. 1). The article reads that millions of Christians in America have been raised to think that the rapture can happen at any time before the period at the end of the world known as the tribulation: “Righteous Christians ascend into heaven, while the rest are left behind to suffer”. This is the idea of the pre-tribulation rapture, an eschatology that was invented and made popular in the USA in the 1830s by John Nelson Darby of the Plymouth Brethren, a sect that had splintered from the Anglican church. In the 20th century, the idea of the pre-trib rapture was further popularised by the Scofield Reference Bible 1909 & 1917, a lousy and an unsound commentary of the KJV Bible.

The notion of a pre-tribulation rapture is wrong because, for one thing, Matthew 24:29-31 reads that “immediately after the tribulation of those days” shall the Son of man “send his angels” at the sound of a trumpet to “gather together his elect”. These are the very words spoken by Jesus Christ himself on this matter when he was here on earth as the Son of man.

Immediately after the tribulation of those days shall the sun be darkened, and the moon shall not give her light, and the stars shall fall from heaven, and the powers of the heavens shall be shaken: And then shall appear the sign of the Son of man in heaven: and then shall all the tribes of the earth mourn, and they shall see the Son of man coming in the clouds of heaven with power and great glory. And he shall send his angels with a great sound of a trumpet, and they shall gather together his elect from the four winds, from one end of heaven to the other.

This is the rapture, or, better yet as it is properly known in the Bible, “the reaping” of the harvest (ref. Revelation 14:14-16).

And I looked, and behold a white cloud, and upon the cloud one sat like unto the Son of man, having on his head a golden crown, and in his hand a sharp sickle. And another angel came out of the temple, crying with a loud voice to him that sat on the cloud, Thrust in thy sickle, and reap: for the time is come for thee to reap; for the harvest of the earth is ripe. And he that sat on the cloud thrust in his sickle on the earth; and the earth was reaped.

The English word “rapture” does not actually occur at all in the Bible. It comes from the Latin “rapturo”, meaning “snatch” or “catch away”. The same in Greek is “harpazo”.

For the Lord himself shall descend from heaven with a shout, with the voice of the archangel, and with the trump of God: and the dead in Christ shall rise first: Then we which are alive and remain shall be caught up [αρπαγησομεθα, a derivative of “harpazo”] together with them in the clouds, to meet the Lord in the air: and so shall we ever be with the Lord.

Going back to Matthew 24:29, notice that it is “after” the tribulation rather than before. This means the rapture must be post-tribulation, or post-trib as opposed to pre-trib.

Immediately after the tribulation of those days…

To be precise, the reaping, or the rapture, will happen at the time of the seventh trumpet and vial, “the last trump” (ref. 1 Corinthians 15:52), which is “the day of the LORD” itself, the day of the Second Coming of Jesus Christ.

This last Rosh Hashanah, between 25 September and 27 September, the tag “#rapture” was trending on Twitter. It did so, because somebody influential among evangelicals had spread the lie that the pre-trib rapture would happen on Rosh Hashanah 2022. This trend on social media that day probably explains the motive for CNN’s news article dated 27 September 2022 about Christians and rapture anxiety.

CBN News, “Christian Broadcasting Network”, picked up on CNN’s article but then went on to make all the wrong statements about the rapture (ref. 2).

First of all, CBN perpetuates the heresy that the rapture is pre-trib: “that Jesus is going to come back to rescue his bride prior to God unleashing his wrath” upon the earth. The whole point of the tribulation is to separate the wheat from the chaff: to distinguish the faithful from the foolish. Second, CBN says, all believers will be raptured. Actually, among the living, only the saints will be taken. Those that are alive that are not to serve Jesus Christ on earth during the Millennial Reign such as women and children need not be translated at that time.

It is true that among the saints not yet perfected, there might be anxiety that the rapture has past. Even in the day of Paul and the Thessalonians, the demons that were around then were already at it, spreading the same heresy of a pre-trib rapture and causing anxiety for some of the saints, “the brethren”. This prompted Paul to say what he did in 2 Thessalonians 2:1-5. His words “our gathering together unto him” refer to the reaping, or the rapture. And this is to occur, as Paul puts it, only after the apostasy or “a falling away”, and after the man of sin, namely the False Prophet, is revealed to the world. All of this again suggests post-trib rather than pre-trib.

Now we beseech you, brethren, by the coming of our Lord Jesus Christ, and by our gathering together unto him, That ye be not soon shaken in mind, or be troubled, neither by spirit, nor by word, nor by letter as from us, as that the day of Christ is at hand. Let no man deceive you by any means: for that day shall not come, except there come a falling away first, and that man of sin be revealed, the son of perdition; Who opposeth and exalteth himself above all that is called God, or that is worshipped; so that he as God sitteth in the temple of God, shewing himself that he is God. Remember ye not, that, when I was yet with you, I told you these things?

The pre-trib rapture is a dangerous heresy and delusion because all who assume they will be raptured before the tribulation will likely take the mark of the beast, thinking that both the beast and the mark must be something else simply on the grounds that no Christians are to be around during the tribulation.

Christians, saints or otherwise, are to watch for the signs of the end to avoid the mark of the beast (ref. Revelation 14:9-11). This is necessary for salvation.

Now, let me explain precisely what it is that Christian saints are to watch for in these last days so as to be ready for the moment of the reaping, or the rapture, at the Second Coming of Jesus Christ.

For the Son of man is as a man taking a far journey, who left his house, and gave authority to his servants, and to every man his work, and commanded the porter to watch. Watch ye therefore: for ye know not when the master of the house cometh, at even, or at midnight, or at the cockcrowing, or in the morning: Lest coming suddenly he find you sleeping. And what I say unto you I say unto all, Watch.

In Revelation 16, it is further revealed that Christians are to especially watch for “Armageddon”. This is because in between verse 14 and verse 16, which speak to Armageddon, is the parenthetically placed verse 15. This verse that seems to digress from the subject at hand is about Jesus Christ coming as a thief in the night: “Behold, I come as a thief. Blessed is he that watcheth…”

And the sixth angel poured out his vial upon the great river Euphrates; and the water thereof was dried up, that the way of the kings of the east might be prepared. And I saw three unclean spirits like frogs come out of the mouth of the dragon, and out of the mouth of the beast, and out of the mouth of the false prophet. For they are the spirits of devils, working miracles, which go forth unto the kings of the earth and of the whole world, to gather them to the battle of that great day of God Almighty. Behold, I come as a thief. Blessed is he that watcheth, and keepeth his garments, lest he walk naked, and they see his shame. And he gathered them together into a place called in the Hebrew tongue Armageddon. And the seventh angel poured out his vial into the air; and there came a great voice out of the temple of heaven, from the throne, saying, It is done.

So, any saint that is still alive around the time of Armageddon should watch the news carefully and be ready to be lifted up in glory.

And this know, that if the goodman of the house had known what hour the thief would come, he would have watched, and not suffered his house to be broken through. Be ye therefore ready also: for the Son of man cometh at an hour when ye think not.

Remember, at the time of the seventh trumpet and vial, the Son of man Jesus Christ will send forth his angels to gather together his elect on earth and in heaven. All Christians who have died during the tribulation, saint or otherwise, will be resurrected and born again. Then, all of the saints among Christians who are alive on earth at that time will also be raised up into the air, and be changed or translated.

As of now, only the first seal has been opened. There will be a second, a third, a fourth, and so on, all the way up to the seventh. When the seventh seal is opened, the seven trumpets and vials of the wrath of God will begin. Armageddon will happen at the sounding of the sixth trumpet and at the pouring of the sixth vial. The seventh trumpet and vial is the day of Christ, the moment of the rapture.

1. A J Willingham (27 September 2022), “For some Christians, rapture anxiety can take a lifetime to heal”, cnn.com