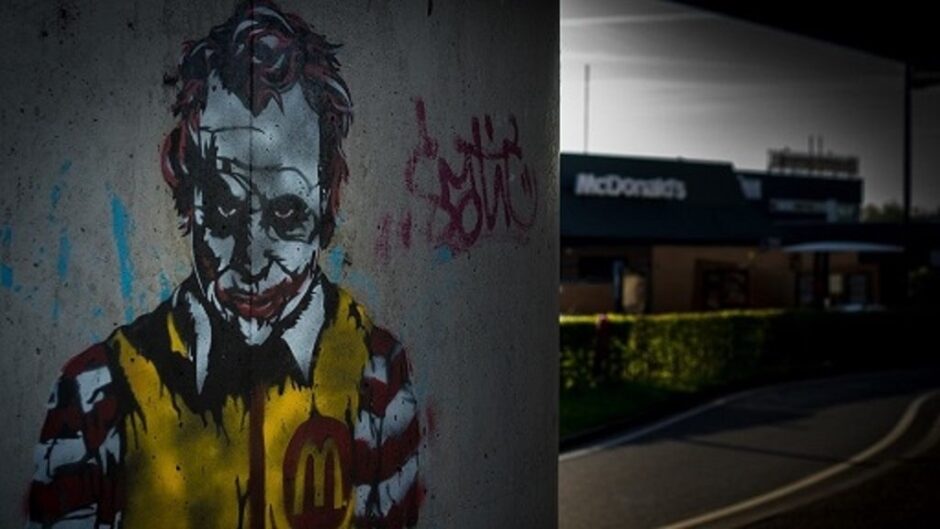 Have you ever wondered why Revelation 18 prophesies that certain merchants of the earth, which were made rich by Mystery Babylon, shall weep and mourn when her fiery end comes on the day of the LORD? And for that matter why it is that, at some point after that, no one anywhere will buy the merchandise of those merchants anymore?

And the merchants of the earth shall weep and mourn over her; for no man buyeth their merchandise any more: The merchandise of… marble… and oil, and fine flour, and wheat, and beasts… [etc]

The merchants of these things, which were made rich by her, shall stand afar off for the fear of her torment, weeping and wailing, And saying… For in one hour so great riches is come to nought… And cried when they saw the smoke of her burning, saying, What city is like unto this great city!

For this reason, many might think that, when Babylon comes to an end, no merchants outside of Babylon would necessarily weep, nor lament that no man buys their merchandise anymore.

Yet, the Bible says in Revelation 18 precisely this will happen.

The first thing to be said is that some merchants have become rich not because of skill or hard work, but rather because they have cheated, having done a deal with the Devil. Over time, these same merchants have expanded into multinationals, organisations that do business across the globe.

The Knights Templar of the Middle Ages can be regarded as the world’s first multinational. As an organisation, the Templars became immensely wealthy because an evil spirit had given them ahead of everyone else the insight of the traveller’s cheque, and also the exploit of usury, the idea of profiting from the mathematics of compound interest.

If thou lend money to any of my people that is poor by thee, thou shalt not be to him as an usurer, neither shalt thou lay upon him usury.

Originally a military organisation for Christendom, the Templars gradually morphed into what amounted to an international bank. In London England, for example, the chapel known as Temple Church, established in 1185, was a building of the Knights Templar, and also London’s first ever bank. When the Templars were formally disbanded by Christendom for secretly worshipping Satan, those that escaped to the Scotland of Robert the Bruce established the new secret society of Freemasonry. There, later, some Templars built the esoteric Rosslyn Chapel. Today, the headquarters of Scottish Rite Freemasonry is appropriately in Washington DC, the capital city of Mystery Babylon. Furthermore, in England, there is something called the Masonic Order of Knights Templar, proving the link between Templars and Freemasons. The secret society of Freemasonry, and its offshoots, including the Bavarian Illuminati and more recently Skull and Bones, essentially rule the west in these last days for the Devil. For this, some high-ranking members have been made rich.

To give you another example, there is the Forbes family, an extended American family long prominent in Boston Massachusetts. The family’s fortune originates from the opium trade in the 19th century, an illicit drug business that the British East India Company had started to solve Britain’s trade imbalance at that time. More than that, opium is a means for sorcery (pharmakeia). This narcotic facilitates demonic influence and even possession, so it is truly an enterprise of the Devil. As a business, the addict’s need to consume more of the drug makes continual sales and profits a sure thing. One famous descendant of the Forbes family is the American politician John Forbes Kerry, a graduate of Yale and an alumni of the secret society of Skull and Bones. Another of the Bonesmen, as they are known, is George W Bush, the US president that invaded Iraq to topple Saddam Hussein under the pretext of imminent danger from fictitious WMDs. That invasion confirmed to the world that the United States of America is Babylon. Many a Bonesmen serves in the CIA, because the CIA was conceived at a private gathering of Skull and Bones. This well-known fact is portrayed in the movie The Good Shepherd (2006). It is also no secret, at least not anymore, that the CIA has been in the drugs business, specifically trafficking crack cocaine, for the purpose of raising funds to carry out the Cold War. Kill the Messenger (2014) and American Made (2017) are two Hollywood accounts of the CIA in the drugs business.

So you see, certain merchants and organisations have been made rich because of the Devil. The expression a Faustian bargain even exists today because this sort of thing is real.

Once the kingdom of God is here, and it is decreed by Lord Jesus Christ himself (ref. 1 Corinthians 4:5), or by the body of Christ and so the Holy Spirit, that certain corporations are evil, surely consumers across the world who aspire to be Christian and to have eternal life will avoid buying the goods and services of those corporations.

Be not unequally yoked together with unbelievers: for what fellowship hath righteousness with unrighteousness? and what communion hath light with darkness? And what concord hath Christ with Belial? or what part hath he that believeth with an infidel?

I think it is this that explains why certain merchants will come to say, “no man buyeth their merchandise any more”.

The case of McDonalds in America in the year 1977 makes this point. According to one American Christian at least, in June 1977, Ray Kroc, the principal owner of McDonalds, appeared on the TV talk show Mike Douglas, and there, when asked what he did with all his money, he let slip that he had donated a lot of it to a church of Satan (ref. 1), based in San Francisco, the same part of America where the occult Bohemian Grove is located. Apparently, after that admission, that same year, many American Christians started to boycott McDonalds. But after a while it was all forgotten and things went back to usual.

I myself started to avoid McDonalds after I found out online that a McDonalds burger will remain the same in room temperature for weeks, months and sometimes even years on end. This begs the question what is in a McDonalds burger? Is it even food that is safe to eat? The meme is now so widespread that one competitor of McDonalds has an advertisement about it (ref. 2).

Another meme on McDonalds that that same competitor once made a thing about is the scary clown (ref. 3).

The irony of the meme of the scary clown, or joker, is that it may well be true, not least because of the reported admission of Ray Kroc himself, that McDonalds became the wealthy and powerful multinational that it did because of the Devil.

In the Bob Dylan song, All Along the Watchtower, featuring the joker and the thief, the Devil boasts that it is he that has enriched certain businessmen of Mystery Babylon:

“Businessmen, they drink my wine
Plowmen dig my earth
None of them along the line
Know what any of it is worth”

Certainly, the manner in which Ray Kroc came to acquire the business of McDonalds from its founders was, in a word, evil. The movie The Founder (2016) tells of Kroc’s dishonesty, unconscionable conduct, and breach of contract.

Woe unto him that buildeth his house by unrighteousness, and his chambers by wrong; that useth his neighbour’s service without wages, and giveth him not for his work

In Russia, the pull out of McDonalds was quickly filled by a local competitor named Tasty & that’s it (ref. 4). This proves that if one merchant is shut down, another entrepreneur will quickly take his place, and so the consumer will not miss out on anything, nor will an economy be hurt by it.

So, there will surely come a time when certain multinationals will be judged and effectively shut down because they were once enriched by the Devil.

Whether McDonalds will be one of these multinationals because it is true that Ray Kroc did do a deal with the Devil remains to be seen.

Now, a multinational corporation connected to Babylon can exist beyond the borders of Babylon, with staff and sales in markets across the globe.

The likes of IBM, Hugo Boss and also Ford might have gotten away with their association with Nazi Germany during WW2. The same sort of thing will not happen again.

During the Millennial Reign, every organisation that has served the Devil in some way at some point will not be permitted to carry on with business as usual.

Such businesses must pay the ultimate price so that it is clear to all alive that nobody has profited from choosing the side of the Devil.

It is recorded in Matthew, Mark and Luke that when the Son of man was first here, he said to a “young” (ref. Matthew 19:22) rich man, a “ruler” (ref. Luke 18:18), who had approached him, that that man should give up all of his riches if he wanted to follow him and have treasure in heaven (ref. Matthew 19:21). The explanation for this is that that young man most likely inherited wealth and power from his family, which in turn had acquired that wealth and power through evil means. So, his were ill-gotten gains that no one who wants to be good should enjoy.

Jesus said unto him, If thou wilt be perfect, go and sell that thou hast, and give to the poor, and thou shalt have treasure in heaven: and come and follow me. But when the young man heard that saying, he went away sorrowful: for he had great possessions.

And Jesus looked round about, and saith unto his disciples, How hardly shall they that have riches enter into the kingdom of God!

In due time, evil must lose in every possible way. The Devil will not only lose his kingdoms, his armies, his agents and his servants, but significantly also his merchants.

For this reason, there will come a day, as scripture prophesies, when merchants that have thrown in their lot with the Devil will weep and say “no man buyeth their merchandise any more”.

2. “This new burger can rot”, youtube.com/watch?v=f3Vuid88FYk