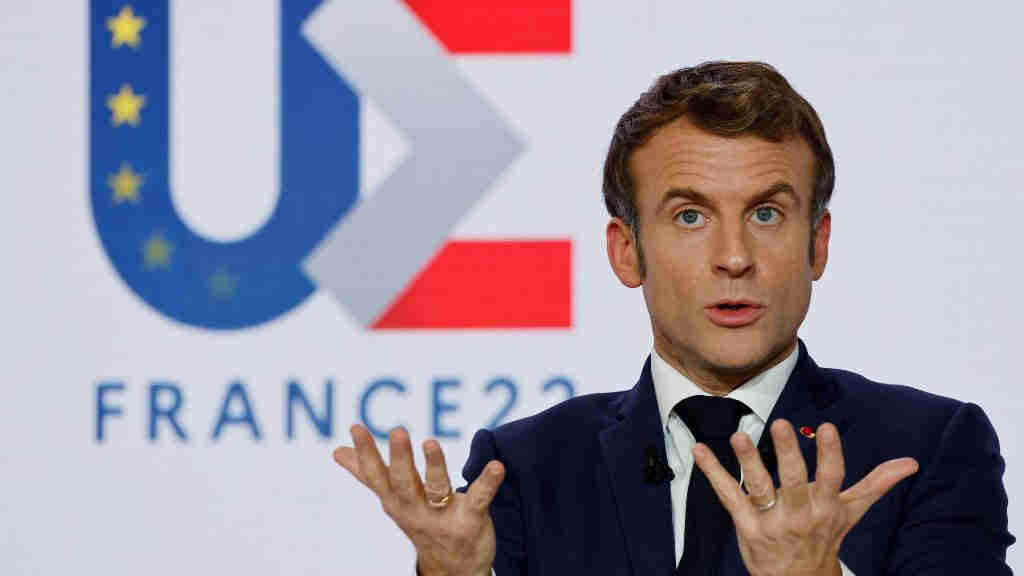 At the start of this year, France assumed the Presidency of the Council of the European Union (ref. 1). France will remain at the helm of the EU until 30 June 2022.

One of the things that Emmanuel Macron wants is “Europe powerful in the world, fully sovereign, free of its choices and master of its destiny” (ref. 1). For this cause, Macron will seek to create an EU army.

Since 2018 and with the introduction of the Permanent Structured Cooperation, PESCO, the EU has been making progress towards an EU wide army, which is a formation separate from NATO.

Concerning NATO, today, France happens to hold command of NATO’s Very High Joint Readiness Task Force (ref. 2). At the core of this force is a French-German brigade of 3500 troops, ready to deploy within days.

The Bible prophesies that Turkey and Greece (Grecia) will wage war against each other in due time (ref. Daniel 8:22-23, Joel 3:6). Both Turkey and Greece are in NATO, and Greece is within the EU. The Bible also prophesies that the Assyrian will fight against Cyprus (Chittim) (ref. Daniel 11:30). This fight, which will surely involve Turkey, will again see NATO versus the EU. Cyprus is within the EU, and Turkey is a NATO member.

It is also remarkable that among the NATO member states, France is the only one outside NATO’s Nuclear Planning Group, meaning France has not committed its nuclear-armed submarines to the NATO alliance, and will not participate in any nuclear war related discussions at NATO.

At a recent press conference about the new EU presidency, there is a slight but noticeable difference between France’s Emmanuel Macron and Germany’s Ursula von der Leyen (ref. 3).

I once thought there might be something to Leyen, because the German “Leyen” is pronounced “lion”. Apparently, Ursula von der Leyen speaks three languages including French, and read both economics and medicine, and even has a PhD in medicine, with or without plagiarised parts. As a German politician, she worked for Angela Merkel for many years.

But today it is clear that Merkel, whose full name is Angela Dorothea Merkel, has not done what she was meant to do. “Dorothea”, which is Greek in origin, literally means “gift of God”. Merkel, who is also exceptionally intelligent with a PhD in quantum chemistry, lived her formative years in East Germany. This explains why she can speak fluent Russian. Merkel’s father, Horst Kasner, was a Protestant pastor and theologian that was wary of West Germany and the USA. At a time when some Germans ran across the wall from east to west, he migrated his family from Hamburg to East Berlin. Towards the end of his life, Kasner was a Christian, yet at the same time a socialist.

So now, Europe’s future rests on Macron alone. Macron’s first name, “Emmanuel”, which is Hebrew in origin, literally means “with us God”.

In 2018, when Macron visited China, he gifted Xi Jinping a horse named “Vesuvius” and a sabre. Vesuvius is a volcano in Europe. A horse of fire and smoke and brimstone is Revelation 9:17. Though Macron was brought up a Catholic, today he is agnostic, so he could not have known about Bible prophecy. The statement must have been supernatural, and so at the time I thought God must be with Macron.

But then last year, France’s unusual FONOP in the South China Sea, and sudden withdrawal from Mali, and unexpected rapprochement towards Kagame’s Rwanda caused me to doubt Macron.

There was also that slap “Montjoie Saint-Denis, à bas la Macronie”, which I did say at the time was either the work of an angel or a demon.

Maybe, many of France’s foreign policy missteps last year were due to Jean-Yves Le Drian, whose fashion sense in spectacles betrays the sort of person that he is.

As for “Montjoie Saint-Denis”, that was a war cry last heard at Agincourt, when God was not with France. This alone suggests that the slap came from a demon.

Regarding “la Macronie” – Macron’s “revolution” in thinking to transform the left and move France towards a business-friendly, laissez-faire economy – that too is something that a demon would oppose. In economics, some theories such as Keynes’ are simply incorrect and will lead to suffering, while others such as Friedman’s are correct and will lead to prosperity.

What prompted me to change my mind about Macron is recent news that his wife, Brigitte Macron, is being slandered. Apparently, she is suing over false rumours spreading on social media that she was born a man (ref. 4). The accusations must be false because she has three biological children from an earlier marriage. Of course, if demons (ref. Revelation 12:10, John 8:44) are attacking Macron, then he must not be on their side.

There is also AUKUS. The unexpected announcement of AUKUS last year suggests that the prince of Australia already knows that France will not be on its side.

Eventually, Macron gained admission into École Nationale d’Administration instead. This other grande école prepared him for public service and politics.

Before École Nationale d’Administration, Macron read philosophy at masters level at Université Paris Nanterre, completing a thesis on Machiavelli and Hegel. The ideas of Hegel, another Freemason, could have led him astray, but remarkably as a student of philosophy, Macron worked as an editorial assistant to the French philosopher Paul Ricoeur on the book, “Memory, History, Forgetting” (ref. 5).

Ricoeur was a socialist, yet at the same time a Protestant Christian (ref. 5).

Indeed, the Bible does speak of fair and timely wages for workers.

Woe unto him that buildeth his house by unrighteousness, and his chambers by wrong; that useth his neighbour’s service without wages, and giveth him not for his work

Towards the end of his life, Ricoeur taught philosophy at the University of Chicago, which is renowned in the field of economics for the likes of Milton Friedman, who figured out monetary economics, and Friedrich Hayek, who inspired Margaret Thatcher.

So, Ricoeur was also a socialist that embraced the market economy.

This is precisely today’s China! This explains why China is wealthy, and at the same time why China has lifted so many out of poverty.

If there be among you a poor man of one of thy brethren within any of thy gates in thy land which the LORD thy God giveth thee, thou shalt not harden thine heart, nor shut thine hand from thy poor brother: But thou shalt open thine hand wide unto him, and shalt surely lend him sufficient for his need, in that which he wanteth.

While Macron’s party La République En Marche! is labelled as centrist, Macron has long identified himself as left-wing. Indeed, the phrase “En Marche” or “Forward” is socialist in origin.

Nowadays in France, to be left-wing is to stand with unions, or with the Jacobins of the 1789 French Revolution.

France is plagued by paperwork, excessive unionism, and a false memory of the 1789 Revolution.

For France, it is important to remember that the 1789 Revolution and Napolean’s grand army had nothing to do with left and right. The 1832 attempted revolution in Paris, however, did.

The 1832 one was immortalised by Victor Hugo’s Les Misérables. The English musical Les Misérables even sings of Christianity and the reds!

If Europe is to be “fully sovereign” and “master of its destiny”, then Emmanuel Macron must lead France and the European Union to the correct side of history.

There is time enough to do correct economics after the coming war.

For now, it is only necessary to keep in mind the fact that “Abdullah”, whom the false prophet of Mystery Babylon will point to, means “slave of Allah”!

And as the words of Les Misérables sing:

“Do you hear the people sing?
Singing a song of angry men!
It is the music of a people
Who will not be slaves again.”

“Red, the blood of angry men!
Black the dark of ages past!
Red, a world about to dawn!
Black, the night that ends at last!”

1. AFP (1 January 2022), “France sets out an ambitious programme for its presidency of the European Union”, euronews.com

3. “The EU must have a dialogue with Russia, says France’s Macron”, youtube.com/watch?v=Rtga4N25Tw4